The Scottish Doctor will depart after the 2017 Christmas special.

Peter Capaldi will leave Doctor Who in the show's 2017 Christmas special.

The announcement was made during an interview on Jo Whiley's BBC Radio 2 show, where Capaldi stated "One of the greatest privileges of being Doctor Who is to see the world at its best."

"From our brilliant crew and creative team working for the best broadcaster on the planet, to the viewers and fans whose endless creativity, generosity and inclusiveness points to a brighter future ahead.

"I can't thank everyone enough. It's been cosmic."

Capaldi's announcement may come as a shock to some, as it was only a month ago that he stated he wanted to continue to play The Doctor for a 'long time'.

His departure as the 12th Doctor coincides with that of writer and executive producer Steven Moffat.

Capaldi's Doctor will return to our screens starting in April for the 10th season of the rebooted show, consisting of 12 episodes. That will then be followed by the Christmas special.

Although last year's Christmas special was a hit in terms of ratings, the show suffered a severe viewing slump for the last season, a reason Capaldi partially attributes to bad scheduling.

The speculation of who might replace Capaldi is already in full swing. 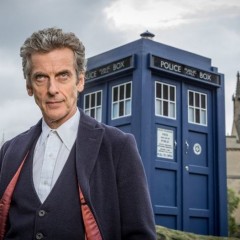 Peter Capaldi stepping down as Doctor Who

The Scottish Doctor will depart after the 2017 Christmas special.