Hopefully you have had an amazing week, and weren't caught in a snow storm.

I myself am recapturing my youth by taking a snow-day, so no column from me this week.

See you on the flipside!

The Golden Globe winners were announced this week in a ceremony that saw La La Land win an unprecedented seven awards. The Ryan Gosling and Emma Stone hit tells the story of two aspiring artists (jazz musician and dancer respectively) trying to make ends meet in the world of showbusiness. Both Gosling and Stone won awards in the best performance category, while Damien Chazelle won two awards for directing and screenplay, and Justin Hurwitz won for the best original score. Netflix continued to show its dominance in the TV sphere by taking home two awards for its new drama series The Crown.

A full list of winners can be found in the source below.

One of the big winners at the Golden Globe awards was Meryl Streep, and not just for the Cecil B. DeMille award she was bestowed for her outstanding contributions to entertainment.

"Disrespect invites disrespect. Violence incites violence. When the powerful use their position to bully others, we all lose. OK, go on with that thing. OK, this brings me to the press. We need the principled press to hold power to account, to call them on the carpet for every outrage."

Trump, not one to take any criticism unchallenged, went on the attack, calling Streep "over-rated" and a "Hillary flunky". Most presidential.

Nominations for the Razzies released

Moving from the very best in entertainment to the very worst, we this week saw the Razzies shortlist for 2017. For those not in the know, the Razzies, officially known as the Golden Raspberry Awards, commemorate the very worst in cinematic achievement. Super dud Batman V Superman: Dawn of Justice have eight separate nominations. It's difficult to disagree with the awarding body as the cinematic release was a total mess. The ultimate edition released improved the coherence of the plot, but by then the damage was done. Other films on the list include Suicide Squad, Zoolander 2, Dirty Grandpa and Assassins Creed. The 'winners' will be announced on 23 January, a day before the Academy Award nominations.

In a livestream on Thursday, Nintendo announced that their new hybrid console will be priced at £279.99 in the UK, and will be available on 3 March. They also offered more details as to the specs of the device. When docked in its cradle, the Switch will be able to deliver 1080p graphics via HDMI, and when being used as a handheld the device will limit graphical output to 720p to eek the most battery life out of the 720p multitouch display. It will come with 32GB of internal storage that can be expanded using microSDHC and microSDXC. The device will charge using the new USB-C standard, and will come with either grey or neon red and blue Joy-Con controllers. Nintendo are trotting out all the usual suspects for its launch games; Zelda, Mario and Mario Karts, as well as some new RPG's like Xenoblade Chronicles 2. The jury is still out though as to whether or not the Japanese company has finally found their next home-run.

Labour MP and former shadow education secretary has resigned to take up the role of director and the Victoria and Albert Museum. The decision to step down has triggered a byelection in his constituency of Stoke, which is seen as vulnerable seat due to the high polling of UKIP. Hunt's decision to step-down will cause further headache for Jeremy Corbyn, of whom Hunt has been exceptionally critical of. Corbyn has already had a public dispute with shadow defence secretary Nia Griffith over Britain's role in NATO, and although Hunt has insisted that he does not intend to "rock the boat", critics are bound to use this as further evidence that Corbyn's leadership is tearing Labour apart. Polls this week already show Theresa May is enjoying the longest political honeymoon of any post-war Conservative PM, although some argue it is due to Labour weakness more than Conservative strength.

Millennials may not remember the joy of going into a corner shop with 20p in your pocket and coming out with two Freddo bars. Currently priced at roughly 25p, the frog shaped chocolate bar is set to see 20% price hike in spring, meaning the snack sized cadbury chocolate bar will cost 30p. Mondelēz, the food conglomerate who controversially reduced the weight of Toblerone last year, has warned that further price hikes will affect other Cadbury brands, although declined to comment on which ones, or whether or not they will all increase by 20%. A spokesperson said that the price-hike was necessary due to increased costs of production, not aided by the fall in value of the pound.

President Barack Obama this week awarded Vice President Joe Biden with the Presidential Medal of Freedom with Distinction, the highest civilian honour. The award was a surprise to Mr Biden, who believed that the gathering was simply a toast between himself, the President and senior staffers. Mr Biden, who already had a tear in his eye, was celebrated for his public service for nearly half a century, in which time he authored the Violence Against Women Act, led the Cancer Moonshot initiative, and was the spearhead to the campaign against sexual assault on college campuses. Despite all he has achieved, Mr Biden remained humble, and in a teary speech said that he didn't deserve the praise because he's "had so many people to lean on." It is well documented that Mr Obama and Mr Biden have a very strong working and personal relationship, with the internet meme community making the most of the bromance.

Disney are reportedly in negotiations with Carrie Fisher's estate to secure the rights to her digital image in future Star Wars film, according to BBC Newsnight. Fisher has already seen her image digitally recreated in last years Rogue One: A Star Wars Story, where the final frames were of 1977 Princess Leia. The BBC used the words "continuing appearance" in their report, suggesting that Disney are seeking to negotiate her digital image for future films posthumous. It has previously been reported that Princess Leia had a significant role in both Episode VIII & IX, but Fisher had only completed filming of the former before passing away. Disney are no strangers to the posthumous use of actor's likeness, as Rogue One also digitally recreated Peter Cushing for his role as Grand Moff Tarkin. Cushing passed away 15 years ago.

Sky have cancelled the broadcast of an episode of their comedy satire series Urban Myths due to complaints that the depiction of Michael Jackson is offensive. The show was already embroiled in controversy for casting white actor Joseph Fiennes to play the King of Pop, but when the trailer came out there was a severe backlash from both fans and family of the deceased musician. His daughter, Paris-Michael Jackson said that the trailer "makes me want to vomit", and Jackson's nephew Taj stated that "no words could express the blatant disrespect". Sky issued a statement saying that they are " not in the habit of pulling programmes" but felt on this instance it "was the right decision to take." The episode had been due to air in April.

Director General Tony Hall told staff this week that by 2020 he wants BBC iPlayer to be reinvented to be the top online TV service in the UK. "We need it to make the leap from a catch-up service to a must-visit destination in its own right," he said. Plans to make this a reality include making more series available online before they air, so viewers are able to 'binge-watch', something that has become commonplace for subscribers to rival service Netflix. Statistics show that iPlayer already is in good standing to achieve their goal, as Ofcom found that a third of the UK population used iPlayer during 2015, while only 16% used Netflix or Sky's TV platform. Lord Hall also emphasised the importance of the BBC doing more to help audiences understand the news, with focus on more in depth analysis to breaking news stories. To help accomplish this, a new team are being assembled to help debunk 'fake news'.

Watch Jeremy Hunt get chased down the street

Health Secretary is coming under increasing fire for the NHS crisis that appears to be gripping the country. Or at least, he would be, were he not basically in hiding. Subsequently, it becomes the role of reporters to try and get a response from him. Unfortunately in this instance he didn't say anything - but he did have to do a literal U-turn because he couldn't find his ministerial Jaguar. What a fool. 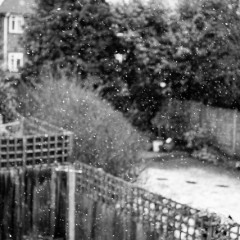