We still seem to be here so I'm assuming the world hasn't ended as a result of last week's shock election result.

Going to keep it short and sweet this week for you all. Why? Because there are only 35 days until Christmas! 35 days… where has the year gone. Very soon we will be in 2017, and I don't think anybody will look back on this year as a particularly good one.

Included in the news this week is updates on two horrific attacks, one at the Bataclan and one against the late Jo Cox MP. Both events symbolise the worst of humanity, but both our updates detail how even the ugliest of acts cannot keep us down forever. So long as we continue to promote unity, and combat hate and intolerance wherever we see it, there will always be hope.

It would seem we have a new evil to add to the black book too, this so-called 'shrinkflation'. It started with Toblerone creating a new 'happier' version of their classic triangular prism shaped chocolate, and now Mars are getting in on the size reduction game. Their sharing bag of Maltesers have reduced in size by a considerable 15%, while maintaining the same price. Stating increased production costs as the reason for the size reduction, a spokesman said "sometimes we have to make the difficult decision to reduce the size of some of our products so our consumers can continue to enjoy an affordable treat."

With Mars' revenue in 2013 topping $33bn, I'd be inclined to say they could personally afford to absorb these price increases, but there we go. It is only going to take one company to take the hit on costs of production to maintain the same size and price point to dominate the market. Alternatively, people might switch to consuming more fruit, which can only be getting more competitive in price to junk food. This could be a long-term win for the consumer, and the NHS. Or maybe I'm getting too hopeful…

Oh, and let's give a quick mention to the Snooper Charter, which is due to be passed into law within the next few weeks. This sloppy, invasive and potentially dangerous precedent setting bill will force ISPs to store all of your browsing history for a year, and can allow the Government to force companies to hack into products they've sold. Do you trust the government with all of this information, considering they can't look after a memory stick, or for that matter your internet service provider, given the recent hacks on TalkTalk and Three. To me, this is only going to be bad for the public, and will easily give our Government the most extreme vetting powers in the developed world.

Anyway, I said I would keep this short and failed. I'm in a very ranty mood of late. I'm blaming the weather. Give it another couple of weeks and you'll probably find me on a street corner with a soap box.

Have an awesome weekend and we'll see you next week!

Memorial concert for the Paris attacks held at the Bataclan, headed by Sting

A year after the massacre in the Bataclan where 90 people lost their life, a memorial concert was held with English singer-songwriter Sting staging. This was the first gig since the ISIS gunman started firing into the crowd of a packed out rock concert. Speaking in French, Sting said "We've got two important things to do tonight. First, to remember and honour those who lost their lives in the attacks a year ago, and to celebrate the life and the music of this historic venue. "So before we begin, I would like to ask that we observe one minute of silence ... We shall not forget them." A minute silence was then observed, before launching into one of his hits, Fragile. There was a heavy police presence outside the venue and people being searched before entering, amid fears of a new attack.

Within 24 hours of going online, the trailer for Disney's live-action remake of Beauty and the Beast was viewed more than 127.6 million times, more than any other trailer in history according to Disney. Vanity Fair made the point that this is actually more views than there are people in the whole of Mexico. In breaking the record, Beauty and the Beast topples the previous highest watched trailer - 50 Shades Darker, which racked up 114 million views. The trailer, embedded above, features Emma Watson and Dan Stevens as the titular characters, as well as a few of the animated household objects that you know and love from the original. Beauty and the Beast will be released in March 2017.

It was 23 years ago, having seen an Oscar in Sylvester Stallone's house, that Jackie Chan decided he would one day get his own. Finally, after an impressive 56 years in the industry, making more than 200 films and breaking many, many bones, the 62 year-old has finally been given an honorary Oscar for his decades of work in the industry. Making a speech during the star-filled gala, Mr Chan said his hometown of Hong Kong made his proud to be Chinese, and it is because of his fans that he will "continue to make movies, jumping through windows, kicking and punching, breaking [his] bones." Tom Hanks was particularly pleased that Chan received the Oscar, as he felt that martial arts and action comedy films were often overlooked during award season.

After opening in the West End to five-star reviews, the success of Harry Potter and the Cursed Child continues to grow as it wins best play in the Evening Standard Theatre Awards. Accepting the award was director John Tiffany, who said "It's a show about the peril of isolation, about unity, about family and about love." In a message read by Noma Dumezweni - who plays Hermione - JK Rowling praised both Tiffany and writer Jack Thorne for their work in turning "the bare bones of a story into something very special". Other winners include Ralph Fiennes for Best Actor, and Billie Piper for Best Actress.

After The Heavy Entertainment Show debuted at number one, Robbie Williams has broken the record for the most number one albums by a solo British artist. This is his 12th album to reach the top of the charts, toppling the record previously held by David Bowie, who had 11. By reaching 12 number ones, Robbie is now equal to Madonna, but remains behind the Beatles, who have 15, and Elvis Presley, who had 12 number one albums during his time. Michael Ball & Alfie Boe placed at number two, with their collaborative album Together. Speaking of Elvis, a new album of his reached number 3, with Michael Buble ranking fourth, and Bon Jovi placing fifth.

Famed director and founder of Studio Ghibli, Hayao Miyazaki to come out of retirement

When most people retire they don't usually go back to work. It's exceptionally rare to have someone retire on six different occasions. However, this is exactly what Hayao Miyazaki has done, making this the seventh time he has come out of retirement to do one last film. The film in question started off as a short, titled Boro the Caterpillar, but Miyazaki was apparently unhappy with the progress, and plans to turn it into a feature length film. This is his film foray into CGI animation, having spent a lifetime producing hand-drawn films. Miyazaki is currently collaborating with current head of Studio Ghibli and longtime producer Toshio Suzuki. No information about release dates have been announced.

This week saw the launch of a new stand up comedy VOD platform, which allows users to stream a wealth of live stand-up content. Included in your membership subscription includes all the performances currently available on the platform, in addition to curated playlists to help you discover new acts, and the ability to download videos and view offline. Additionally, the service will also link you to tickets and touring information for acts. Members will be able to vote for future site content, enter competitions, and access live shoots for the channel. At launch, the site already has an exceptional wealth of comedy big-hitters hosted, including Tony Law, Tim Renkow, Richard Herring, Sean Hughes, John Hastings and a Voice personal favourite, Marcel Lucont. NextUp costs £3.50 a month, and comes with a 30 day free trial.

MP Jo Cox is to receive a posthumous peace prize jointly with the Syrian civil volunteering group, White Helmets. The MP was killed in an attack while working in her constituency. The award will be given next week at the Rising Global Peace Forum, launched last year by Archbishop Desmond Tutu, and is being held on the anniversary of the Coventry blitz - one of the most devastating attacks by the German airforce in World War II. Cox was a huge advocate of peace, sitting as co-chair of the Friends of Syria All-Party Parliamentary Group, and had earlier this year written to nominate the White Helmets for a Nobel Peace Prize.Thomas Mair is accused of shooting Mrs Cox, and his trial started this week.

Bhavesh aided the creation of this report 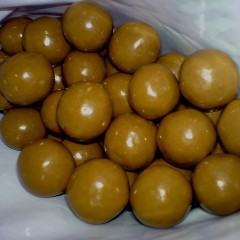