Indulge me this week as I vent a personal struggle I've been having for a number of weeks now. It's regarding this column.

I love working on news of the week, or as we now flippantly call it, Well, That happened. It gives an opportunity to collaborate with the rest of the team, reflect back on the week, and evaluate what we believe has made a big impact culturally.

However, it is always difficult to know what to write in these columns, because i'm very much in two minds as to its purpose. On one hand, it provides an excellent opportunity to provide an editorial commentary as to a cultural event, such as a politician acting in self-interest (because that's obviously breaking news) or a plea for a compassionate response to a tragic humanitarian crisis.

On the other hand, like today, it can be used for the more meta musings, giving you an insight into the thoughts and working processes here at Voice, and advertise events.

I would very much like to hear your opinions on what this space should be. It could be used to flag particularly good pieces written on the site, or to flag big events we will be covering, to provide a more personal commentary on cultural events, or we could scrap it altogether and give you more of the news you love and come back week after week for!

Let me know, I would genuinely be interested - [email protected]

I will however, take opportunity this week to flag once again the exciting Mozilla Festival we are covering this weekend. We have feet on the ground to bring you all the best interviews, reviews, features and media content of one of the largest open source festivals in the world. Do check it out!

Finally, I wish you all safe Halloween's, and the next time you hear from me it will be November. Where has this year gone!

There is currently a task undergoing in the Calais migrant camp: a camp that has housed around 7,000 people in what the BBC describes as "squalid conditions". The majority of migrants have now been taken to France refugee centres. Monday saw more than 1,200 police officers and officials began clearing the migrant camp, despite fears that some migrants will refuse to go as they want to get to Britain instead. About 100 unaccompanied minors were left to sleep rough overnight.

For a more in-depth look at the week the camp was cleared, the BBC covered it here.

(Dead or Alive) singer Pete Burns died this week after a "massive cardiac arrest", according to his manager. The singer, famed as much for his androgynous appearance as his music, and perhaps the lycra catsuit he wore in the Big Brother house. If not that, then perhaps that coat made of monkey fur which upset animal rights activists, and resulted in him getting a hostile reception upon leaving. Burns had previously suffered from deep vein thrombosis and pulmonary embolisms. Fellow Celebrity Big Brother contestant George Galloway has described Burns as "a cross between Oscar Wilde and Dorothy Parker. You don't get more brilliant than that."

This week marked the end of an era for the BBC as the popular baking competition program aired it's potentially most-watched series finale, with the winner being announced as Candice Brown, who was chosen as Star Baker by the judges 3 times throughout the series, and so it made sense that she took home the trophy with an outpour of family support and plenty of tears. Of course, there was a sad tone to this finale as it was the last time it would be aired on the BBC, having announced its move to Channel 4. Whilst it is sad, we will be having our fingers crossed to see what Channel 4 has to offer with this highly popular Cake show...without its original format. There will, however, be not one but two Christmas Specials, so it's not the strictly the last goodbye...

The BBC seem to know exactly how to hit people in the emotional feels. Straight after the GBBO final they gave watchers a 90 second trailer for the long awaited fourth season of Sherlock, and, more excitingly, a release date. So buckle up, get hyped, because on the 1st January 2017. The trailer ominously warned that everything the characters know will be tested, and everyone is under threat. The last series of Sherlock concluded with the cliffhanger way back in January 2014, so if your memory is a bit rusty, you still have time to catch up!

Leave a light on 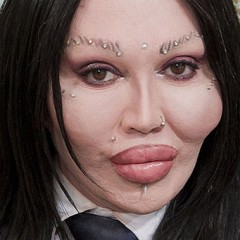