Hello, greetings, and welcome to yet another exciting, bombastic and occasionally iconoclastic roundup of the weeks art and culture news.

While it has been yet another busy week, with plenty to feel somewhat downtrodden about, I am personally feeling uncharacteristically optimistic!

For the last couple of years we have been running the Voice Reporters programme, where we take on a team of aspiring writers and help them hone and develop their skills. Last weekend was our first residential with the new team, and they are absolutely amazing!

For the next 12 months you will see articles published weekly from the team, but I wanted to personally introduce them, and give you the heads up on what to expect!

For the first time we have a reporter from Scotland, the formal Edfringe local reporter, Tara. She is a trained actress with interests in new writing, film and theatre. She was recently shortlisted for Best Film at the Into Film awards in London.

Sam is from Brighton, and also has a theatre background. He is a talented singer and actor, and previously wrote a show that he took to Hove and Brighton Fringe!

Isis Sky is a vlogger, and in her own words, wants to spread more happiness and positivity in the world. In addition to writing for Voice she also has her own blog, which you should check out!

Last but in no means least, we have Josie, who is another theatre aficionado, with interests in Politics too.

Like I said, these four will be writing throughout the year, and are desperately seeking your approval in the comments section - so do make them feel loved!

Otherwise, have a great weekend. Same time next week?

After months of fierce and divisive campaigning, Jeremy 'unelectable' Corbyn has been elected for the second time in a year, beating Owen Smith with 61.8% of the vote. The leadership election was called after mass resignation from the Shadow Cabinet after Corbyn sacked Hilary Benn for disloyalty. Angela Eagle was at one point a possible candidate, before bowing out to give support to Owen Jones, who tried to portray himself as a more electable Corbyn. Both sides of the party - Corbyn and anti-Corbyn supporters - are now calling for party unity. Hopefully they will now stop ripping each other apart and start doing their job as opposition, and actually opposing the Government instead of each other.

Earlier this week at the Hofstra University in New York, the Democratic and Republican Presidential nominees went head to head in the most watched debate in U.S history. The two debated three main topics; 'Achieving Prosperity', 'America's Direction' and 'Securing America', which, translates into English as 'Economic Policy', Social Policy' and 'Foreign Policy'. With both making general sweeping statements about their plans for America, the bulk of the debate was spent arguing over their previous scandalous deeds, including Hillary's missing 33,000 emails and Trump's refusal to release his taxes. The aftermath of the debate produced the trending hashtag '#TrumpWon' on Twitter, following the release of polls made predominantly by right-wing media asking its viewers who 'won' the debate, in which Trump was the victor. Elated fans took to the internet to share their victory, only to find Democrats using the hashtag ironically. Two more Presidential Debates are planned.

Ten years after the finale of Will & Grace, McCormack, Messing, Mullally and Hayes have reunited in their characters of Will, Grace, Karen and Jack! What has prompted the writers to resurrect this Emmy-award winning sitcom? The 2016 US Presidential Election, of course. The cast filmed a ten-minute episode aired before the formal Clinton and Trump debate on Monday night. Its return after a decade has caused fans to either celebrate or reminisce when the characters were *just slightly* less political. With a pro-Clinton theme to the episode, some are convinced that it attempted to persuade fans to vote for Hillary, and not Trump. The most flamboyant, eccentric characters Jack and Karen, were presented as Trump voters, while more sensible Will and Grace were seen to side with Hillary. Our overall assumption is that the episode was intended as simply a good gag. Let's not take it too seriously.

AFROPUNK festival takes place in London for the first time

Afropunk started in 2005 as an annual music festival to offer black people to build communities in typically white punk cultures, but has subsequently expanded into a variety of music genres that predominantly reflect African-American cultures. Previously, Afropunk took place in Brooklyn, New York, but for the first time ever it has come to London, and was held in Alexandra Palace. Originally M.I.A. was to headline the festival, but after controversial comments were made over the Black Lives Matter movement, she was dropped in favour for Grace Jones.

Tony-Award winning play Fences has taken screen form as seen upon release of its official teaser trailer earlier this week. Denzel Washington directs and stars in August Wilson's screenplay Fences alongside 'The Help's' Viola Davis and new talent Jovan Adepo. This comes as being Washington's third credited director role for feature film. Set in 1950s Pittsburgh, the plot follows Troy Maxson's tumultuous relationship with his son and wife. A former Negro league baseball player, Maxson now works a string of tiring jobs to financially support his family, while battling the hardships faced as a retired sportsman. Washington along with Davis revive their Broadway roles- Both giving explosive performances as seen throughout the 1 minute 50 second teaser, with Fences stellar cast being tipped for Academy Award nomination. The film is scheduled for release on December 25th 2016.

Also released this week is a trailer for their new drama series The Crown, which follows the early life of Queen Elizabeth II, starring Claire Foy and Matt Smith. The trailer (above) is emotive, powerful, and looks gorgeous! Netflix have been flexing serious muscle in their original programming, with a targeted budget of $6bn next year, and a desire to have a 50:50 split between licensed and original shows in the upcoming years. Just this year they had 17 different shows nominated for 54 Emmy awards.

The next season of Adventure Time will be its last

Cartoon Network announced that Adventure Time will be coming to an end in 2018. Started in 2010, the cult hit quickly found success due to its imaginative and clever storytelling, whimsical characters and heart. By the time the ninth and final season is concluded in 2018, the show will have generated 142 hours of content. This final season will be extended with a number of special episodes. Bacon pancakes, anyone?

The BBC announced this week that from early 2017, users will be required to log into iPlayer using a BBC iD. These already exist and are free to obtain, allowing you to personalise many areas of the BBC, including the BBC homepage. Some are speculating that this move is to crack down on license fee enforcement, especially since it became law this month that you have to have a TV license to use iPlayer. However, the Beeb are saying that is it to further localise and personalise the iPlayer experience. When this change comes into effect in early 2017, you will be required to log into the app regardless of the device you are on - meaning smartphones, tablets, and game consoles will all require a BBC iD.

Amazon is really eager to draw your eyes away from its main streaming rival, Netflix, and believes that original content may be the way forwards! With that in mind, Amazon this week greenlight three new original series for Amazon Prime: I Love Dick, Jean-Claude Van Johnson and The Tick! All three previously had pilot episodes made, and Prime viewers were invited to provide feedback that helped inform the decision to give all three a full season. I only watched The Tick, but found its whimsical, almost ridiculing take on superheroes a hilarious and refreshing approach, perfectly juxtaposing the more gritty (but equally fantastic) Marvel offerings over on Netflix. All three will premier in 2017 exclusively on Amazon Prime. 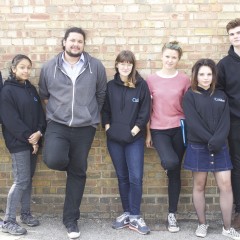 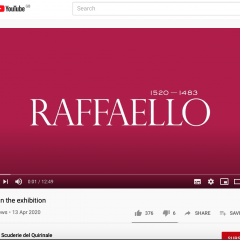