There has been an exciting amount of news to discuss this week. Do

I could talk about former Egghead CJ de Mooi being arrested for an alleged killing? Or maybe the high-profile divorce of Brad Pitt and Angelina Jolie? Or do you remember Yahoo? It got hacked this week and 500 million emails and passwords have been stolen.

I could, but that's not what you're interested in. We all know that the country is currently gripped by the ongoing Great British Bake Off drama.

I don't watch Bake Off. I've tried to get into it, I genuinely have. My family are all obsessed with it, my girlfriend loves it, and both parties keep informing me of all the drama that takes place. I'm just about connected enough to understand #fridgegate, but really, the craze is alien to me. It has completely passed me by.

And now it looks like Bake Off itself might be coming to pass. Motivated by money, the show is moving to Channel 4, and is only taking with it ¼ of the winning formula.

While the show itself is somewhat sterile, the underlying politics behind the show's move are interesting. The BBC has long been attacked in certain media circles for being a state-funded competitor to commercial television, and equally lambasted by a section of the public who object to paying the television license. Politicians have been exerting pressure on the organisation to cut back expenditure, be more financially accountable, and frugal.

They have now done this by opting not to pay a ludicrous (reported) £75m for a baking show. 75 MILLION!!! They made the right call, and now people are both outraged and gutted. What's even more amusing is that Channel 4 is also a publicly owned entity. Although permitted to be commercialised, Channel 4 is owned by the Department for Culture, Media and Sport, and by extension, us as citizens.

Obviously I'm not privy to the particular deals that were struck, but it does seem a shame that a commercial entity, publicly owned or otherwise, is able to poach something that was nurtured and developed by the BBC.

It has its faults - many, many faults, but the BBC cannot be knocked for how it finds the seed of an idea and allows it to grow. Although, to continue the metaphor, I guess like a parent, the BBC has to accept that one day the offspring will grow up and move out.

2016 strikes again, as the move of The Great British Bake-Off to Channel 4 has led to beloved presenters Sue & Mel leaving - now Mary Berry has also stepped down as judge of the popular baking competition. She said Bake Off had been "a unique and brilliant format from day one" and that she was "just sad for the audience who may not be ready for change". On the other hand, it is revealed that Paul Hollywood is remaining on the show, stating that "It's been a huge part of my life in the past few years and I just couldn't turn my back on all that." Looks like it's goodbye to moist, soggy bottoms *giggles*.

More than one million tenants reported illegal landlord behaviour in 2015

Speak to any of your friends and I'm willing to bet that they have a horror story about renting, or can easily point you into the direction of someone who has. I myself have gone through a nightmare tenancy in a house so damp it actually led to the internals of my laptop going mouldy. A survey by YouGov commissioned by the housing charity Shelter have found that 1 in 8 people in private rented accommodation in England have had a landlord engage in unlawful practices. Over 600,000 renters across England said their landlord had entered the premise without permission, and extrapolated data suggests that 64,000 renters have had utilities cut off without good cause, and as many as 118,000 experienced unfair treatmentment as a result of their race, nationality, gender or sexual orientation.

If you are affected by homelessness, or want advice regarding private renting, visit Shelter.

Game of Thrones breaks records at the Primetime Emmys

It's now the most decorated programme in the awards' history, winning in three categories on Sunday, taking its total number of awards up to 38, beating out the 37 awards record previously held by Fraiser. In other news, Dame Maggie has Smith won outstanding supporting actress in a drama series for Downton Abbey, and British comedian and host John Oliver also received his first win for Outstanding Variety Talk Series. There was also plenty of news from it besides. Check out some of the following links

Arguably the most powerful couple in Hollywood is set to divorce. The world famous acting, directing, and producing pair have been together for a decade and are not likely to directly comment on the split. Jolie-Pitt's representation announced as much on Tuesday. The pair have six children and made the decision for 'the health of the family'. With the numerous responsibilities that each of them have - with Pitt making waves as an Oscar-winning film producer and Jolie-Pitt's role as a director, UN Peace Envoy and lecturer in Women's Studies - their potential drifting apart isn't a great surprise after thinking about it a while. But their humongous profiles as some of the world's most influential entertainers makes the split one that the world will be clinging on to.

Trailer for Passengers with Jennifer Lawrence and Chris Pratt released

Perhaps the two biggest actors in Hollywood are being put together for what is undeniably set to be a box-office big hitter. Passengers has been in the news before after Jennifer Lawrence openly spoke of how she had to fight to be paid more than Chris Pratt who, by comparison, is a far lower profile actor. Negotiations ended in her agreeing to an eye-watering $18 million.

Lifejacket Graveyard came to London to coincide with a United Nations summit on the ongoing migrant crisis facing the globe. 2,500 lifejackets were laid out in Parliament Square on Monday, which was a poignant and sombering reminder of the 6,940 people who have either drowned or gone missing between January 2015 and August 2016. The Lifejacket Graveyard was put together through collaboration between UNHCR, International Rescue Committee, Migrant Voice, World Vision, and Medecins Sans Frontieres.

The biggest sitcom in the world is The Big Bang Theory, which celebrates its tenth season soon. The relationship between Sheldon, played by Jim Parsons, and Amy, played by Mayim Bialik is a fan favourite. As a result, an astonishing 24 million people globally tuned in during the telecast and the week following the episode that saw the couple finally sleep together on 17 December 2015. This signifies the most watched episode in the week following the telecast or "+7 ratings" of any episode in TV history. Despite being continually panned by critics, TBBT continues to sustain an overwhelming audience. Parsons and the actors who play Leonard and Penny, Johnny Galecki and Kaley Cuoco, have topped Forbes' lists for the highest paid television actors in the world. Earlier in 2016, Bialik also won the Critics' Choice Award for Best Comedy Supporting Actress for the role.

Luke Taylor and Bhavesh Jadva contributed to this report 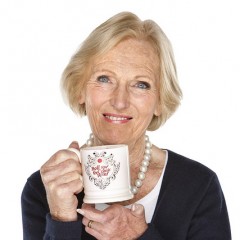