I hope you're well? Me? I'm fine thanks - back in my home town to have attention and food occasionally thrown my way, which is nice! My column this week can be found here should you want an incredibly biased opinion on why we should stay in the EU. Should you want unbiased reporting on the upcoming European Union referendum, then view our EU series here. Enjoy the collation of big news events that happened this week, and if you haven't - REGISTER TO VOTE!

The world's number 1 motoring show has returned after the incident, and has been met with a resounding meh - if anecdotal internet perusing is to be believed. The new series is manned by Chris Evans (not that one) and former Friends star Matt LeBlanc, who is not from this country - if you didn't ascertain that from the bajillion times it was mentioned in the show. They promised a new format, but I didn't really detect much that made it stand out. In fact it could easily be lost in a stark grey room, it was that generic...

Last year, magician Jamie Raven came second in BGT while losing out to the controversial second dancing dog act to win, Matisse. This opened up this series to popular magicians and therein lies the success of Lance Corporal Richard Dwyer. His audition racked up plenty of views on the internet and secured him a place in the quarter- and semi-final. His equally impressive semi-final performance saw him win with the highest win of the five semi-finals. His final performance included a lacklustre magic trick but surrounded by vast pomp and patriotism with an homage to a decorated war veteran. He won above Wayne Woodward, a jazz and blues singer and Boogie Storm, a dance troupe dressed as Stormtroopers. Dwyer will perform at the Queen's 90th birthday parade later this month as well as at the Royal Variety Performance.

Lin-Manuel Miranda will be joining Emily Blunt in the sequel to the 1964 classic Mary Poppins, titled Mary Poppins Returns, which will be coming to screens on Christmas Day 2018.. Blunt will be playing the titular character, while Miranda will be playing a new character; a street lamplighter named Jack. The story will take place in depression-era London, and focuses on a now grown up Jane and Michael Banks. The screenplay is being written by David Magee, the writer of Life of Pie. Massive, astonishing murals have popped up around Manchester for the first 'Cities of Hope' street art convention. Nine artists from around the world were chosen to paint these public pieces of art, many of which cover entire walls of large buildings, each addressing a major social issue facing the world today. Such issues are male depression, environmental issues, and gay rights. Some are more symbolic and some are more decorative but all impactful nevertheless. This gallery on The Guardian's website gives a clue of the sheer scale of some of these paintings which only slightly demonstrates how incredible they must look in the flesh.

Source and image: The Guardian

She was accused of hypocrisy and not seeing fathers' points of views as well as being honest and trying to break stereotypes. The documentary was hosted by Klass who is herself a single mum. Some people thought it addressed the issues well and did the work to break down the barriers facing single mothers who have to resort to claiming welfare benefits to survive. Others thought it was hypocritical to ask a vastly rich woman to host the show and damaging not to highlight the same issues faced by single fathers. I feel like Klass did a good job of hosting - she was as sympathetic as a professional documentarian and asked questions that really did hit the bedrock of the issue. I think her own socioeconomic status is neither here nor there but I do feel that damage was done in people's minds to the father's perspective. It may give ITV the impetus it needs to produce an insightful father's version. 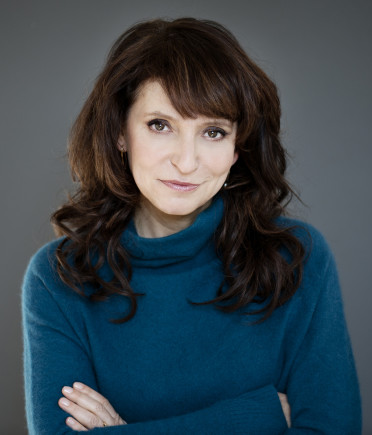 The latest in James Bond news doesn't surround the agent themselves. The Oscar-winning director is under consideration after directing the next James Bond favourite, Tom Hiddleston, in BBC One's vastly popular The Night Manager. This would be the first time that a female has directed the British spy, and comes after the current director, Sam Mendes, announced that he would not return to film a third film. This would not be the first 'first' for the franchise in recent years - Daniel Craig was the first blond Bond, and were Idris Elba to be chosen (although Mendes says it's unlikely) he would be the first black Bond.

The Bank of England announced the design of the new fiver this week, and appear to have taken some inspiration from Canada and Australia. The new note is printed on polymer, which makes it waterproof, tear proof, and can simply be wiped clean - making it more hygienic. Additionally, the note will be harder to counterfeit. The new note features Winston Churchill, and will be coming into circulation from 13, with redesigned £10 notes coming out next year, and a new £20 by 2020. 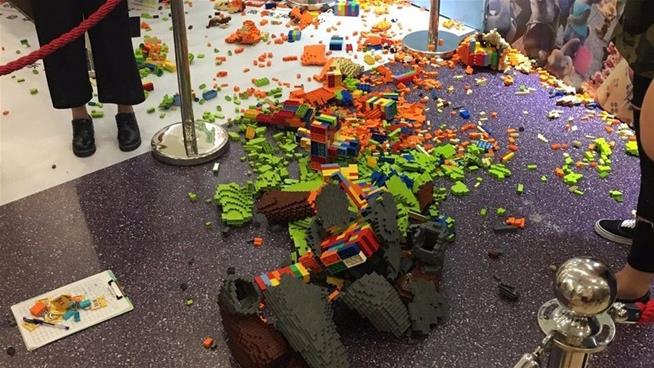 A child single handedly managed to destroy a $!5,000 Lego exhibit that was on display in China. The display - a giant figurine of Nick from Zootopia - took three days and nights to build, but was knocked over within the first hour of the exhibit being open. Zhao, the artist who worked tirelessly on the display, posted pictures of the broken model onto Weibo, but refused compensation saying the child had not meant to do it. I want to pretend I'm a good human being... but the first thing I did when I heard the news was laugh. That has got to suck!

Be a hero - help decide the future of a whole country

Have you registered to vote? If not, why not, don't you want to be a hero? By registering to vote, and using that vote on the 23rd June, you can decide on the future of this country. The referendum will decide whether or not we stay in the EU, and this is no small issue. If you need help deciding whether or not you want to stay in, or wish to find out more about the EU in general, we have created a handy series for you to read!

The deadline for applying to vote is the 7th June, so not long left! 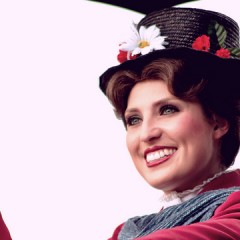