I'm going to let you in on a secret this week, dear reader. I'm breaking the norms of column writing convention by actually submitting this before the 11th hour. Journalists, authors, and basically anybody else who has a deadline tends to wait until the last possible minute to submit - If you're a student you definitely know what I'm talking about, right?! But not this week, I'm on the ball, and feeling particularly reflective.

But why am I telling you this? Because as the finishing touches are being made to this article, I will be celebrating my last exam on my Journalism MA course. Somehow eight months have passed since I first took that 'next step' on my path to a professional career in journalism, and at the risk of sounding decrepit and aged, it's absolutely flown by.

Apparently we have crammed the equivalent amount of knowledge of a three year undergraduate degree into eight stress-inducing months. Sometimes I find it hard to believe. Other times you could easily convince me there was more work than a BA.

Looking back at the timeline though, what is more incredible to me is that we have actually been doing these news features for longer than I've been doing my MA. I look back at the very first News of the Week we ever published, and feel proud about it has grown and developed over the months. Since first publication we have been précising many of the most important cultural stories around the globe; celebrity deaths, developments in the refugee crisis, royal births, political news, and so much more.

My small comment at the beginning of each piece developed into a full column; sometimes topical, frequently rambling, and consistently last minute.

We have had contributions from all of the team, especially our Voice Reporters, who, like the articles, have grown and developed week-on-week; honing and refining their skills and becoming increasingly proficient at conveying a viewpoint.

"But Tom," you ask, enjoying the nostalgic reflection but wanting more, "what about the news, isn't this supposed to be a news summary?"

Well, reader, firstly, thanks for telling me how to do my job. Secondly, you are absolutely right!

Yet, as I peruse the Guardian homepage, the top stories involve Cameron calling Nigeria and Afghanistan "fantastically corrupt", ANOTHER Government screw up with the SAT tests, and a story about police officers using drones to spy on people having sex.

I don't even know where to start with these. I laugh every time I try and come up with anything. It's just a classic week of "for christ's sake, are you serious?", mouth agape, head-on-desk stupidity that has almost become the norm in this country.

I'm so glad I've trained to be a journalist.

National treasure, broadcaster, and all-round beloved global celebrity, Sir David Attenborough has reached the age of 90. This milestone has prompted the whole world to celebrate what is soon to be a staggering seventy-year career. As a television enthusiast, I'm of the opinion that Attenborough's influence on television, as a presenter and former Controller of BBC Two, is unmatched. His most famous creations include the series, Life, and more recently, Frozen Planet, Africa, and Planet Earth - the latter of which sits atop IMDb's list of top 250 television programmes. His programmes came at a time when environmental sustainability and global warming reached the top of the global agenda. He has entertained us and educated us into realising our impact on the environment with his baritone voice and his impactful lessons. Happy birthday, Sir D.

The trailer for the latest instalment in the The Da Vinci Code saga, 'Inferno' is released

Oscar-winner, Tom Hanks, is back as Robert Langdon. Oscar-winner, Ron Howard, is back as director. Oscar-nominee, Felicity Jones takes the reins as sidekick from Oscar-nominee, Audrey Tautou. Inferno is, of course, based on the book of the same name by Da Vinci Code figurehead, Dan Brown. And it follows a narrative played out alongside the events from the Inferno portion of the epic poem, Divine Comedy, written by Dante. This film is far more special effects heavy than the previous two which signifies a presence of magic in a series which dealt with spirituality and the Divine without much need for it. With this they risk losing a touch of the magic which made the first film one of the highest grossing in history.

Ubisoft's Assassin's Creed franchise is coming to the silver screen, with Oscar nominee, Michael Fassbender in the main role, Oscar-winner Marion Cotillard, as his muse, and Justin Kurzel in the director's seat. What's interesting about the film is that it is set during the Spanish Inquisition, a period of time not yet seen in the game series. Other than a highly questionable song choice, the trailer has received a positive reaction on the internet. Assassin's Creed marks the second time the trio has worked together after last year's criminally overlooked adaptation of Macbeth.

Clarkson, May and Hammond have finally named their new Amazon show

The ex-Top Gear trio have finally announced the name of their new Amazon show, and it is to be called the Grand Tour. Is it a coincidence that the initials GT are very similar to Top Gear's TG? I think not. The format will be a travelling car show, where the three travel around the world messing around with cars. Even the live audience section will travel each week, housed in a giant tent. Clarkson left the BBC in 2015 after punching a producer over a steak.

2K Games and Firaxis have announced the newest addition to the long running strategy franchise. The game has been overhauled so cities no longer take up a single tile, instead spreading across the map. The" one unit per tile" rule has been tweaked, so multiple units can be embedded on one another.

...And Disney Infinity is going!

Disney announced this week that they are planning to discontinue Disney Infinity, and are closing down Avalanche Software, and putting 300 people out of work.Disney CEO Bob Iger said that they do "not have enough confidence in the business in terms of being stable enough to stay in it." Disney are taking a $147 million hit because of the closure, mostly as a result of unsold stock. "The truth of the matter is that the risk we cited when we initially started this finally caught up with us."

Instagram, the Facebook owned image sharing network has announced a sleek black and white redesign this week, and introduced a new logo to go with it, which is not quite as sleek. One Redditor made the above gif as a joke, but it feels strangely accurate. The Verge published an article covering the design process that went into the new app, and apparently it was a little bit more involved than that, with the team apparently considering hundreds of designs. What do you think of the change? Good?

A new chapter from The Winds of Winter was uploaded to George R.R. Martin's website, although he was quick to "spike any bulls**t rumours" and make very clear that the book is not finished. The last book published by GRRM was A Dance with Dragons, which was published in July 2011, and took six years to finish. The HBO TV series has now caught up and overtaken the books, although the author and showrunners are both insistent that there might not necessarily be spoilers as the series are diverging from one another. Believe it or not there another book expected once TWoW is finished.

Rapper Azealia Banks went on a racist, homophobic rant against Zayn Malik and the UK

We, at Voice, wouldn't normally report on Twitter spats between celebrities because they're generally insignificant. But normally, these spats aren't as hate-fuelled as the tirade that Banks went on against Malik, brown people, and the whole of the UK. She put a collage of images up on Instagram comparing the justifiably uncanny similarities between her new music video, and Malik's. Then, after thinking some cryptic tweets by Malik were aimed at her, she started to mock Malik's place within and independent of One Direction and then descended into a vile and anarchic attack on his Asian heritage and Britain as a whole. She also alleged that he was gay and laughably mocked that about him too. Since her hit 212, five years ago, Banks has been bitter about the lack of recognition she's had, choosing instead to pick fights with various figures doing better in mainstream music than she has done. Her Twitter account has since suspended.

One of the most acclaimed bands of all time has finally shut everyone up with the "Where is the next album?"and the "Is it coming out soon?", and don't forget the "I WANT THE NEXT ALBUM!" As a band that loves to break industry tradition, the band deleted all of their social media posts around the time of the album's release, with no preceding promotion whatsoever, and posted a blank image for their cover photo, and over the course of a couple of days, they were uploading abstract imagery to their profile, leaving users with little information whatsoever. Since the album's release, it's already garnered very positive reviews regarding it's style and iconic experimentation. I have yet to listen to it myself, so keep your eyes peeled for that review!

Radiohead's A Moon Shaped Pool is available to download from Google Play, iTunes, and other streaming services...except Spotify. We all know how well that went down with Thom Yorke...

Bhavesh Jadva and Luke Taylor contributed to this report 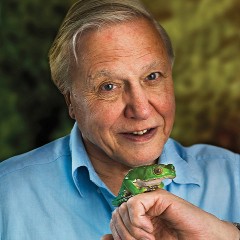 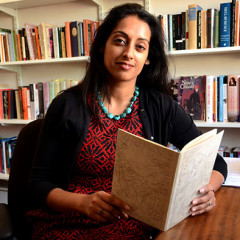