The London Sundance programme has been announced -- international and UK premieres, short film collections, panels and masterclasses will take place at the Picturehouse Central.

The Sundance Film Festival is back in London this year from 2nd to 5th June. The U.S-born festival has had a London version since 2012, which has been hosted by O2. After a yearlong break in 2015 and a change of location, from O2 to the Picturehouse Central, the independent film festival makes its return to the capital.

The festival is known worldwide for showing ground-breaking films, and giving space to usually unheard voices. Since its foundation by Robert Redford in 1985, the Sundance Film Festival has taken place in Park City, Utah, US. More recently, it has been integrated with London and Hong Kong versions.

The programme for London 2016 looks very promising, including various International and UK premieres. Watch out for Indignation, an adaptation of the homonymous book by Philip Roth. James Schamus, the director of the film, will be also present at one of the special events discussing the changing face of Independent Film, on 4th June.

Life, Animated is also an interesting project, which has already won the Directing Award: U.S. Documentary. The story is about a young autistic boy, whose passion for Disney films helps him to break his isolation. Another film that can't be missed is Tallulah starring Ellen Page, Allison Janney, Tammy Blanchard. It still not certain that it will be shown, but it will hopefully be confirmed soon.

In association with Empire Magazine, The Sundance Film Festival presents Road To Stardom. For this special programme, films, which have launched great film stars in the past, will be back on the screen.

Festival and VIP passes will be available from the 5th of May and general sales start on the 9th. The complete programme of the festival can be found at : https://picturehouseblog.co.uk/2016/04/20/sundance/ 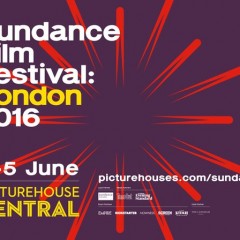 Sundance Film Festival comes back to London in June 2016

The London Sundance programme has been announced -- international and UK premieres, short film collections, panels and masterclasses will take place at the Picturehouse Central.