I was very much looking forward to writing this week's column on the absolute disaster that has been the Government's handling of the repercussions from the budget, and Iain Duncan Smith's resignations. It was almost with childlike glee that I read IDS had resigned, and the ruptures within the Conservative Party was icing on a really stale cake. But the whole cake was dropped on the floor this week when Daesh attacked Brussels, killing over 30 people and injuring a further 300.

It feels wrong to talk about the fracturing of a Conservative party who represents the 1% when our very society, our Western values and traditions, are being chipped away by an extremist group, who represent no one.

Values such as tolerance, acceptance, and a willingness to do the right thing are once more being challenged and eroded by fear, panic, and violence. This is a straight up act of terrorism, and the moment we let it take hold, it's succeeded in its goals. So let's take a minute to look at the political aftermath of these attacks.

Although not as disgusting as the events, it takes a certain kind of human to see such a tragedy and jump on it for political point scoring. But alas, that's exactly what happened. Not three hours after the blasts, the UKIP defence spokesman was releasing a press statement declaring the event a threat our security. Telegraph columnist Allison Pearson described Brussels as both the "de facto capital of the EU" and the "jihadist capital of Europe", before concluding that the "remainers dare to say we're safer in the EU".

Take a moment, and let that sink in. People died, less than three hours before, and people are utilising their deaths to serve an agenda. Turning the victims of these attacks into martyrs. Not dissimilar to suicide bombers. Whether you're for or against the EU, you should still be pro-humanity. And just like multiple attacks in France, we see the very worst of humanity come out. Those lacking compassion, exploiting fear, and blaming a whole religious following for the actions of a few.

Don't be like them. Don't succumb to fear. The refugees and asylum seekers are not all to blame. Remember that a refugee is someone who is fleeing their country due to war, or fear of death or persecution. They want to escape Daesh as much as we want to stop them.

Je ne suis pas Bruxelles, je suis humain. All attacks, whether in Europe, Asia, Africa or elsewhere, are to be condemned. They are not to be used to score points. Leave that to the terrorists.

Tributes made around the world following attacks on Brussels 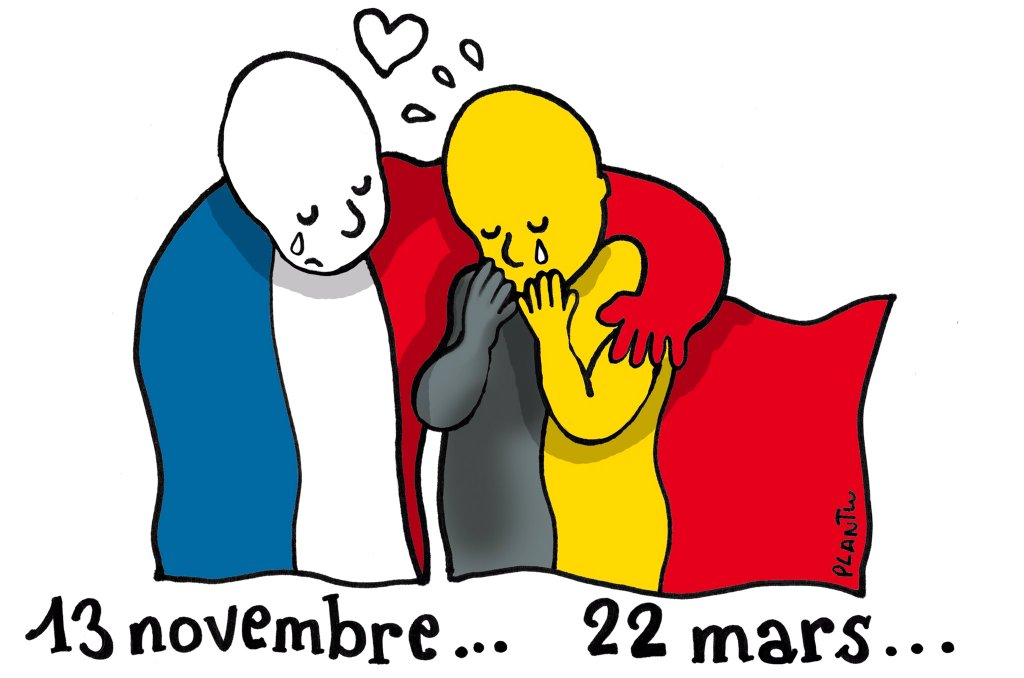 In the fifth mass fatality attack in the last year by the so-called 'Islamic' State, the target was Brussels, the capital of Belgium and the self-designated capital of the EU. The two explosions killed 31 and injured 300. As with the attack in Paris, the support for the victims was overwhelming. Hours after the atrocity, France's biggest newspaper, Le Monde, ran a tear-jerking illustration by their resident, Plantu, showing a weeping French flag consoling a weeping Belgian flag with the date of each of their attacks underneath. Other publications followed with their own illustrations. On the same evening, Adele and Macklemore and Ryan Lewis were in the sombering situation of having to perform on tour. Each led touching and defiant tributes to those affected. The structure of the Belgian cabinet is uncertain.

It was just after I had set last weeks news to publish that Iain Duncan Smith, former Conservative leader, resigned from his position as Secretary of State for Work and Pensions. For a moment the internet gathered in a collective "What?!" as it appeared that he had grown a conscience as resigned over what he described as "a compromise too far" in regards to welfare cuts. It forced Osborne to make a rapid U-turn on the budget, in a messy move that has potentially tanked his leadership chances. However, it has since been proposed that IDS was perhaps more motivated politically than emotionally. It has been proposed that it was more to cause damage to the 'stay in' Europe campaigners, and he even voted to support Osborne's changes to the Budget on Tuesday.

Apple had a fairly low-key event this week, where the announced a new 4-inch phone called the iPhone SE, as well as a new 9.7-inch iPad Pro, to accompany the larger 12.5-inch Pro that was launched at the latter part of last year. Apple also used the event to promote their environmental credentials, talk about the investment they are making in health, and their on-going (although currently stayed) fight with the US Government over privacy. The Apple watch has some new straps too, if you're into that sort of thing.

Batman v Superman launched this week, and so far the reviews have been fairly mixed. Our own review will be going up in the next few days, however the film has within it a number of firsts for DC. It is the first time that Batman and Superman have appeared in the same live-action film, and the first time that Wonder Woman, Aquaman, Flash and Cyborg have had live-theatre portrayals. DC need this film to be spectacular so as to launch their own cinematic universe, and capture some of the ground that Marvel has been happily taking for years.

Adele, Coldplay, and Muse to headline this year's Glastonbury

After a lot of speculation about her involvement, Adele has confirmed that she will be headlining Glastonbury. In a change of pace for Glasto headliners, Adele has to fill the shoes of big, showtime performers such as Kanye West, Beyonce, The Rolling Stones, and Stevie Wonder in recent years. It'll be the next step in a massive year for Adele after something like the world's biggest album, two huge singles and a sell out tour being filmed for a DVD. Beyonce is rumoured to be performing alongside Coldplay. Probably in an attempt to rejuvenate Coldplay's profile following their fledgling recent album.

Following extensive consultation, the government has published a white paper (like an overall plan/aim) for culture and it's heart is accessibility. It wants to ensure that there is access to the arts for everyone, regardless of background. It also looks at how the arts is funded (encouraging more private investment) and encourages local authorities to plan their local cultural vision. In the foreword, the Minister for Culture and the Digital Economy, Ed Vaizey, wrote that the paper seeks to "harness the nourishing effects of culture…ignite the imaginations...kindle ambition and opportunity and fuel the energy of communities".

Read more about the white paper and access the full document from Arts Professional.

Man stabbed to death due to alleged "religiously motivated attack"

This is not something we usually cover, but such was its relevance to my column for this week that I felt compelled to include it. This is exactly the intolerance that fear, miseducation, and poor reporting can result in. Obviously the case is ongoing so reporting restrictions apply, but the fact that a Muslim in the UK is getting attacked because of his religion is abhorrent. We cannot allow this type of attitude and resentment to fester and corrode our values. This country was rebuilt on multiculturalism, and all should be free to live within our laws.

The state of Georgia is looking to introduce a bill, called the Free Exercise Protection Act, which will, in essence, legalise discrimination against gay people and other groups. Disney and Marvel released a statement to Polygon saying they "plan to take [their] business elsewhere" should the bill pass. Guardians of the Galaxy Vol. 2 is currently being filmed there, as well as Ant-Man and Captain America: Civil War.

The beloved Harry Potter author took to Twitter this week to share some of the rejection letters she received under her pen name of Robert Galbraith from publishers who did not like her work. After writing the Potter series, J.K. took to a pseudonym to write a crime trilogy, The Cormoran Strike. The tweets are to demonstrate that you should never give up, and that you can be rejected many times, but if you keep trying, you could find the one that says yes.

Header image by UK in Spain 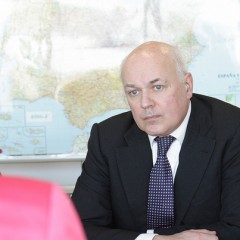