Academy Awards, US elections, gaming and piracy. The first week into March has definitely started strong

Pinch, punch, for the fifth of the month!

February is officially over for another year. I hope you made good use of that extra day. Chances are, most of you were in school/work, as it fell on a Monday, which really sucks. But we must keep looking forwards, and be ready to face March head on.

If you are sick of hearing about the EU vote, then bad news, I don't expect for a moment that talk on that will stop until after it happens on the 23rd June. Once it HAS happened, you can then enjoy all of the discussions about what the result will mean for Britain. Isn't politics fun!

No. Politics isn't fun. It used to be fun, back when Donald Trump announced he was running, and we all had a good laugh, and then carried on with our business because seriously, it's Donald Trump.The man whose campaign relies upon (among other things…) being a 'shrewd' businessman, but has filed for four corporate bankruptcies since '82. That surely must render his arguments less credible than the betting advice offered by the disembodied head of Ray Winstone, who has also had multiple bankruptcies.

Anyway, as I was saying, it used to be fun. But now it's scary. Trump wasn't a joke candidate this week, and the people's of America don't seem to be taking him as a joke. Super Tuesday (which is a big deal in American politics) was this week, and Trump came out of that with a convincing lead over his rivals. In the Democratic camp, I think it is time to concede that Bernie Sanders will not be sitting in the White House, as Clinton came out of Super Tuesday with more than twice as many votes. It seems almost a foregone conclusion that she will be the Democrats nomination for the Presidential bid. Soz Bernes.

Turning attention to UK politics (I know), and Jeremy Corbyn has voiced his personal opinion that the sex trade should be decriminalised while at a talk at Goldsmiths university. Former deputy Labour Leader Harriet Harman has criticised this, saying prostitution is exploitative, and not an industry. I personally believe that rather than decriminalising the sex trade, it should be legalised, as there is a difference. To legalise it would be to officially acknowledge it, tax it, implement work safety measures, and inspections to try and prevent the underground network of trafficking and exploitation. Is it an idealistic attitude? Probably, but I grew up in Suffolk, where Steve Wright murdered five prostitutes, and although this is purely speculation, I can't help but question if it would have happened had there been more legal protection offered to the girls.

On that cheery note I will leave you for this week. Be safe, be strong, be beautiful.

Yes, my people. Leonardo DiCaprio finally won an Oscar for Best Actor for his performance in The Revenant. It is the end of an era of memes, mockery, banter - I can already hear the cries of the Dicaprio Tumblr fanbase, wondering what to do with their lives? What will happen now that there's nothing left to mock? What happens now that he finally proved us wrong? I'm feeling an existential crisis coming along…

I'm almost certain the Yeezus rapper's PR manager is like "Kanye not help yourself - every week it's something new with you!" I had so many terrible kanye puns that went unused after his album launch/Twitter meltdown, so I'm glad he is continuing to create controversy wherever he goes. This time it was an innocent Tweet that caused drama, as the tweet had an image of his screen, and on his browser was a tab for The Pirate Bay - a popular torrenting website. It seems Mr West was looking for a plugin for Logic Pro called Serum, which is synthesizer software. Deadmau5 and West then got into an altercation, because obviously.

For all Minecraft fans - you can now go full-blown hardcore, and no longer have to worry about that goddamn creeper that snuck up behind you and killed you last time when you worked so hard on building that house… In this version of Minecraft, users can now have the option of dual wielding, flying in survival mode, new special attacks, and much more.It seems like Minecraft is no longer just a happy place for creative freedom. In a game of Minecraft you either win or you die!

Probably the most depressing news of the week - Culture Secretary John Whittingdale has decided to end the "free" streaming side of iPlayer, and make "all who watch it pay for it." One could argue that this isn't so bad, considering millions of people across the world are already paying for services like Netflix and Hulu, but it is certainly going to upset people who only relied on the catch-up service to meet their entertainment needs. Students, in particular, are likely to be hit hard by this change, as every room in University halls counts as a separate property, so a flat can't chip in for one license.

Hey Arnold! film to resolve the mystery of his parents

The classic 90's TV Kids animation is returning with a two-part, straight-to-TV special in 2017, which reunites the classic characters in an adventure to find out what truly happened to Arnold's parents all those years ago. I can't tell you how much I used to love this show when I was a child, so for all of us who have seen the show, it's going to be a wild ride of nostalgia and feels...so many feels.

As mentioned above, Donald Trump is now starting to really look like the Republican nomination for the Presidential Campaign. Of the 1,237 delegates required to win the nomination, Trump now has 329, nearly 100 more than his next nearest rival, Ted Cruz. Although that doesn't sound like a lot, what needs to be remembered is that one of the states in Super Tuesday's election run was Texas, which has by far the largest number of delegates with 155. Cruz is a junior senator from Texas, so it was very likely he'd win a large proportion of their votes, and it's because of their votes that he is so close to Trump, who otherwise mostly dominated proceedings. Can we also take a moment to stare, opened mouth, at this literal display of penis measuring going on at the Republican debate. So so petty.

Facebook announced on Friday that they will be changing their tax structure, so significantly more of their advertising revenue generated from within Britain will now be taxed in the UK, as opposed to routing sales through Ireland, where corporation tax is lower. It was revealed that in 2014, Facebook paid just £4327 in corporation tax. Channel 4, through use of a Freedom of Information request, found that HMRC paid nearly £27,000 to Facebook, for adverts targeting people to tell them to pay taxes! 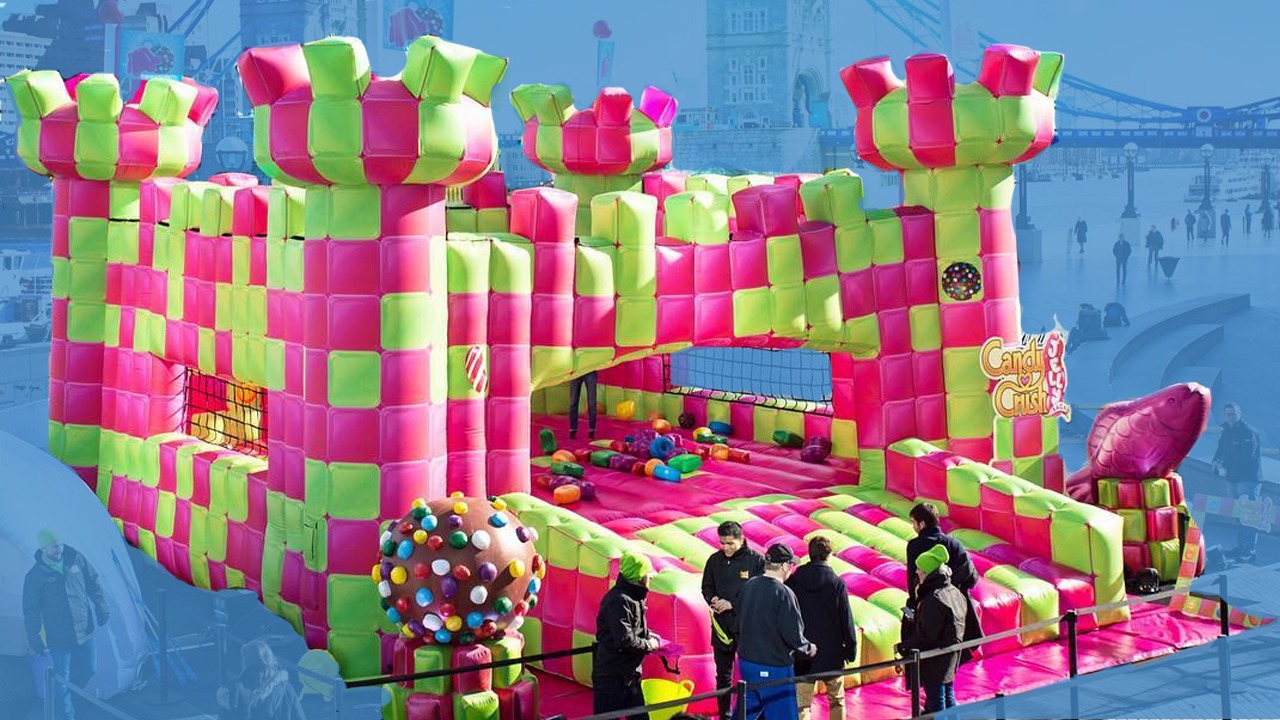 I kid you not, there is an adult bouncy castle currently in London, strictly for the over 16s. The 7m high, illuminated, sound-emitting, raspberry-scented gas dispersing airbag of fun has been brought to the capital by Candy Crush Jelly Saga. The name is particularly cringeworthy (is it still cool to say cringe?) - Bouncingham Palace. It is only open until the 5th March (which will probably be when you're reading this) but if you happen to be near Tower Bridge, it's free - let us know if you go!

If you haven't watched the original Ghostbusters film, then turn off your electronic device, go outside, find a DVD shop (I'm sure they're still a thing, right?) buy Ghostbusters 1 & 2, walk back, close the blinds, watch both back to back, then come back and post a comment apologising for failing to watch this cultural icon. In doing so, you will be better informed to make your own mind up about the above trailer. I personally am not really feeling it, but I feel like all of the cast are playing up to overused stereotypes and tropes. VFX are good looking though!

***
Luke Taylor contributed to this report 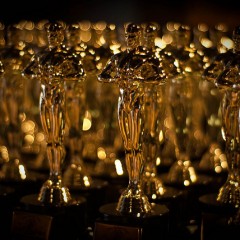 Academy Awards, US elections, gaming and piracy. The first week into March has definitely started strong