I'd like to talk today about an odious, evil creature. No, not David Cameron, whose own family is now speaking out against the cuts he is forcing upon the country. No, the darkness of which I speak is worse even than Cameron.

A man who received a vote of no confidence from the Conservative party for being weak and unelectable. A man, who for reasons unknown to anybody but himself and Cameron, is in charge of the most vulnerable members of our society. A man who claimed he could live off £53 a week… but submitted £39 to his Parliamentary expenses for a breakfast. Step forward, Iain Duncan Smith.

How is it that this villainous individual has retained his role as Secretary of State for Work and Pensions since 2010. How, when a judge ruled that there had been a " breach of duty on the part of the secretary of state" for delaying decisions on Personal Independence Payment (PIP) claimants. Then there was that time where he tried to make his work scheme legal (after it was ruled to not be) by retrospectively applying emergency legislation, and was slammed by the High Court as a result.

If a company made up testimonials stating the benefits of a product, they would be sued or fined by ASA. Yet, somehow, IDS got away with a mere ridiculing for the fabrication of testimonials in DWP material, which displayed 'claimants' who were happy that their benefits had been cut.

In the latest mouth of eye-watering stupidity and cruelty is his refusal to set up a free-phone line for people who want to claim universal credits. Claimants can either apply online, or if they don't have access to the internet, pay 45p a minute to make a claim, or 12p a minute if they call from a landline.

This is despite a promise made by ministers in 2013 to stop using charging phone lines, after it was discovered that millions of claimants had no choice but to use the number.

Or maybe IDS is a genius. By charging people to call up and beg for money from the Government because they are out of work, they can weed out those who are fraudulently claiming. You can afford to call up and ask for money - you must have money, no more money for you! Those who are genuinely in need can't afford to call up, and therefore must be in genuine need. Will they get help? No, but at least they're honest citizens, playing their part in the big society. The ultimate example of British martyrdom, dying without heating or food to help us get our deficit down. All in this together, chaps.

Apple has this week gone to war against the FBI by refusing to unlock a suspect's iPhone.

The Darwin defier Donald Trump waded into the debate, with all the grace and elegance of a chainsaw in keyhole surgery.

"Who do they think they are?" the jowly troll doll spurts out. "I think security, overall, we have to open it up and we have to use our heads," he beautifully articulates.

"Somebody the other day called me a common-sense conservative. We have to use common sense," he continues, without an degree of irony. Imagine my surprise at somebody ever using common-sense as an adjective for Donald Trump, without prefacing it with "defies", "lack" or "has never utilised". He truly is like an enigma to me. Every week I patiently await for him to go "Surprise, it's all been a joke! I won't be standing as President as that's crazy," but it never comes. On the other hand, I guess he is providing America the opportunity to demonstrate that it isn't completely devoid of self-awareness, and vote for someone who at least toes the line of reality, and in turn banish Trump back under the bridge.

Daniel Craig is Bond no more… except, maybe he is?

At the beginning of this week, it was announced that Daniel Craig had quit the 007 series, having signed a contract to work on a new TV series, Purity. Most of us nodded our head, expecting something like this to happen after he not so subtly hinted last year that he'd rather slash his wrists than film another Bond movie. So, that's the end of the matter, right? Wrong! As news broke on Friday that MGM Studios are doing whatever they can to keep Craig on side, including pushing the film back to fit around his schedule. Will that be enough? Maybe, but I'd probably keep him away from sharp objects, just in case.

Nevermind Love Lockdown, I think Kanye needs to go on Twitter lockdown. Seriously, if you are friends with Kanye West (longshot I know) then please just take his phone away from him. Change his Twitter password, lock his door, and do not let him out for a few days. For the whole of this week, Kanye has been flip-flopping more than his South Park impersonation. First the album was called one thing, then another. Next is was a Tidal timed exclusive, then it's never coming to Apple Music. Then out of nowhere he was begging Mark Zuckerberg for $1bn to fund his projects, because he is $53m in debt. All in all, not the best week for Kanye in terms of publicity, and I'm sure any PR agent he has is crying in a room somewhere.

TV show host, comedian and all round gentleman has once again left Twitter this week after stating that "too many people have peed in the pool". Fry, whose documentary about living with bipolar aired this week, posted on his website that Twitter has become full of the "sanctimoniously self-righteous who love to second-guess, to leap to conclusions and be offended – worse, to be offended on behalf of others they do not even know." This comes after a backlash to a comment made by Mr Fry during his hosting of the BAFTA's award ceremony. This week we will also be saying goodbye to Stephen Fry on QI, as he is standing down as host and handing the baton over to Sandi Toksvig.

BBC Three has gone digital only In a controversial move, BBC has moved its youth-orientated channel on to the internet, and is no longer available on TV. Some argue that it's simply to "move with the times" as more and more "younger audiences are watching more online [content] and watching less linear TV", whilst others believe that it's another loss of culture for the young generation and an "experiment" by some. I guess we have no choice but to see what happens…

Also, the mockery of the new BBC Three logo is beautiful

The Breaking Bad spin-off is back, with the first episode of season 2 appearing on Netflix this week, heralding the return James "Jimmy" McGill, or as you might know him, Saul Goodman. The first episode, you ask? Isn't Netflix all about binge watching? Why yes, reader, often it is. Unfortunately that is not the case with Better Call Saul, which like its first season will be released weekly. In some ways it is annoying to return to what I consider to be an analogue method of viewing, but I guess there are benefits. The first is that we are seeing it in the UK literally the day after it has aired on AMC in the US. Secondly, by not being able to binge watch, people aren't going to be left behind if they don't have 10 hours to sit and watch something, meaning there are less spoilers.

According to Government statistics, almost 1 in 5 children have watched pornography, and they want this to change. The Government has already introduced legislation that requires all UK based pornographic websites to require age-verification methods, but are now introducing additional legislation that will require all sites to require such verification, or risk being fined £250,000. Additionally, the Government plan to target the financial supporters of such websites, namely 3rd party advertisers, to cut off the revenue stream for websites deemed to be breaking the law. Banks are already obligated to bar payments from websites breaking the law. 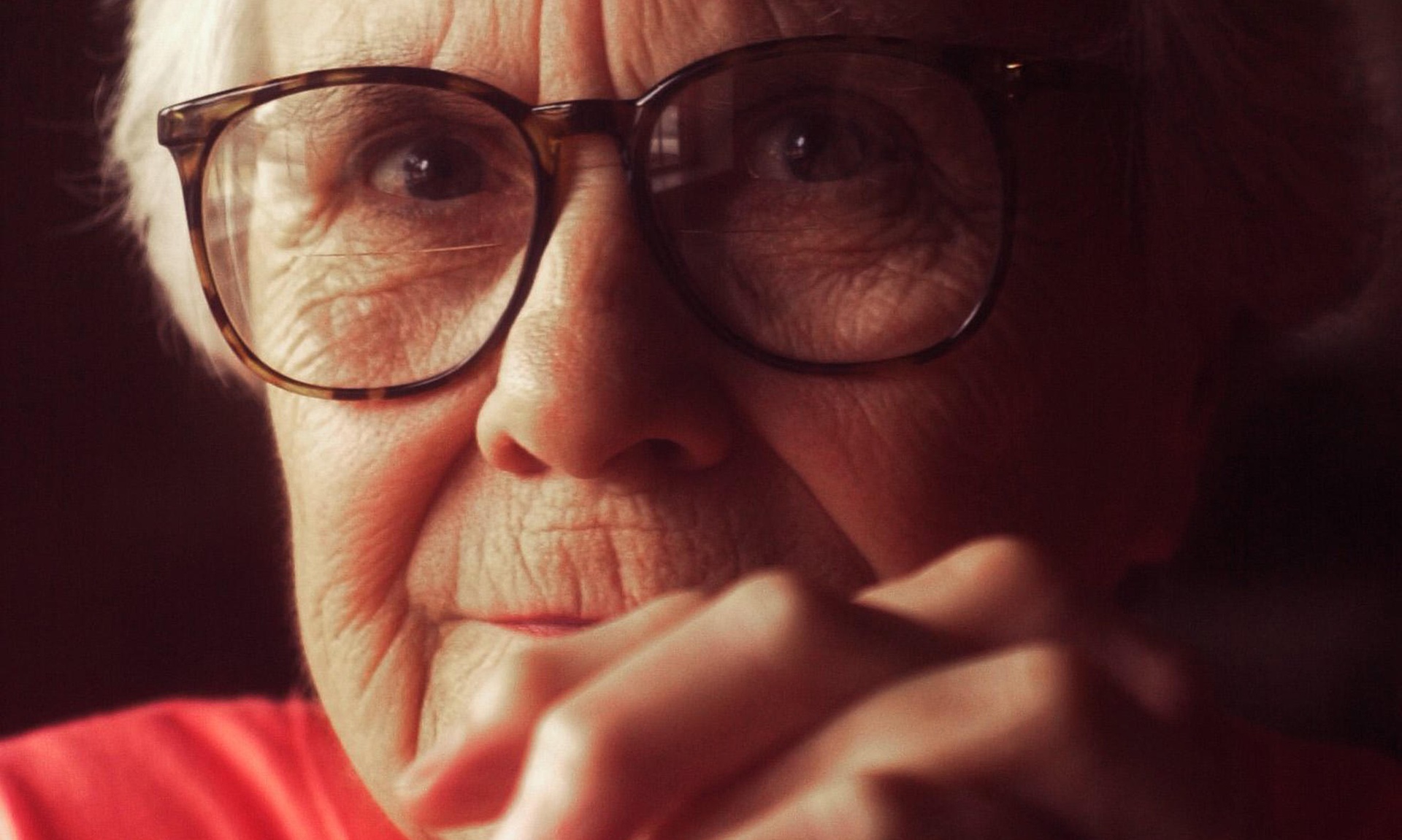 The much loved author of the classic To Kill a Mockingbird has died little over sixth months since the publication of Go Set a Watchman.

Since suffering a stroke in 2007 Lee's health had been declining.

Her first book won the Pulitzer Prize for literature and has been widely taught in schools, continuing to be hugely popular due to its loveable characters. While the more recent novel has divided readers it has also proved a success since its publication in July.

The Alabama born author is often seen as having penned one of the greatest novels ever written and is sure to be missed by many. However, her work will definitely live on, given that it was announced just last week that there is to be a Broadway adaptation of To Kill a Mockingbird.

The band Viola Beach have been in and out of the news recently due to a tragic accident that killed all four band members and their manager in Stockholm last week. Less than a week after the crash, the band entered the Official Singles Chart at number 11 and the track is expected to rise to become included in the Top Ten next week. The single 'Swings & Waterslides' has risen from entering the chart at number 39 earlier this week on Monday. The investigation into the car crash is ongoing.

After being a judge for last years' X Factor, Nick 'Grimmy' Grimshaw, a Radio 1 DJ has announced that he will not be returning for another series. This news was aired during his Radio 1 Breakfast Show in which he said "I did love it and it's not a diss to the show. It's a great show and I loved it. But it's definitely a once in a lifetime style thing," He also joked about not being able to have a curry on a Saturday night in front of the TV, because he is on the TV: "When you're there, there's no curry."

Luke, Sally and Ellen contributed to this report 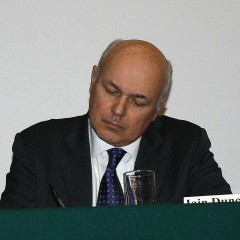