We're back, and in our absence Trump was considered a herald of peace, Daffy Duck died and a 'better Banksy' hit Britain

Hello! Chiao! Shalom! A delayed welcome to 2016, and to a slightly reworked News of the Week.

We took a month off in January, which is just as well because January was awful, but we are now back, we have our positivity goggles on, and we are ready to dissect the news for you once more. The we in that equation is our excellent team of Voice Reporters; Idriss, Ellen, Elena, Duane and Luke.

Some or all of them will be contributing news items each week, explaining why you might/should care, and any possible impact to your lives. Outside of this they each write their own brilliant columns and feature pieces, and I urge you to check them out.

This, for me, has been a week where all logic and reality has departed, replaced with nightmarish imagery of David Bowie, headteachers arguing against evolution, and Apple seemingly unfazed about disabling people's phones if they weren't repaired at an Apple store. But, look at this footage of an adorable baby polar bear!

Let's first tackle the insanity of Donald Trump's nomination for a Nobel Peace Prize, which I think is the big elephant in the room (geddit, because Republicans are represented by elephants - no? Ok). Mr Trump has been nominated, it is reported, due to his strength ideology, which he uses as a threat weapon against radical Islam, Isis and others. There is certainly some truth to this, seeing as the big D has promised to, and I quote, "beat the sh*t out of them", although the them was not particularly specified. Does that not sound like a man of peace to you? That should at least cheer up the New York Troll Doll, who this week came second to Ted Cruz in the Iowa caucus - a man who literally wants to build a wall to stem illegal immigration.

As if that wasn't enough sh*t talk, Mr Cameron is in the news this week touting his negotiating prowess with the European Union, delivering nearly but not quite any of his manifesto promises. Mr Cameron demonstrated his ability to deliver when he willingly accepted everything the EU was happy to concede anyway, and little more. While some in the media and public may shrug or roll their eyes, there are vocal Eurosceptics within his party who are unimpressed by the deal he got. This was worsened by his inability by appear before Parliament and be held accountable. While he was standing in a Siemens warehouse, flapping his hands in a decisive manner, attempting to persuade himself and the nation that he got a good deal, European Minister David Lidington was in Parliament, being accused by his Conservative colleagues no less, of being "reduced to polishing poo". If you have a spare 10 minutes, it might be worth making your own mind up about the Prime Minister's speech.

It has been more than 10 years since Robot Wars was last on TV, but strap on the Nostalgia Goggles because the matriarch of mayhem is coming back! The 6 year old inside me is literally jumping up and down with joy - not that you'd see it on my stoic and weathered face. I remember coming home every day from school, having tea and watching Robot Wars, followed by the Simpsons on BBC Two. Hosts Craig Charles and Philippa Forrester have been replaced by comedian Dara O Brien, and presenter Angela Scanlon. I'm quietly optimistic that this Irish duo will recapture the joy of my youth.

Archer to move to L.A. and become a private investigator

If you are yet to watch the absolute comedic genuis that is Archer then you are actually dead to me. I'm kidding, but seriously, you need to watch this show. Like, now. Don't worry, this article will still be here. When you've watched all the seasons, come back and comment your thanks. For those of you who are still here (hopefully all of you), you will be no doubt ecstatic to hear that your favourite Burt Reynolds wannabe, high functioning alcoholic, speed boat enthusiast Sterling Archer will be returning to FX on the 31st March. Show writers have already said that the Ex-spy will now be based in L.A. and is a private investigator working for… Cyrill. I know, right!

Actor James Corden has been named as the presenter of this years Tony Awards, which will be hosted in New York's Beacon Theatre on 12 June. This won't be Corden's first appearance at Broadway's biggest award ceremony, as in 2012 he won a Tony for best leading actor after his performance in One Man, Two Guvnors. Others to have hosted the ceremony include Neil Patrick Harris and Hugh Jackman.

LEGO Star Wars: The Force Awakens is officially a thing

Did you enjoy The Force Awakens? Do you want to engage with the film in a more interactive way, but without the realism of actual humans? Then good news! Lego are releasing another Star Wars game, and I have no shame in admitting that it looks really good. The announcement trailer is a near perfect replica of the official movie trailer, with that stylistic humour we have come to expect from a Lego game. However, they have already stated it will have a season pass and DLC, with no expansion as to timelines or what's included. FOR SHAME!

Voice artist Joe Alaskey - the talent behind Daffy Duck, Bugs Bunny, Marvin the Martian and other much loved Loony Tune characters has died, aged 63. Alaskey, born in New York in 1952, also had a role in Forrest Gump, providing the voice of Richard Nixon, and playing Yosemite Sam and Foghorn Leghorn in Who Framed Roger Rabbit.

Matt LeBlanc, famous predominantly for his role as Joey Tribbiani on the gargantuanly successful sitcom Friends. LeBlanc will be the first non-British presenter in the shows 39 years, but he is no stranger to the format. He currently is the fastest star in a reasonably priced car, making it around the track in a Kia C'eed in one minute, 42.1 seconds. Matt will be joining Chris Evans when the show returns in May. It is also rumoured that German racing driver Sabine Schmitz and motoring journalist Chris Harris will also have a role in the show.

The Brooklyn-based artist Brian Donnelly opened his first solo museum exhibition in the UK this week. Better known as KAWS, the artist is one of a kind in bridging the gap between high art and mass appeal, previously collaborating with Kanye, Pharrell and Comme Des Garçons. His enormous (some around 8m high) sculptures are now lording it over the incongruous, serene rolling hills of the British countryside, at Yorkshire Sculpture Park. He's basically a much better Banksy, go and see him.

UN rule Julian Assange is being "arbitrarily detained", Britain and Sweden shrug it off 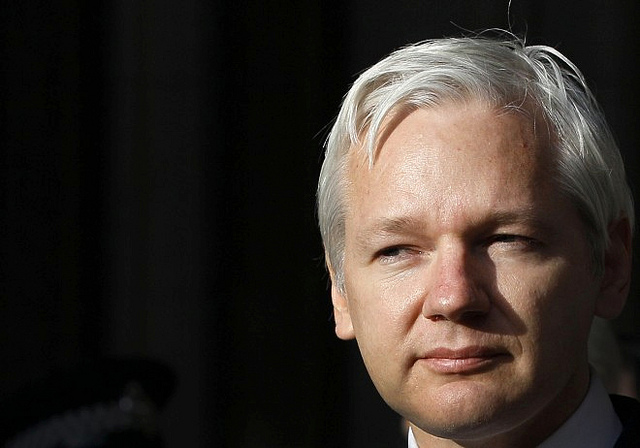 44-year-old Wikileaks founder Julian Assange has gained the support of the UN, who say that he is being arbitrarily detained in the Ecuadorian Embassy in London. For context, there is an outstanding Swedish warrant for Assange's arrest, following an allegation of rape, and Britain is under a binding obligation to arrest and extradite him. Mr Assange fears that his extradition to Sweden will result in further extradition to the US, where he could face the death penalty for leaking private documents relating to US military actions. British and Swedish authorities dispute the UN ruling, stating that he is not being arbitrarily detained, but instead willfully avoiding lawful arrest, and do not intend to drop the charges, and certainly don't intend to give compensation to him. The pursuit of Assange has cost the UK over £12m to date.

***
Emily Steer contributed to this report 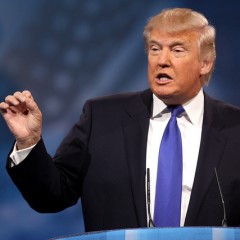 We're back, and in our absence Trump was considered a herald of peace, Daffy Duck died and a 'better Banksy' hit Britain