Good day, reader. I hope you are well and have had a pleasant week? At this point in the introduction I always feel inclined to go on some kind of rant about my week, but I will spare you that horror. Not that there isn't a bucket full of topics I could rant about. The ethically questionable Sun survey, the Russia/Turkey altercation, the new five-year inquiry that is going to examine child sex abuse, or Black Friday. It has certainly been an interesting week news wise. But it's not all doom and gloom. Very very soon, it will actually be an acceptable point in the year to start getting excited about Christmas, which by the way, is a mere 27 days away. Hands up who hasn't put any thought into Christmas shopping!

Enjoy your weekends, and more immediately, enjoy the news we have gathered for you. Until next week!

BBC Three to move online only in February 2016 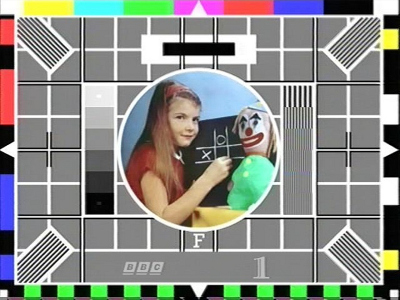 It feels like we write about this every other month, as the Beeb has been talking about this discussion for at least a year now. A date has finally been set for the end of BBC Three though, and that date is February 2016. The BBC Trust has approved the transition to online only, providing the long-form shows will be aired on BBC One and Two instead. The channel is highly popular with the under 25's, reaching 25% of them every week. A petition this year was signed by 270,000 people calling for BBC Three to be saved.

Not arts or media news specifically, and I'm not going to talk about whether or not the decision to bomb Syria is correct, as frankly, I don't know. This topic is included from a cultural perspective, because we can see history repeating itself. Although young, I remember the marches against the Iraq war in 2003, and 12 years later we are witnessing another mass demonstration, meaning another generation gets to experience it too.

The Monty Python and Fawlty Towers actor has spoken out this week, claiming he will never work for the BBC again, before blasting ITV for a lack of creativity. The 76 year old feels that the the commissioning editors at the BBC "have no idea what they're doing", in a withering attack on modern television. His attention then turned to ITV boss Peter Fincham, who Cleese suggested was cliche.

Controversial columnist and TV personality Katie Hopkins was invited to Brunel University, but the Student Union organised a mass walkout. Hopkins, if you didn't know, if renowned for making very blunt, unfiltered, controversial and often offensive comments in her Daily Mail column. As a student of Brunel, I will confess to being somewhat cynical over whether or not the University anticipated this kind of reaction - why else would you invite someone so controversial? It is good to see that the Union at least respected her platform to free speech, even if we hate what she says.

On Wednesday George Osborne announced the Autumn Statement, which outlines the Government spending for the next 4 years. A lot was discussed, and to cover it all here would be impractical, so here is a small selection of the areas of possible interest:

If you want to read the whole thing, you can hit the source link below.

Adele's album #1 in nearly every country in the world

Adele is perhaps the most famous person in the world...again. Her album, 25, released last week has broken a whole host of sales records despite not being made available on streaming services with the exception of Hello. It's has the highest one-week sales figures in history in the US exceeding 3 million sales there and is very close to it in the UK. It has charted at number one in a record 119 countries. Hello was the first song to be downloaded over a million times. 25 is officially the fastest-selling album in history.

Remember the heart-warming John Lewis advert that was released a few weeks ago, setting social media on fire? Well Aldi spotted an opportunity to make a cheeky jab at the retailer, by parodying the advert, and highlighting the savings a consumer would make at their store. Unlike the John Lewis advert however, it certainly did not cost £1m to make. The ending is perhaps not quite as tear-inducing either.

The trailer for the next Marvel film featuring Chris Evans has appeared online alongside three new character posters. The teaser lets us into the film which features a showdown between Captain America and Robert Downey Jr.'s Iron Man. The film is taking its inspiration from the Civil War comic arc, published in 2006-7, so seeing Capt. America and Iron Man duke it out on-screen has been long-awaited. The trailer premiered on Jimmy Kimmel Live so, naturally, everyone with an internet connection will see it soon enough. Marvel hysteria is in full flow with Jessica Jones premiering on Netflix and shooting on Doctor Strange beginning with Benedict Cumberbatch as the titular character.

The Hollywood Reporter Oscar roundtables have been recorded 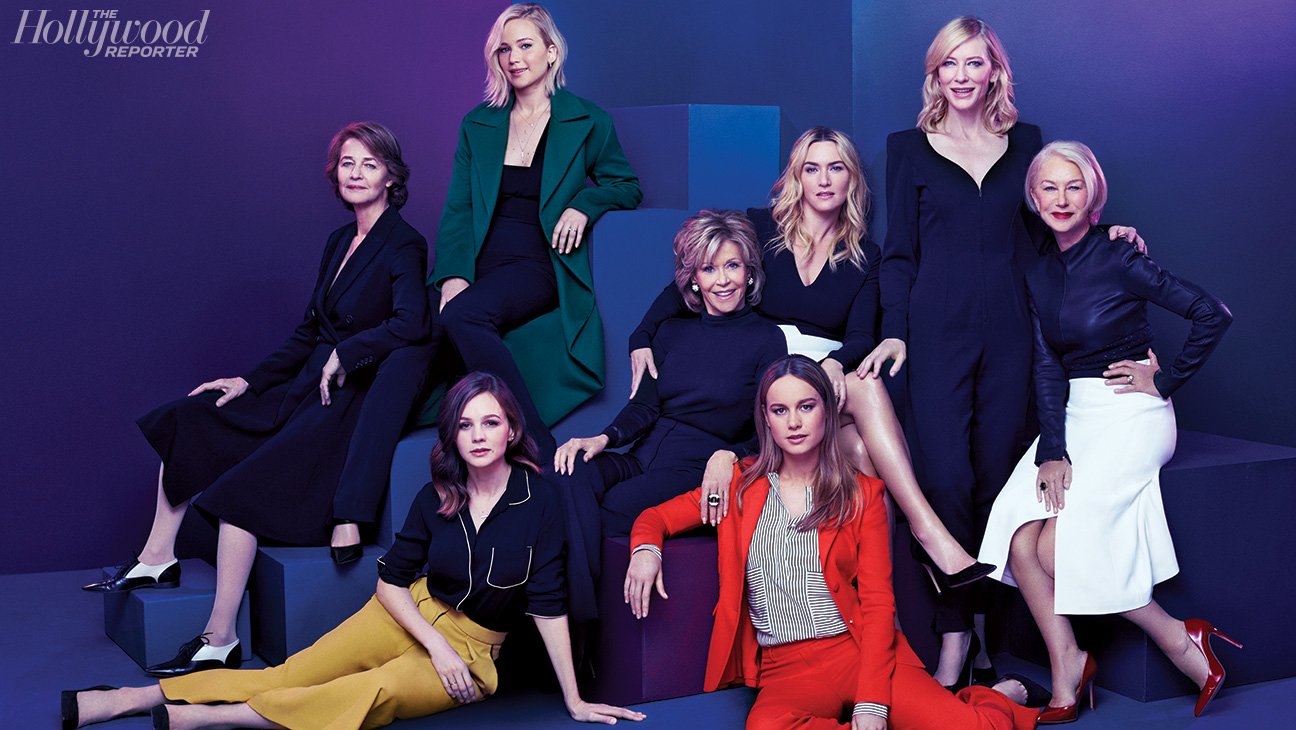 Every year, The Hollywood Reporter magazine sits down with the year's Oscar hopefuls in each major category and discuss their chances, but more importantly, the state of the industry. The first one to be released was the Actress Roundtable which featured an interview with Charlotte Rampling (up for 45 Years), Carey Mulligan (Suffragette), Jennifer Lawrence (Hunger Games, Joy), Jane Fonda (Youth), Brie Larson (Room), Kate Winslet (Steve Jobs), Cate Blanchett (Truth, Carol), and Helen Mirren (Trumbo, Woman In Gold). They discussed misogyny, gender-wage gap, and sex scenes. 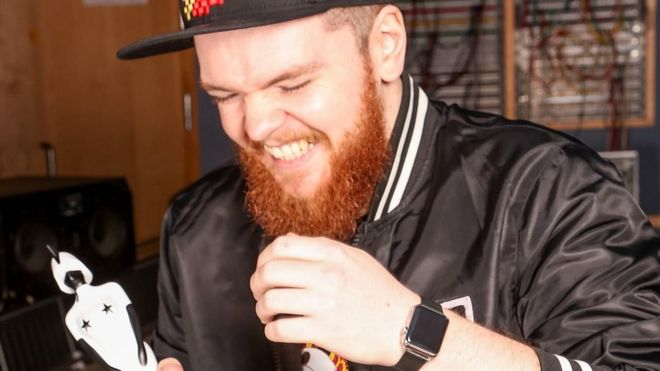 Jack Garrett, an electronic urban music pioneer has been selected as this year's Critics' Choice Award Winner from the BRITs Academy. He was in contention with soul singer, Izzy Bizu and pianist-singer, Frances. I was rooting for Garrett to win but all three are massively talented and worth a listen to - they perhaps make up the most diverse shortlist for the award for a while. Previous winners have, without fail, been met with global success and record-breaking albums. Following their careers is fascinating in itself. Noteworthy Critics' Choice Award winners are Adele, Sam Smith, Emeli Sande, and James Bay.

Watch this video of Charlie Chaplin

This week, I am going to be incredibly self-indulgent and recommend you all watch this video of Charlie Chaplin giving an emotive speech in the 1940 film The Great Dictator. If you are very active on social media, you may have seen it floating around of late, but I think it's amazing that something written in 1940 can still have relevance today. As you may know, Charlie Chaplin is famous predominantly for his silent films, and The Great Dictator is his first true sounded film. Obviously this piece has been overlaid with emotionally manipulative music from the talented Hans Zimmer, but even without, it is powerful stuff. I relate it back to my pieces over the last two weeks. We are stronger together, and life's too short and too hard for us to spend our time hating and mistrusting each other. Humanity is blessed with the ability to experience compassion, and that is an asset we need to utilise even more in times of crisis. 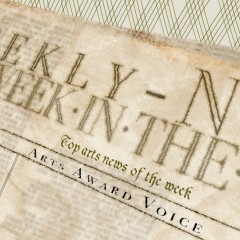