Welcome home, weary work-week traveller. Come in, take off your coat, sit by the fire, put your feet up and rest. You've earned it. We all know it is super exhausting saying goodbye to October, especially if you are dressed up and haunting the streets in search of free sweets. Well worry no more, it's November. Nothing happens in November, except for Thanksgiving, and the national punchup that is Black Friday. This is the month to take it easy, and start shovelling in mince pies - because there is no such thing as too early!

Enjoy this finely curated list of art and media stories from the week gone by. Then maybe go out and enjoy the beautiful scenery that is autumn. Unless it's raining, then nobody will judge you for slapping a Disney film on and huddling up on the sofa.

Stay safe, and have a great weekend!

Peep show is back for one last season

The modern cult classic Peep Show is coming back for one final season, and the trailer for it released this week. Once more we will return to the viewpoints of Mark and Jez - the El Dude brothers - and grow increasingly uncomfortable as the pair spiral into increasingly horrific and cringeworthy social situations. It's so much worse that we see a little bit of ourselves in their characters…

You can't help but notice the amount of repeat awards from last year. Fuse ODG, Krept and Konan, and Stormzy all picked up awards even after winning award last year. The latter two picked up most awards and Fuse won the same award he won last year. Another standout factor was the distinct lack of non-Black winners after complaints last year of many White acts winning awards for Black Music. The main event was not a happy one, with Rita Ora giving a very sullen performance on stage despite being the highest billed artist. The full list of winners is on The Guardian.

The British Independent Film Awards sponsored by Moet have released their nominations for the 2015 ceremony. The Lobster starring Colin Farrell and Rachel Weisz tops the list with seven nominations followed by 45 Years with Charlotte Rampling and Macbeth with Michael Fassbender and Marion Cotillard with six each. Similarly to how the various American guild awards give an indication to who will end up on top at the Golden Globes and Oscars, the BIFAs are the strongest indication of BAFTA and Cannes success. The full list of nominations is on The Guardian. 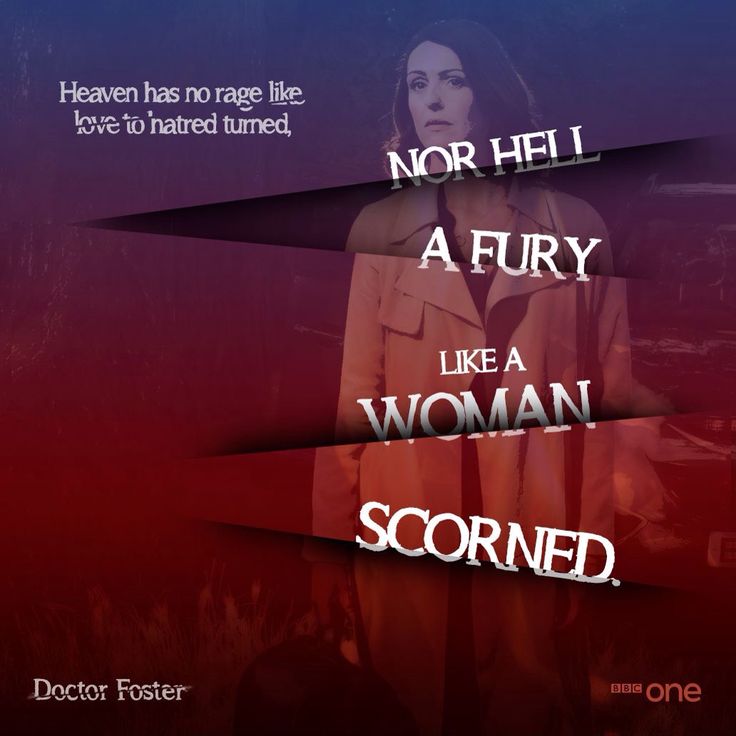 The finale of Doctor Foster, which consisted of a dinner scene hailed as the most climactic drama event of the year, racked up over 10 million viewers - the most watched drama episode of the year so far. With an average rating of 8.2 million it's the biggest success of the year for the BBC. Suranne Jones and Bertie Carvel's staggering performances were the catalyst to the programme's success.

The BBC's latest online project plays on the power of nostalgia

Old episodes of Doctor Who, Dad's Army, and Fawlty Towers and various "lost gems from the BBC archive" are to be made available from an online archive streaming service they're putting together called BBC Store. Users can buy and download single episodes or entire series of multiple classics as well as new popular series such as Poldark and Wolf Hall. It's a vault into the past for BBC iPlayer.

Founded in 1888, The National Geographic Society is set to have its largest staff layoff in its 127 years of operation. The Society was effectively bought by the 21st Century Fox, which is owned by Rupert Murdoch. The purchase turned the Society from a non-profit to a for-profit partnership. Roughly 180 of the 2000 strong workforce are to be laid off in cost-saving measures, which represents roughly 9% of the staff.

It seems to be replacing the Coca-Cola advert as the signifier for the arrival of Christmas. This year's ad addresses the elderly, for many of whom, Christmas can be an odd and lonely experience. John Lewis' Christmas ad campaign has become notorious for not overtly advertising itself or its products but telling heart-warming stories and having beautifully made micro-films. It's viral advertising heaven. This year's is called Man on the Moon.

After a recent scandal on the rejection of Margaret Thatcher's clothes, confusion arises at the legitimacy of the source who initially made this statement:

"The V&A politely declined the offer of Baroness Thatcher's clothes, feeling that these records of Britain's political history were best suited to another collection which would focus on their intrinsic social historical value.

"The museum is responsible for chronicling fashionable dress and its collecting policy tends to focus on acquiring examples of outstanding aesthetic or technical quality."

This is in complete contradiction to the response which came after the press published details of the statement.

Nicholas Coleridge, chairman of the V&A told BBC Radio 4's World at One programme that there was "no letter, no meeting, no judgement... no overture of any kind... and no turning down of her clothes at all".

With all of these interesting and opposing views, we will keep you updated on any developments here on Voice.

Amazon has opened its first physical book store, in a move which surprised many, given their penchant for digital. The store will be open 7 days a week, except for holidays. Amazon will be using the huge array of data they have on customers to aid the decision on which books to stock, and have actual customer reviews on placards. The prices will also match the online prices. As expected, Amazon devices will be on show, but this appears to be a book shop first and foremost. Given that Amazon essentially declared war on the physical bookshop, it is interesting to see them embrace the idea of a storefront presence. 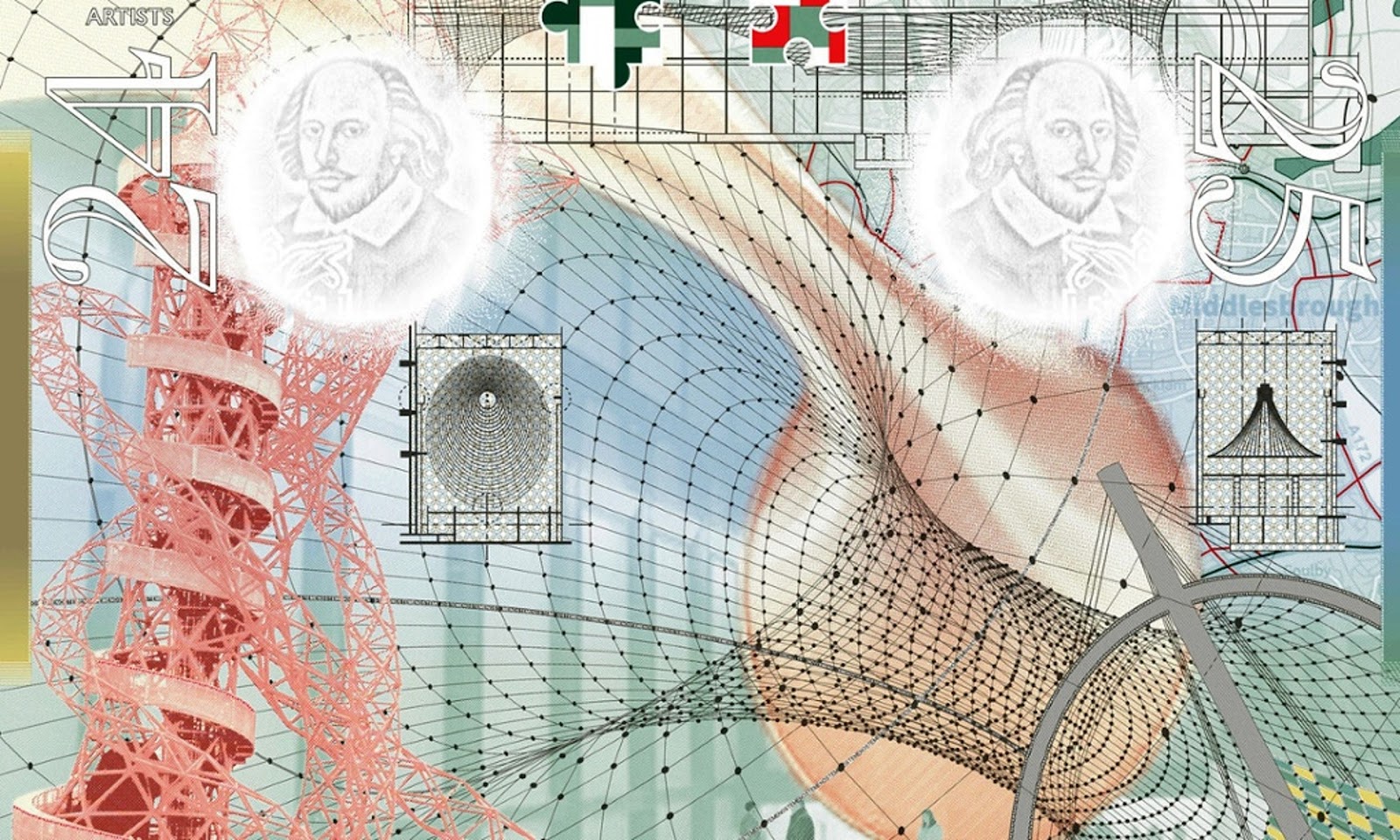 The focus of the recent re-design of the UK Passport has been "Creative United Kingdom", demonstrating that at least one part of the government is highlighting & valuing the contribution creativity makes to our economy. The problem is that only 2 profiles are women and there are 7 men. For a government that has done pretty well on further developing equalities legislation over the last few years is this a step back? Men and woman should be equally recognised - although individuals should be selected for their contribution rather than simply balancing the see-saw. Nonetheless, there has been public criticism of the announcements, as there are certainly more than enough successful, creative women who deserve a spot.

Fallout 4 partners up with Forza for exclusive cars

3 more days! 3 more days! It is difficult to tell you quite how much hype surrounds this game, and Deputy Editor Tom has already started stocking his room with food and water for when he seals himself in.

For those of you who can't wait, Forza is able to provide at least a little bit of Fallout fun, in the way of some new Fallout themed cars.The first instalment is a 1956 Ford F100, powder blue in colour, with an image of the Vault Boy on the side. If you didn't know, Fallout 4 launches 10th November 2015.

To end this article, I thought I would try and introduce a new feature we would like to introduce. Basically, TRY THIS is our way of sharing with you something we found during the week that we enjoyed, be it a song, a video, a new activity or a cool website. It is basically limitless in scope, and we hope it will let you get to know a little bit more about the kind of people we are, and what we enjoy.

To kick things off, I want to share with you something that Bhavesh shared with the team in Slack. It is an animator by the name of Felix Colgrave. His art style is absolutely beautiful, quirky, and a delight to watch. I have just selected one video, but I encourage you to look at some of his other work.

Have a great weekend! 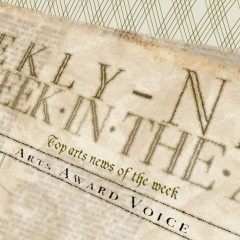