Well, that's October gone! It's getting a little bit scary how quickly time seems to be flying by, but perhaps it's a symptom of my growing old. But, either way, another month has come to pass, meaning we are one month closer to Christmas, and New Year. I can't speak for all of you, but I personally feel the biggest news of the last week was that we all got to enjoy an extra hour in bed! The European Parliament voted to call on all member states to drop criminal charges pressed against NSA whistleblower Edward Snowden, but it's up to said states to do so. A judge in Argentina has reopened a case involving Top Gear's controversial use of a Falkland War referencing number plate, and The Sun is scrapping its online paywall, if you're into that sort of thing.

For the younger of you out there, or those of you who are young at heart, I hope you enjoy trick-or-treating tonight. Remember to dress warm, stay safe, and don't pig all your goodies at once - but I won't judge you if you do! 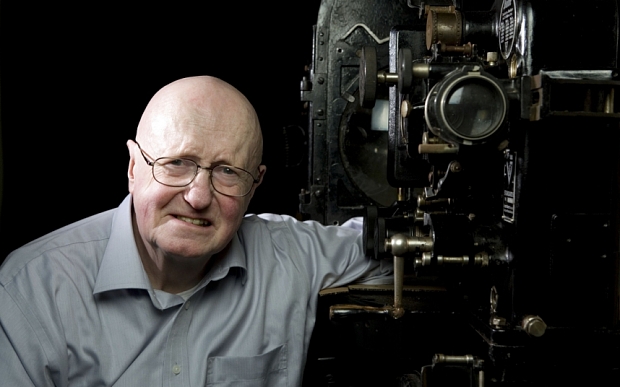 The observer's film critic of 35 years died this week, following a heart attack, aged 82. Before working at the Observer, French had a highly successful career at the BBC. THe critic won numerous awards over his lifetime, including the British Press Award Critic of the Year in 2009, and an OBE in 2013. He retired 2 years ago, but continued to write for the paper every week, showing his dedication and love for the job.

University applications are to become anonymous

David Cameron announced that in a bid to end discrimination, names will be taken off of university applications, starting from 2017. UCAS has said that they are keen to increase the number of minority students attending university, and this may be one such method of doing it. Additionally, the PM said that leading graduate employers have agreed to remove names from their application forms, again in an attempt to reduce discrimination.

Quentin Tarantino joined hundreds of demonstrators in the protest against police brutality the past weekend. He took part in the march on Sixth Avenue and spoke against national wide police violence. The march was part of a three-day event organized by RiseUpOctober. NYPD union called for boycott of Tarantino's new film, after the filmmaker joined and spoke at the protest. The protest was peaceful and it was reported that arrests didn't occur.

This is a particularly meta/self-indulgent piece of news, but we have just published a load of new video resources that are perfect to help with Part C of your Bronze Arts Award. if you are wanting to do a Bronze Arts Award, or perhaps advise a group of young people, then our new Off the Shelf voicebox should definitely be of interest!

It's official. The UK loves James Bond. The highest grossing film of all time in the UK used to be Skyfall, and made £6.2m on it's opening day. Spectre, unusually, opened on a Monday instead of a Friday, but took it £6.3m for Tuesday, and then a further £5.7m on the Wednesday. It is on course to take Skyfall's place as the highest grossing film in the UK, but will face stiff competition from Star Wars: The Force Awakens. Tom wrote a review of Spectre, but found it to be a very mixed bag. This being said, he is notoriously difficult to please, and obviously is in a minority given these figures!

Benedict Cumberbatch is currently performing hamlet in the Barbican, and every night has been given speeches to encourage the audience to raise money for Help the Children. This week his frustration with the Government not "doing enough" boiled over, swearing about the politicians. The Sherlock star has been a vocal supporter of the Syrian refugees, and so far has raised £150,000 through audience contributions.

For as long as I've been podcasting, it has always been the case that iTunes was the place to get your podcast. Nearly everybody had iTunes, and it by far dominated the market for podcast distribution. With the explosion of mobile computing, over options sprung up, like my personal favourite - Pocket Casts. Google has notoriously dragged their heels on jumping into the podcasting scene, but they've finally sprung into action, working with big partners like Nerdist and HBO. It's US only at the minute, but will almost certainly roll out quickly. 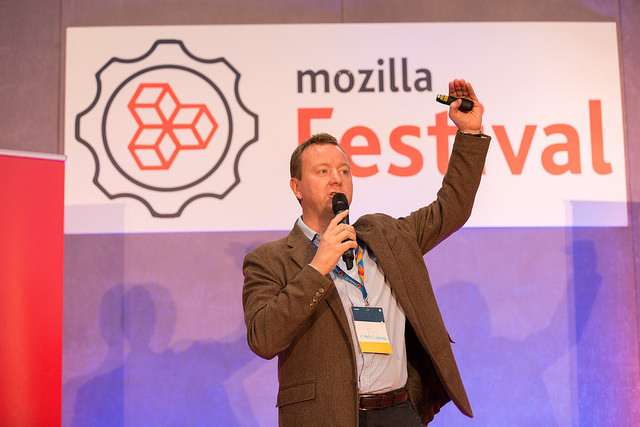 Mozilla, the organisation behind the popular web browser Firefox, has started an open-source supporting award programme. The Mozilla Open Source Support programme is intended to further the security of open source software, which many companies rely on. It is a happy turn of events that Mozilla launched the programme this week, as the Voice team will be heading over to the Mozilla Festival (#mozfest) next week to provide coverage. Mozfest is focused on "forging the future of the open Web", once more affirming their dedication to open platforms

Under 34's at risk of becoming the 'lost generation

A report published by the Equality and Human Rights Commission (EHRC) stated this week that under 34's - their definition of young people - have suffered the biggest decline in employment and income. As such, access to decent housing, economic independence and employment in general is harder to achieve. The EHRC commissioner Laura Carstensen said "[young people] have the worst econic prospects for several generations" The Government will be introducing a new national living wage for those over 25, but the 21-24 age bracket will continue to be on the old minimum wage of £6.70, on account of our apparent lack of productivity.

Elena Losavio contributed to this report 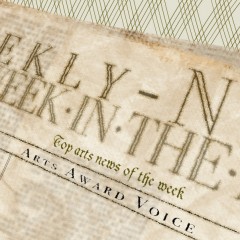 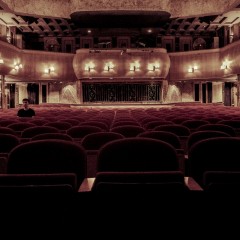 Looking back at theatre in October