We are now firmly in September, and the weather is making sure we all know that summer is over. Despite your natural (and sensible) inclinations, you may have left the house, meaning you couldn't watch the rolling news religiously. Well worry not, because we have gathered some of the biggest arts and media stories, breaking the week into bitesize chunks, and giving you links for more information. Enjoy reading, and have a great weekend.

Lord Tony Hall took to the stage this week to announce the vision he has for the BBC over the next decade. It would seem that the BBC are focusing more on digital forms on content distribution, creating a child version of iPlayer (iPlay), the ability to binge watch iPlayer, and plans to create a music streaming service. This all comes as negotiations begin for their 31st December 2016 Charter renewal, which lays down the constitutional framework within which the BBC operates.

Britain will take 20,000 refugees over the next 5 years 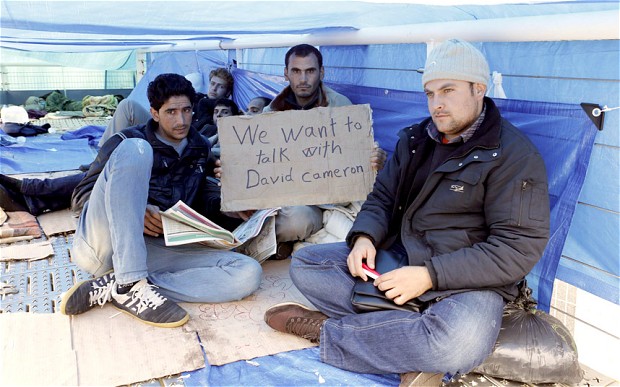 We reported last week that the Government was coming under increasing pressure from Europe and the British public over the growing Syrian refugee crisis, and that David Cameron announced that more would be done. Well, this week, more was defined. Britain will be taking 20,000 refugees over the next 5 years, prioritising children and orphans.

The veil has lifted on the mystery that is the artist who has sung the song for the latest James Bond film, Spectre. Smith revealed the artwork and title of the song, Writing On The Wall. Sam Smith is not only the youngest artist to ever record a James Bond song but also the artist with the shortest career. The has just one EP and one album under his belt and yet his profile has been so huge that he has been afforded this honour. Following the record-breaking track by Adele for Skyfall, all eyes are on Smith.

Danny Boyle says his next project will be Trainspotting 2

Back in 1996, a barely known Danny Boyle made Trainspotting - a film which is now considered one of the greatest films of all time, arguably singularly reviving a suffering British film industry. Twenty years on, the main four actors, the writer, director, and producer have all signed on to make the long-awaited sequel which Boyle has announced will be his next project following his next release, Steve Jobs, about the Apple pioneer.

Hollywood has a rich tradition of paying its most valued stars astronomical amounts of money. Previously, the highest paid male TV actors have been Charlie Sheen for Two and a Half Men, and Hugh Laurie for House, M. D.. Joining them, now, is Jim Parsons who plays Sheldon Cooper in the unstoppably popular The Big Bang Theory. The female list will be announced soon.

The annual Apple iPhone event happened on Wednesday, although the phone (and everything else on stage) was overshadowed by the simply humongous 12.9inch iPad Pro, with 5.6million pixels on it's gargantuan screen! The largest technology company in the world also announced they refreshed Apple TV, which has been treated as nothing more than a hobby since 2011. It now has Siri built in, and a remote with a glass trackpad and motion tracking, as well as app support.

At 5:30pm on Wednesday 9th September 2015, Queen Elizabeth Alexandra Mary Windsor supplanted her great-great-grandmother, Queen Victoria, as the longest reigning monarch in British history. It was 1952 that she ascended to Queen, and was coronated the following year. She has now been the head of State for over 63 years.

God save the Queen.

Harry Styles has saved the fortune of 13 Beluga whales

SeaWorld, in the same week it welcomed a new baby manatee to its waters, has bowed to pressure and announced it will no longer accept stolen whales from the wild in its world famous parks.The pressure that tipped them over the edge to make this change didn't come from the BAFTA winning, infamously controversial documentary about SeaWorld's inner workings, Blackfish. No, it came from a short rant by Harry Styles during a One Direction live performance. 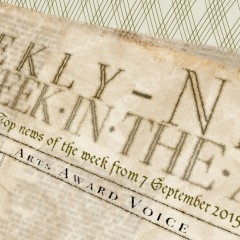