Wes Craven, legendary director of horror films has died in his home in Los Angeles after a battle with brain cancer.

He was responsible for such films as the iconic A Nightmare on Elm Street in 1984 with character Freddy Krueger and Music of the Heart. He also subverted the horror genre entirely when he created the Scream series of films which addressed the horror genre as a part of its own terror.

With A Nightmare, which he both wrote and directed, he established what has now become infamous as the youth horror sub-genre which brought the horror genre to a younger, more sensitive audience. Then, by masterfully parodying the sub-genre he'd pioneered, he created the modern classic Scream in 1996 which catapulted the likes of Neve Campbell into or back into stardom. With this, he showcased how deep and monumental his filmmaking talents were. Scream was a critical success, was hailed as a classic, and a commercial success.

In recent years, he took to the interesting task of remaking his own films. He re-produced his films The Hills Have Eyes in 2006, the original of which was made in 1977, and The Last House On The Left in 2009 which was made all the way back in 1972, Craven's debut feature. His tenure at the very least is testimony to the depth of his significance on the industry.

Neve Campbell, star of all the Scream films, said:

"We lost a great deal of magic yesterday. I'm devastated to hear of Wes's passing…My life wouldn't be what it is without him."

Away from horror, Craven directed Meryl Streep to one of her numerous nominations for her phenomenal turn in Music of the Heart. He did other smaller films like Red Eye with Cillian Murphy and Paris, Je T'aime. He also had a vast repertoire of work in television and was an exec on a television adaptation of his own Scream. He studied three degrees and briefly taught here at Westminster College. He gave debut or breakthrough roles to Johnny Depp, Sharon Stone, and Bruce Willis.

He's survived by his wife, his children, and grandchildren. A consummate professional, a giant, and a true great, he will be sorely missed.

The industry reacted with sadness to his passing.

Today the world lost a great man, my friend and mentor, Wes Craven. My heart goes out to his family. x
— Courteney Cox (@CourteneyCox) August 31, 2015

I had the great privilege of working with #WesCraven one of the kindest most gentle souls, who made great scary films. #RIPWesCraven
— Sarah Michelle (@SarahMGellar) August 31, 2015

I've always had the deepest respect for @WesCraven and his ability to take his fans on a thrilling ride. Warmest regards to his loved ones.
— Roland Emmerich (@rolandemmerich) August 31, 2015

Can't believe the news. Heartfelt sadness and deepest condolences with the passing of Wes Craven. Truly one of my biggest inspirations. #rip
— James Wan (@creepypuppet) August 31, 2015 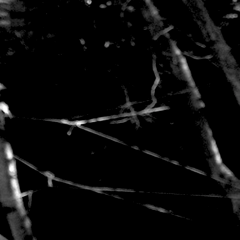 Wes Craven, legendary director of horror films has died in his home in Los Angeles after a battle with brain cancer.