It started with Apple in 2010, with a particularly critical letter by Steve Jobs, explaining why Flash would not be supported on iOS devices. Pointing to "poor performance", "abysmal security" and "energy consumption", he said Flash was no longer required for users to engage with web content, and new web standards like HTML5 will serve as a replacement.

Five years later, and Flash is still hanging in there, but it seems with every year it becomes a bit more redundant. Web services are all moving away from Flash, and it seems Twitch is the latest to start making those tentative steps.

For those of you frustrated by your fans whirring aggressively when you go to watch a stream, hold back those tears of jubilation. This move is only a partial transition to HTML5 and Javascript. The video controls will no longer be in Flash, but the video playing underneath will remain as Flash for the time being.

Writing on the Twitch blog, Georgia Price writes that this is "an important step to releasing the much-anticipated full HTML5 player. This will be rolling out slowly over the next few weeks and months, so it might not be visible immediately for everyone.

Twitch was purchased by Amazon in September 2014 for $970 million. 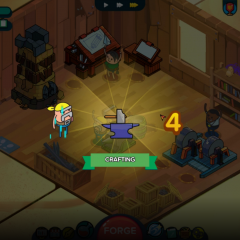 Twitch begins to kill off Flash