‘The Sounds Of My London…’, will give young creatives from London a platform to share their communities and music scenes.

Skiddle, the event discovery platform, has partnered with London based youth charity, Young Urban Art Foundation (YUAF), to create a new programme that will give young creatives a platform to showcase short films about their London Music Scenes.

The event discovery platform and the youth charity have partnered for the very first time to support young people in the London community, and will empower marginalised creatives in hard-to-reach areas, such as those where young people are at high-risk of child exploitation, being a victim of crime, or simply do not have access to opportunities.

The young creatives will be challenged to create their own film which will form part of the series, and give an insight into the real music scene and communities of the city. The new video series will be built using many different mediums, including utilising video footage, illustrations, animations, audio recording, photography, and will be released this summer across Skiddle’s platforms.

‘Sounds Of My London…’ will show different boroughs and how the vision of the city can differ depending on the community someone is part of. The programme will give participants the knowledge to create an original content series, and will feature guest facilitators including actor Femi Oyeniran and director, actor and producer Nicky Slimting Walker.

Kerry O’Brien, CEO and Founder of Young Urban Arts Foundation said: “We’re really excited to kick off our partnership with Skiddle, this project will be so rewarding for our young people to broaden their creativity, up-skill as well as their work being seen across Skiddle platforms, thank you!”

Lisa Braithwaite from Skiddle added: “We are really looking forward to this new partnership with the Young Urban Arts Foundation. It is extremely important to us that we work together to give these young creatives a voice and to showcase their work. We can't wait to see the final videos!”

As part of Skiddle’s recent growth in London, the brand is keen to shine a light on wider communities within the London boroughs, and the different cultures within them, providing more opportunities for events and artists to flourish via its platform.

The programme will be run as part of the ‘YUAF Futures’ pillar, which was created for young people aged 16-19 from communities challenged by inequality (BAME, LGBTQIA, disabled teenagers and those living in poverty), with an aim to provide them with work experience placements within their chosen industry. YUAF’s goal of the Future’s scheme is to help to build a support network and self belief in the youth community to drive their aspirations.

To find out more information about YUAF and their other projects, head to their website and to keep up to date with ‘The Sounds Of My London…’, find Skiddle on their socials Instagram and Youtube.

A company built by fans, Skiddle is an independent primary ticketing outlet housing the biggest range of events in the UK, across music, comedy, food + drink, festivals, attractions, theatre and more. With over 14m tickets sold and over 4m happy customers, Skiddle is rated 4.5* on Reviews.io and Trustpilot.

Since 2009, YUAF has been helping vulnerable and disadvantaged young people fulfil their potential by engaging them with music and other arts. YUAF creates a safe space for young people to break free from the fears and barriers they face, talk about mental health issues and show, showing by example, that they can become whoever they want to be. Through Young Urban Arts Foundation workshops and programmes, young people may develop their creativity, skills and self-esteem, with many gaining the confidence to get into employment or further education, whilst others might overcome personal issues they may have. YUAF delivers exciting workshops and programmes in the heart of communities using its unique Outreach Media Bus, or by bringing staff and resources to schools, community centres, youth hubs or any venue that needs it. 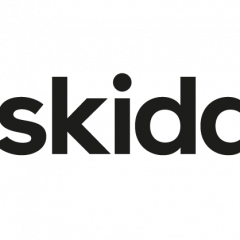 ‘The Sounds Of My London…’, will give young creatives from London a platform to share their communities and music scenes.