The hitmaker won the copyright claim made by Sami Chokri

Ed Sheeran has won a lawsuit that alleged that his hit ‘Shape Of You’ had infringed Sami Chokri’s work.

Chokri released ‘Oh Why’ in 2015, and in his suit argued that Ed’s 2017 hit shared a melodic sequence and lyric.

Whilst you can hear a faint similarity, a judge ruled that there were "differences between the relevant parts" of the songs, which "provide compelling evidence that the 'Oh I' phrase in Sheeran's song "originated from sources other than Oh Why".

Following the ruling this morning, Ed Sheeran took to Instagram warning fans that “Claims like this are way too common now. [They] have become a culture, where a claim is made with the idea that a settlement will be cheaper than taking it to court”. He goes on to say “coincidence is bound to happen if 60,000 songs are being released everyday on Spotify.”

Shape Of You was 2017’s best selling song in the UK, and has also become the most streamed track ever on Spotify. So was the lawsuit really just a way for Sammi Chokri to make some cash that backfired? Well, the judge said "I find, as a matter of fact, that he had not heard it,". So I’ll leave you to decide whether the claims were ‘baseless’ as Ed said or if they actually had substance.

You can here the two tracks below and decide for yourself: 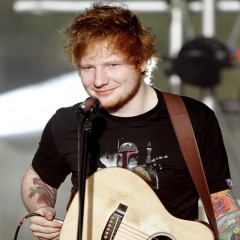 Ed Sheeran wins lawsuit against hit single Shape Of You

The hitmaker won the copyright claim made by Sami Chokri