Last year, crime across London hit an all time high with the most teenage murders in a year since records began – most of which involved knife crime.

Working alongside a number of charities including the Stephen Lawrence Day Foundation, this year Arsenal F.C have teamed up with Adidas to launch their No More Red campaign which aims to support young people at risk of knife crime in London. The campaign is fronted by former professional footballer Ian Wright MBE.

Voice spoke to Tom Pickering, a youth worker for XLP, a charity that “exists to build long-term relationships that empower young people by taking youth work opportunities into communities that have a lack of provision”.

Tom said that “often due to closures of youth centres, young people struggle to thrive [and are] without opportunity”.

In 2020 a report conducted by the youth charity YMCA uncovered that services for young people suffered a massive 70% cut in less than 10 years. The report also found that in 2018-19, 750 youth centres shut down with over 4,500 youth workers becoming unemployed. Some areas such as Slough and Luton completely lost their funding making it even more difficult for young adults in deprived areas to access support.

The cuts to youth work are felt across the country, as knife crime continues to be a major problem. The lack of support and positive role models for young people plays a major role in being unable to tackle knife crime and giving young people the best possible start in life. 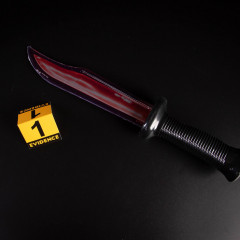