Musicians have been criticising the music streaming business model since its inception. Now, the government has launched a probe into the market to gauge the industry's fairness.

After Kevin Brennan MP’s proposed bill on reforming of musicians’ remuneration failed to pass through the House of Commons last December, the UK government’s Competition and Markets Authority (CMA) has now formally launched a new probe to investigate the music streaming industry.

The study announcement also follows last summer’s scathing ‘Economics of Streaming’ report published by the Digital, Culture, Media and Sport Select Committee, prompting parliament to then call upon the CMA to conduct a new study.

The government has now stated that the CMA intends to “examine the music streaming market, from creator to consumer, paying particular attention to the roles played by record labels and music streaming services”.

Within the investigation, CMA will be figuring out if “innovation is being stifled and if any firms hold excessive power”, with a focus on attempting to understand whether large firms within the industry could possibly use their weight to influence the choices of listeners.

With the announcement, they said: “While focussing on potential harm to consumers, the CMA will also assess whether any lack of competition between music companies could affect the musicians, singers and songwriters whose interests are intertwined with those of music lovers.”

The CMA have made clear that if the study encounters issues they “will consider what action may be necessary”, and are now inviting “customers, businesses and other interested parties” to comment on issues already raised in both their Statement of Scope and Market Study Notice.

Chief Executive of CMA, Andrea Coscelli said: “Whether you’re into Bowie, Beethoven or Beyoncé, most of us now choose to stream our favourite music,” adding,  “A vibrant and competitive music streaming market not only serves the interests of fans and creators but helps support a diverse and dynamic sector, which is of significant cultural and economic value to the UK.”

The study will assess if there is a true need for a full competition investigation, and will determine whether the government should impose legislation to improve the UK’s music industry, take enforcement action against firms, or whether they should keep things as they are.

David Martin, the CEO of Featured Artists coalition, expressed his “delight” about the news of an investigation to NME. He said: “Streaming has delivered a great deal of opportunity for our industry, for artists and for fans. The format now represents the sector’s largest and fastest growing revenue stream. However, the foundations which streaming is built on are decades old and were not designed with the format in mind. It is therefore right that this work takes place to ensure that the infrastructure is fit for purpose in the modern era.”

“Streaming is complex, therefore we support the wide-ranging approach set out in the CMA’s Statement of Scope. It is imperative that the whole sector is properly understood in order to ensure that the UK music industry is the most fair, transparent and modern music industry in the world.

The CMA has until 26 July to publish an interim report on the provisional findings of the investigation, including a decision on whether there are grounds for a full market study. Then, the regulator has until 26 January next year to publish a full report and start an in-depth review, if necessary.

Header Image Credit: "The British Parliament and Big Ben" by ** Maurice ** is licensed under CC BY-NC-SA 2.0 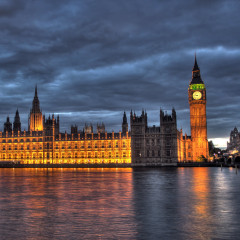 Musicians have been criticising the music streaming business model since its inception. Now, the government has launched a probe into the market to gauge the industry's fairness.