Following an error through a shortlink, fans of Ozzy Osbourne who wanted to purchase his new Cryptobatz NFTs have been targeted by a phishing scam.

Last week, after much publicity regarding his new NFT endeavor, Ozzy Osbourne finally launched Cryptobatz. His collection of 9,666 digital tokens were minted to celebrate the 40th year anniversary of his infamous bat-biting incident at a show in Iowa, held in 1982.

The Prince of Darkness told Rolling Stone: "I've been trying to get in on the NFT action for a while so when I asked Sharon for a Bored Ape for Christmas after several failed attempts of buying my own, and she said no, I decided to create my own," adding that Cryptobatz is a "f*****g mental project for NFT collectors and fans. The design pays tribute to one of my most iconic onstage moments and is a chance to acquire a rare piece of art history. I love it!"

Now, it appears that fans who wanted to purchase the NFTs have been targeted by scammers. Tech website The Verge broke the news after they revealed that the shortlink used by the NFT developers to direct customers to their community page on the platform Discord had been hijacked by phishing scammers.

Once it was switched, scammers acquired the original URL, and then directed customers to a phishing site through a fake Discord. Users were then asked to give their credentials, in turn exposing their cryptocurrency wallets. Apparently, up to 1300 buyers could have been taken in by the scam.

The company behind Cryptobatz, Sutter Systems, pegged the blame on Discord rather than themselves. The co-founder of the company, who goes by the name ‘Jepeggi’ said, "Although we feel very sorry for the people that have fallen prey to these scams, we cannot take responsibility for the actions of scammers exploiting Discord – a platform that we have absolutely no control over.

"In our opinion this situation and hundreds of others that have taken place across other projects in the NFT space could have easily been prevented if Discord just had a better response/support/fraud team in place to help big projects like ours."

There is reportedly no connection on behalf of Ozzy and Sharon Osbourne regarding the scam, other than now-deleted tweets from Osbourne using the old Discord URL. The tracking website NFT-Stats has revealed that the total volume of Cryptobatz trades so far have amounted to $34.54 million (£25.6 million) over the past seven days.

Other NFT creators such as Bored Ape Yacht Club, Supdux, and Cryptodz have all teamed up with Ozzy’s team to let their digital bats combine and mutate with other NFTs, a special feature added by Osbourne. A Cryptobat has the ability to ‘bite’ another owned NFT, their website states: “We wanted Cryptobatz to do something new, something that wasn’t easy, something that we hadn’t seen before. Every Crybtobat holds an innovative power… The ability to ‘bite’ an NFT from another bluechip project and create a ‘Mutantbat’ that shares the DNA of both tokens''. A single Cryptobatz NFT will set customers back around $5,046 (£3,744) on OpenSea (around ETH 1.8). NFT sales in general topped off at close to $25 billion (£18.5 billion) in 2021, as the format has seen increased popularity.

But the maddening amount of money being spent and increasing popularity has attracted many scammers, raising questions on the policing of fraud within the crypto landscape. Research firm Chainalysis has reported that around $14 billion (£10.3 billion) worth of scams took place last year in their 2022 Crypto Crime Report. 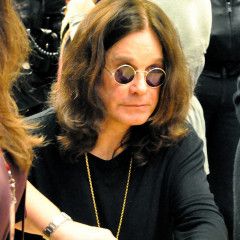 Following an error through a shortlink, fans of Ozzy Osbourne who wanted to purchase his new Cryptobatz NFTs have been targeted by a phishing scam.