BLM protestors were cleared of criminal damage charges during a court verdict last week, yet politicians are unhappy with the jury’s decision. Now, MPs are calling for amendments to a policing bill that will allow for stricter punishments.

Four protestors were found not guilty of criminal damage after pulling down a statue of Edward Colston during a Black Lives Matters protests in Bristol in 2020.

Jake Skuse, Milo Ponsford and Sage Willoughby did not refute the pulling down of the statue, but denied any criminal damage inflicted, something a jury agreed with after nine days of deliberation.

The news has been well received by anti-racism campaigners such as Dave Olusoga, a broadcaster and slave trade historian who described it as “a milestone in the journey that Bristol and Britain are on to come to terms with the totality of our history.”

Dave Olusaga also explained his view on Good Morning Britain, saying: “Most people don’t understand the details of this history, of this statue, and the long campaign to have it removed peacefully.” “

To people whose ancestors were enslaved by Colston and men like him, it is offensive, and you can talk to thousands of people in Bristol who found it offensive.”

However, the verdict has  caused upset among some, who feel that the verdict could result in a dangerous precedent.

Tom Hunt, vice chair for the parliamentary Common Sense Group said that the recent court decision “could give the green light for all sorts of political extremists to take matters into their own hands, shun the democratic processes for removing certain statues and to ransack our past.”

Nile Gardiner, director of the Margaret Thatcher Centre for Freedom at the Heritage Foundation said that the recent verdict sets an “extremely dangerous precedent,” giving “a green light for mobs” wishing to deface monuments.

Last year, policing minister Kit Malthouse defended the UK government’s controversial bill that gave monuments more protection than rape victims, as well as longer maximum sentences for those who deface them. He stated that the maximum amount of 10 years can be equivalent to the “emotional or symbolic value” that the slave trader statues in question held.

The recent court result for the BLM protestors saw no lengthy sentencing, but it has brought about the new question of whether the initial bill will eventually go through, and whether the maximum penalties will be used. It also begs wondering whether MPs will use more draconian methods to almost silence the justice system and impartial jurors, especially considering the recent decision on the protesters and their acquittal.

Currently, the bill states that people can expect a maximum of 10 years behind bars for defacing memorials, but if the damage costs less than £5,000, then the maximum length of imprisonment time is 3 months, and a fine of up to £2,500. The newly proposed bill will allow courts to decide the “emotional or wider distress” caused, and raise the maximum sentencing to 10 years, regardless of the amount of damage inflicted.

However, not everyone agrees with that rhetoric. Human rights barrister Adam Wagner tweeted: “Criminalising protest you don’t approve of (as is happening through the #PolicingBill) will have the opposite effect you want: politicisation of the courts and juries and more unlikely acquittals.”

The acquittal of the Bristol BLM protestors is a landmark case in terms of Britain’s acknowledgement of its colonial past, and proves that the damage done was of no harm to anything but Britain’s dark history. However, the movements within parliament regarding the policing bill are worrying, as it seems politicians wish to overrule juries through legislation, and are unabashed in their arguments against what transpired in court. They seem determined to focus on the physical, emotional and historical damage apparently being caused to communities.

You would be hard-pressed to find anybody as infuriated with the verdict as those in parliament. Beyond blind (or manipulative?) nationalism, why is there such animosity to the outcome of a fair trial? The real danger comes not from protestors destroying statues of slave traders, but that politicians are attempting to re-write the rulebook to suit their own preconceptions and undermine rights.

This legislation certainly doesn’t serve the country as a whole, operating in bad faith to only appease those who object to the right to protest. It sets a scary precedent for the future of free speech; the PCSC bill, if revised, could edge Britain closer towards a more draconian law system – something this government seems almost frantically in pursuit of.

During the trial, Liam Walker QC representing Sage Willoughby, called out to jurors, saying: “Make no mistake, members of the jury, your decision is not just going to be felt in this court room or this city, it will be reverberated around the world. I urge you all to be on the right side of history.” Jurors ultimately heeded his advice, and agreed that the statue, which had stood for 125 years, was indeed indecent and potentially abusive enough to the multicultural city to warrant the crime being ignored. 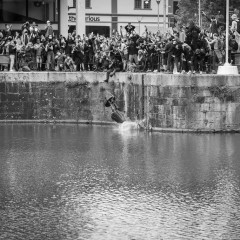 BLM protestors were cleared of criminal damage charges during a court verdict last week, yet politicians are unhappy with the jury’s decision. Now, MPs are calling for amendments to a policing bill that will allow for stricter punishments.