Voice MagNewsOnly one country has…

Prime Minister Boris Johnson has previously said that he wishes to ‘fix’ issues with visas caused by Brexit, which would have allowed musicians to tour Europe without a permit, but many deals are yet to be negotiated.

Spain is reported to be the only European country willing to sign a deal with the UK government to allow British touring musicians to play shows without a permit. The permits that musicians will have to buy to tour the continent will be incredibly costly, and likely too expensive for many upcoming musicians looking to make their way in a cut-throat industry.

Britain officially left the European Union in January of 2021, and has since failed to negotiate any visa-free travel or Europe-wide work permits for musicians and their crew who wish to tour outside of the UK. Over 280,000 fans signed a petition at the start of last year calling for visa-free permits, to no avail. Last year, a joint letter to MPs by musicians and music organisations stated that Brexit would destroy British DIY music, which is considered one of the UK’s greatest exports. Prominent figures in the industry like Elton John have also heavily criticised politician inaction.

The government has done nothing to try and resolve issues since Britain’s exit from the EU, instead opting to ignore criticism and has blamed the EU for the problems that upcoming and established musicians now face. At the time, the culture secretary Oliver Dowden (now the Co-Chair of the Conservative Party) said that the EU turned down their proposal of a 90 day permit for touring musicians, to which the EU clapped back and stated that it was in fact the UK Government who denied the EU’s offer of 90 days of visa-free travel, and that UK negotiators actually proposed to shorten the time frame to 30 days.

The UK music industry has a significant impact on music as a whole, and is worth a lucrative £5.7 billion, yet still seems to be at the back of MPs' minds. EU festivals have already stated that their lineups are likely to include less and less British musicians over the next few years, saying that although the pool of talent is rife within the UK, it could prove too costly to get artists to perform abroad.

The Incorporated Society for Musicians (ISM) is now asking new Brexit minister Liz Truss to resolve the issues that the UK’s music industry faces. In a letter to the government, ISM’s chief director, Deborah Annetts said: “All the problems first identified as facing the creative sector due to the TCA, in the Brexit trade deal, still remain,” adding that “the sector is now facing mountains of red tape, which is both costly and time-consuming. The proposed solutions such as bilateral agreements with EU states have not materialised, apart from with Spain, and there are serious issues with cabotage, carnets, and designated ports.”

It isn’t just the music industry suffering, Annetts continued by stating: “All these issues are adversely impacting the UK music industry and the broader creative industries, which is worth £116bn per annum, the same as finance or construction.” The ISM’s official Twitter page posted a tweet stating that they want “a visa waiver agreement, progress on Cabotage and Carnets [and] an end to the expensive red tape.”

The deal made with Spain was announced in November of last year, and it confirmed that musicians will not need visas to travel to the country for tours shorter than 90 days, but issues still arise when it comes to merchandise transportation, and cabotage rules are still persistent. UK trucks holding goods are not allowed to stop more than twice in an EU state to unload before returning home. This makes touring financially unviable for many musicians, as selling merchandise through is one of the most prominent ways in which performers can actually earn money from touring, and many performers use their own stage equipment that needs unloading.

The biggest problem that the UK’s music industry faces is that upcoming talent will now find it increasingly difficult to afford to take their performances abroad, which experts say will detrimentally impact earning potential. Mark Pemberton, director of the Association of British Orchestras said that Brexit will create a ‘glass ceiling’ for artists, preventing rising and developing talent from being able to prosper further, mainly because it will be far too expensive for both musicians and their crew.

Will the UK Government finally look at attempting to resolve these issues in 2022? Even though the Covid-19 pandemic is becoming less of a focus for MPs (but no less of an issue), there’s mixed messaging. The new culture secretary Nadine Dorries has already received letters from music organisations such as Carry On touring stating: “We ask you for clarity not more chaos and confusion”, but has instead prioritised a second Beatles museum over anything regarding the catastrophic touring issues facing the UK. Unfortunately, the current future of one of our largest and most celebrated industries doesn’t look too bright. 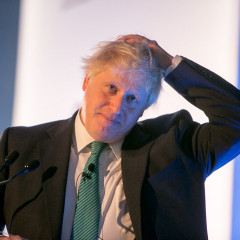 Prime Minister Boris Johnson has previously said that he wishes to ‘fix’ issues with visas caused by Brexit, which would have allowed musicians to tour Europe without a permit, but many deals are yet to be negotiated.