Anti-bullying charity Ditch the Label have found that online hate speech has increased by 20% in the UK since the start of the Covid 19 pandemic, whilst Report Harmful Content have stated that there has been a worrying 225% increase in hate speech reports in the UK in 2020 alone. Ditch the Label reviewed 263 million online conversations on social media, forums, and blogs in both the UK and the US from 2019 to mid-2021.

The charity found that the largest increase in online hate speech was directed towards Asian individuals and communities, with an increase of 1662% from 2019 to 2020. Increases in online hate were linked to events such as the Black Lives Matter protests, the murder of Sarah Everard, and WHO’s official declaration of Covid 19 as a pandemic in March 2020.

Ditch the Label’s CEO Dr Liam Hackett has said, "It is clear that online hate speech has reached an all-time high and, to some communities, is at an unbearable extreme.” He added that, "by far, the most alarming data surrounds abuse directed towards marginalised communities, with a deep intensity surrounding racism and Asian hate."

He noted that the pandemic had significantly worsened the situation, saying: "We see the pandemic as a perfect storm where we were all suddenly locked in the home with high levels of disposable time, but actually the nation's mental health generally declined […] When you put those two things together it's not surprising that hate speech has increased."

Imran Ahmed, chief executive of the campaign group Center for Countering Digital Hate, has also commented on the pandemic’s effect on the rise in hate speech, noting a link between “disgust sensitivity” and xenophobia. A feeling of disgust caused by occurrences such as disease, can cause some people to become prejudiced against people they perceive to be outside of their group. Ahmed said, “The pandemic has driven all types of movements which are based on protection of identity groups, those groups people feel kinship to.” In relation to events in the US he noted: “If you look at the surge in rightwing, authoritarian identity movements, that has been really, really stark.”

The report also found that this hate likely does not just stay online but seeps out into real life events. The report shows that peaks in online hate speech in the UK occur prior to peaks in hate crime incidents, showing that online hate can incite and trigger in person hate speech and physical violence.

This report comes as the government is considering a draft for the Online Safety Bill, with a committee set to publish a report on the bill by 10 December. 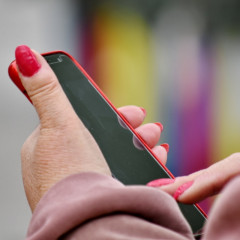