The move is aiming to help save 60 tonnes of carbon each year.

The SWG3 club in Finnieston, Glasgow, is planning to launch a new pioneering technology called BODYHEAT, which will be used to cool down areas of the venue and heat up others. The new technology is set to be implemented by February next year.

Andrew Fleming-Brown, the managing director of the venue, has said that the technology will help to mitigate their carbon consumption by around 60 tonnes in its first year alone. The venue hosts gigs, club nights as well as art studios and events, and will be using a new system designed by Devin Townsend of Townsrock Energy and Harley Haddow Ltd.

The technology intends to store the body heat of clubbers in boreholes found in the flooring. It then reuses the heat generated to heat rooms around the venue and cool down warm areas. The first phase of the scheme cost £375,000; a Scottish government grant covered half of that cost, and a government loan covered the rest.

Fleming-Brown said: “There’s not much to see, physically, because the holes are in the ground and the internal system is like a conventional air-conditioning heating system. It’s obviously captured the imagination of people throughout the world. When you talk to people about it they say, ‘It’s crazy we’ve not been doing this before”.

"It’s not new technology - it’s just innovative application of that technology. It will feel just like a normal heating and air conditioning system. It’s not going be like dirty sweat or dirty heat coming back in. The only thing that will be different will be that we are able to cool the venue much more efficiently.”

The technology involved echoes a similar idea that has come to light recently through Coldplay’s plans to use kinetic dance floors at their upcoming shows in an attempt to lower emissions through crowd participation and movement.

SWG3 have also recently announced that they will reach net zero within four years, single use plastics will be removed from the club’s use, sustainable supply and partnership policies will be implemented, and two acres of garden space will be created around the venue for community growing, beehives, and biodiverse planting.

Fleming-Brown said: “We have a lot of work to do, but over the next 12 months we are committed to building a solid foundation upon which we can transform our organisation into a more sustainable one. We know this won’t be easy, but we understand the severity of the climate emergency, as well as our potential to influence our community, industry and beyond. We want to lead by example.”

SWG3’s commitment to mitigating their carbon footprint is an action that will hopefully urge more clubs and venues to further implement measures to reduce their own carbon emissions, and now could be a pivotal moment for the rest of the UK’s live music industry to be inspired by and help to further implement their own greener practices.

Header Image Credit: "Death Disco at the Arches, Glasgow // October 2011" by Death Disco ddxxx is licensed under CC BY 2.0 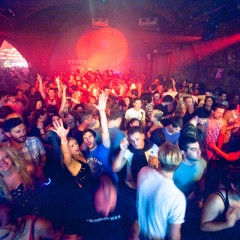 The move is aiming to help save 60 tonnes of carbon each year. 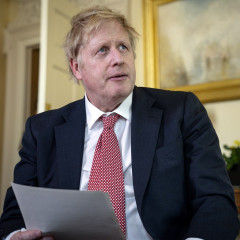