The report displays a fourfold increase in the amount of diversity found in children’s literature, when compared to four years ago.

The amount of ethnically diverse characters found within children’s books has quadrupled over the last four years, according to a new survey, but researchers are saying “we are not yet at the point where children of colour have the same experience of literature as their white peers”.

The Reflecting Realities Survey from the Centre for Literacy in Primary Education (CLPE) monitors the diversity of children’s books in the UK annually, and has announced that the proportion of ethnic characters has risen to 15% since 2017, where only 4% of characters were not white. The proportions have increased steadily each year, 7% by the end of 2018, 10% in 2019, and 2020 has seen an increase of 15%. 5,875 children’s books were released last year, and 8% of the main characters in the books were ethnically diverse, a stark contrast to the 1% found four years prior. The latest official data has shown that 33.9% of all primary school students are from an ethnic minority background.

Author of the report, Farrah Serroukh, said: “We know how long it takes to turn things around in the book industry. From idea to publication is quite a long process, so we weren’t really anticipating in the early phases of doing this work that we would get an upward trend every single year, it is a pleasant surprise.”

On the other hand, fiction books have stagnated with their ethnic diversity. 2020 saw only 7% of ethnic representation, the same as 2019. Serroukh said: “Of the three categories, it’s probably the hardest to do well, it’s really hard to write a character of colour quickly. You can’t go from the intention of a character being white to shifting that character to being of a different background without doing the labour that’s necessary. There are no quick fixes. So you have to, from the outset, have had the intention to write the character of colour. And if that wasn’t the intention, you can’t really turn it around and change it to be something that it wasn’t originally.”

The report notes that although picture books have seen a significant increase, the visual presence of the characters didn’t necessarily carry through the text within, and “there were also instances of ambiguity and fluidity in portrayals of ethnicity in illustrations”.

While there has been positive improvement to diversity within children’s books, the report highlights,“There is still some way to go before UK children’s books more accurately reflect the reality of the school population, but the speed of change serves to reinforce the benefit and tangible impact of the survey and a wide range of other initiatives across the publishing, charity and literature sectors.”

CLPE chief executive Louise Johns-Shepard stated: “Every year we say this work is not just about the numbers, and we say it again this year. We can see that across the industry there are real and concerted efforts to change the quality of pictures, descriptions and stories of people from racialised minorities, We welcome these changes but we are not yet at the point where children of colour have the same experience of literature as their white peers.” 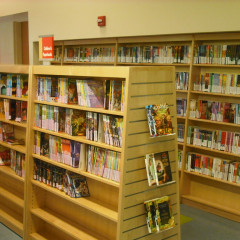 The report displays a fourfold increase in the amount of diversity found in children’s literature, when compared to four years ago.