Steven Donziger won a landmark pollution case against oil giant Chevron, but has been caught in a legal battle with them ever since, which he alleges was “planned targeting”.

Indigenous rights campaigner and environmental lawyer Steven Donziger has been sentenced to six months in jail for alleged “criminal contempt” following a case brought against him by oil giant Chevron. Donziger won a landmark case against Chevron in 2013 for their pollution of an area of rainforest, but the company refused to pay the $9.5 billion judgment, instead launching a case against Donziger himself.

Donziger had spent decades trying to have Chevron held legally accountable over pollution in the Ecuadorian rainforest and the severe impact it had had on the area’s indigenous inhabitants. In 2013 he won a case against them which would have seen them pay $9.5 billion in compensation to the area’s residents, the indigenous Secoya. The Secoya people had experienced damage to their health and their environment after Texaco (bought by Chevron in 2001) allegedly dumped chemical waste water in the area between 1972 and 1990. Chevron alleges that Ecuador’s domestic oil company Petroecuador are the ones responsible.

Despite this win, in 2014 a US judge ruled against the $9.5bn judgement, saying it was brought about by means such as bribery and fraud. Chevron has not paid any of the $9.5bn or taken any steps to address the pollution in the area. Chevron then brought the case against Donziger, the case then becoming a criminal one after Donziger failed to give over his electronic devices.

Donziger was charged with criminal contempt in August 2019 and placed under house arrest due to alleged concerns that he was a flight risk. He was disbarred from practicing law in New York last year and in May of this year was found guilty of defying court orders, including his failure to hand over his electronic devices. He appealed but on 27 October was forced to surrender to authorities after his appeal was denied.

Independent United Nations experts found that Donziger’s court-ordered house arrest was in fact in violation of international human rights law, as Donziger had been confined for over two years – over four times the maximum sentence of six months. Amnesty International also called for US authorities “to promptly implement the decision by the UN Working Group on Arbitrary Detention calling for the immediate release of Steven Donziger” but was not heeded when Donziger was sentenced on 1 October.

Donziger feels that this legal battle has been a “planned targeting by a corporation to destroy my life”. In March he alleged to the Guardian that he was tried “by a Chevron-connected judge and prosecuted by a Chevron-connected lawyer”, adding: “It’s just wrong”. He says: “This is all part of a plan concocted by Chevron to dismantle my life. They want to do this to avoid paying up and to turn me into a weapon of intimidation against the whole legal profession.”

Attorney and Harvard Law Professor Charles Neeson questioned the case against Donziger, saying that he has “effectively been convicted of bribery by the finding of a single judge in a case in which bribery wasn’t even the charge… I teach evidence; that you have to prove what you assert. But the proof in this case is the thinnest”.

Journalist Thomas Perrett has also commented on the validity of the case, saying “the Donziger case demonstrates the still-considerable force of the fossil fuel industry, in tandem with political interests and private courts – over whistleblowers, activists and lawyers. Despite the legitimacy of the basis for environmental lawsuits, there are still loopholes which companies can exploit to retaliate against those criticising them.” 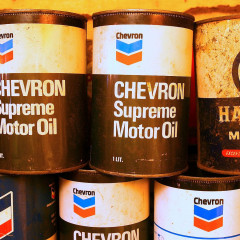 Steven Donziger won a landmark pollution case against oil giant Chevron, but has been caught in a legal battle with them ever since, which he alleges was “planned targeting”. 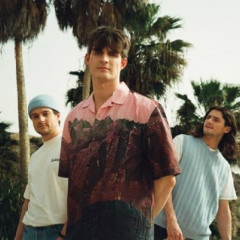