Investment into unsustainable sectors in place of proper funding for the UK’s net zero plans is set to leave the government looking unprepared ahead of the climate conference.

Chancellor Rishi Sunak has failed to commit to any significant investments in the UK’s green recovery, just days before climate summit COP26 is set to take place, drawing questions as to the Conservative’s level of commitment to pressing climate issues.

If anything, many aspects of the budget seem to be investing in unsustainable rather than sustainable futures. Sunak announced that taxes on domestic flights would be halved, despite the incredibly detrimental environmental impact. An analysis from earlier this year found that flights, whilst far more polluting, were also already far cheaper than travelling by train, pushing people into taking the more cost effective but climate damaging travel option.

Sunak did announce investment into regional public transport, but it has been revealed that only £1.5billion was new money, when think tank Green Alliance states that around £7.6billion a year would be necessary. Instead, £21billion has been committed to road infrastructures and for the twelfth year in a row there has been a freeze on fossil fuels duty to help drivers.

Sunak also announced that “up to £1.7bn of new direct government funding” would be put towards a new nuclear power station, a controversial energy source. The funding will come from energy bill payers, which the BBC’s business editor described as “writing a blank cheque that the consumer is on the hook for”. Nuclear power stations have a bad track record in terms of costing and construction time, with Greenpeace criticising their inclusion in Boris Johnson’s alleged plans to cut out fossil fuels by 2035, saying that the process will be made “slower and more expensive” with their inclusion.

Sam Alvis at Green Alliance has stated that the government needs to do more if it is to reach net zero. Recent plans to achieve carbon neutrality were applauded, with Alvis saying: “The recent net zero strategy was seen as a big step forward”. However, he added, “if the chancellor really wants to get the UK on track to net zero, an extra £21bn a year in public investment is needed”. The government so far has only proposed half of that but claims that an extra £90billion will be provided by 2030 via private investments.

Mere days from COP26, this budget may not seem climate focused enough to ensure that the UK appears adequately committed to a greener future going into the summit. 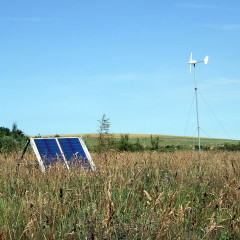 Investment into unsustainable sectors in place of proper funding for the UK’s net zero plans is set to leave the government looking unprepared ahead of the climate conference.