As part of Rishi Sunak's new budget, the national living wage will see an increase of 6.6% for those aged 23 and over

The changes will be put in place next April. The national living wage is the minimum hourly rate anyone over 22 years old are able to earn. This increase from £8.91 to £9.50 comes in direct response to a recommendation made by the independent advisers, Low Pay Commission, after their investigation into the suitability of the current minimum and living wages. The government has stated that this will lead to an overall increase of around £1000 each year, after tax.

The living wage is intended to reflect costs of living, but for some time has not kept up with housing costs and rising inflation. The Living Wage Foundation argues that housing can only be considered affordable if its costs constitute no more than a third of an individual's income. This has not been the case with the current living wage.

Whilst the increase is welcome, it must be contextualised by the recent plans to cut universal credit and increase national insurance. Both are decisions that will severely impact those with low incomes and people with disabilities. Indeed, the £1000 increase a year may be entirely mitigated by the £1000 cut to Universal credit.

The news comes in a series of seemingly positive leaks ahead of the budget announcement. Political Correspondent Damian Grammaticas stresses the importance of not allowing the positive news to cloud opinions on the new Tory budget. The Conservatives decided what to leak, and it is extremely likely these decisions were based around trying to secure positive PR and attention catching headlines that leave a good impression on readers.

The majority of the Conservative Party's pay decisions have, after all, erred on the side of conservatism. The public sector has undergone a pay freeze since November last year, despite increased inflation, and representatives have argued that for years their wage increases have been too tight, falling behind the cost of living.

The Trade Union Congress acknowledge the change to the national living wage as positive, but criticise it as inadequate on its own. Frances O’Grady, the general secretary of TUC, said: “The government must set its sights higher. We need a £10 minimum wage now, and we need ministers to cancel the cut to universal credit. This increase won’t come into effect until next spring by which time many household budgets will have been hammered by rising bills and the universal credit cut.”

"First, while this boosts earnings for full-time minimum wage workers by over £1,000 per year, those on Universal Credit will see their disposable income go up by just £250 because their taxes rise and benefit receipt falls as their earnings increase.

"Second, minimum wage workers are most heavily concentrated around the middle of the household income distribution - not the bottom - often because they live with a higher earning partner. That means that the minimum wage is a very imperfect tool to offset cuts to benefits, which are much more targeted at the poorest households.

"Third, rising inflation will also blunt the real-terms value of this minimum wage hike - and of course while prices are rising now, the increase in the minimum wage won't kick in until April." 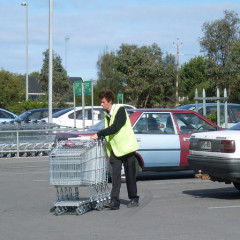 As part of Rishi Sunak's new budget, the national living wage will see an increase of 6.6% for those aged 23 and over