Two other men have also been charged with crimes connected to the rapper’s death in September 2018.

A defendant has pleaded guilty in the federal case that involves the 2018 death of rapper Mac Miller, under the admission that he “knowingly and intentionally supplied the musician with counterfeit drugs that contained the deadly opioid fentanyl.

Stephen Andrew Walter was charged with distribution of fentanyl, and will face at least 17 years in prison. Two other men have also been charged in connection to the death, however both Cameron James Pettit and Ryan Michael Reavis have pleaded not guilty, with a trial scheduled to commence on 1 March, 2022.

“All parties agree that this is a just and fair disposition of the case.”

Miller’s death was ruled as an accidental overdose, with a combination of cocaine, alcohol and fentanyl named as the cause of death. According to the plea, Walter did not directly supply the pills to the musician, but intentionally sent a second man to distribute fentanyl in the form of oxycodone pills to Miller’s dealer, Cameron Pettit. The plea details that Walter  "knew that the pills... contained fentanyl or some other federally controlled substance."

A trial is set to begin involving all three defendants, but if the plea deal is accepted, Walter will be able to avoid it. The trial itself included more serious charges, such as fentanyl distribution resulting in death, and conspiracy to distribute a controlled substance resulting in death. He will instead face 17 years prison time, with an extra three years of supervised release.

Harris has stated: "The new charge takes out the death allegation, it's a binding plea agreement for 17 years [in prison]. The judge will either accept or reject it. If he accepts it, there will be no power to sentence my client to more. If he rejects it, there's no deal."

If the deal is accepted, Walter will be due to attend court on 8 November to change his plea. He has written in a statement attached to the deal: "No-one has threatened or forced me in any way to enter this agreement. I am pleading guilty because I am guilty of the charge and wish to take advantage of the promises set forth in this agreement, and not for any other reason."

Pettit, who supplied the pills to Miller, has reached a deal too, although details are sealed by court. The third defendant, Reavis, is still due to stand trial next year. 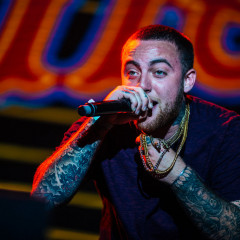 Two other men have also been charged with crimes connected to the rapper’s death in September 2018.