Interested in spoken word but not quite sure how to dip your toe in the pool? We caught up with Henry Raby, a performance poet and man of many talents, to find out more...

How did you first become involved with performance poetry?

I always wrote bits of poetry when I was little and a teenager, encouraged by my Mum who took me to the theatre and encouraged me to read. I had a fondness for nonsense poems, and when I got into punk I discovered John Cooper Clarke. I felt I couldn't play guitar or be a traditional actor, but still wanted to perform - so found that this form of spoken word felt comfortable.

What does a typical creative day involve for you?

I'm pretty bad at structuring my day. It tends to involve several hours of answering emails, updating social media, listening and playing music, snacking, playing Pokémon games and watching YouTube. I realise that's a privilege some can't afford. When I get creative, I try to get big flipchart paper and play classical music in the background. Eat lots of nuts, drink lots of water and go for walks in the fresh air.

How do you create your work? From initial planning right through to final delivery?

I'll get a spark of an idea, maybe a line or title or subject matter, and it will bounce around my head for a while, maybe an hour, maybe a week, maybe half a year. And I'll make notes on it so I don't forget about it. Then usually I spend time writing a first draft and letting it sit for a bit, maybe coming out over a few weeks to be tested at open mics, scribbled on, edited and finally I learn it by circling my bedroom and repeating it in the shower. So it's still being delivered whilst in the editing process. Usually if I've committed the piece to memory, it's as close to finished as it will ever get, though will inevitably still have little tweaks as I find the best way to perform it.

What are the highlights of your job?

When someone tells me I've changed their perception on poetry. Of course, there are hundreds of poets who could have done this by doing great work across the UK. It's just they happened to catch me in a library or open mic.

What are the biggest challenges of your job?

Flipping my brain from one job to another. I wear many hats, I am a punky political poet, an event programmer/promoter, I deliver workshops, write scripts, am a trustee of a Youth Theatre, lead Youth Theatre sessions, do admin work, usher at York Theatre Royal, work with communities etc all from one email address. I still need to learn when to stop one job and start another but they all tend to blur into Henryness.

Why is poetry and spoken word such a powerful political tool?

It's someone doing something without value. The Powers That Be like being able to label everything, and place it within a structured hierarchy. Poetry is sharing something about your life with someone else, a very empathetic and powerful process. The Powers That Be don't like sharing. It means we can't be divided by nationality or race or religion or sex or gender. Share your experiences, listen to other people's experiences and we can find the beauty in unity.

With the election coming up, do you think the arts could be used more to get political messages across to young people?

I'd be wary of telling anyone how to vote using art. Vote or don't, spoil your ballot or abstain. It's your freedom, and there should be no shame as the system is a rotten shameless system anyway. But we need to learn more about that system, the politics and powers at play and that comes from putting issues out there, issues of race and religion, gender and sexuality, the police and homelessness, dissecting power and how these systems keep that system of power rooted in ballots.

Which other young creatives do you think are doing a great job of using their art to support issues?

Grace Petrie has written a number of highly-charged songs over the years, and recently has be touring with the simple message that there has to be a better world than this. I guess it depends what you mean by young, but people roughly my age, in their 20s, include Jenn Hart and her strong feminist poetry, and bands like Fight Rosa Fight, Kinky, Chrissy Carnacle, Perkie, Petrol Girls, Daniel Vs The World, and Okinawa Picture Show are really putting the politics of feminism and queer ideas out in their music.

What advice would you give to any young people wanting to get into your industry?

Don't worry about my industry. Make your own. Put on your own nights, publish work yourself, find like-minded people, find scenes to be part of. DIY or die. Think for yourself, create for yourself and, if it happens you get a published book deal or a record label signs you, great, go with it if you want to. But don't let the system chew you up.

Have you got what it takes to be a poet? Check the career profile on Creative Choices, a website filled with advice on careers in the arts. 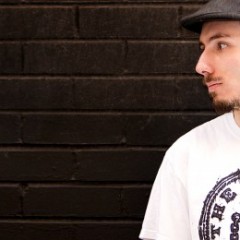 Interested in spoken word but not quite sure how to dip your toe in the pool? We caught up with Henry Raby, a performance poet and man of many talents, to find out more...