We caught up with rapper, producer and Arts Award advisor, Conrad Kira, to talk political messages and reflecting the real world. Think you'd like to get into music? Read on...

Rapper/Music Producer and I work as a Workshop and Training Assistant for Cardboard Citizens, a theatre company which makes work with and for the homeless.

When did you first decide you wanted to be a rapper?

When I was 14 I used to listen to local pirate stations and hear the MC's and I thought I wanna be that! They're so Sik!!!

Why do you think rap, spoken word and performance poetry are having such a boom currently?

Because I think it represents now really well. It's like the news, but more honest. Rap/Grime and the current Spoken word scene didn't come about from love songs, it came from people talking about what was going on in the streets and the world. I love love-songs but that does not reflect the whole world. It's real out there son!

Do you think rap and spoken word are more powerful than other art forms at highlighting political messages?

Yes, because rap and spoken word are so quick. You see something you write about it record it perform it and upload it that day. Making a film or a play would be great but by the time it's done the issue may not be as relevant, but of course they are some issues that have sadly been relevant from before I can remember.

Performing something you've only heard in your bedroom to a sea of people and seeing them skank to your beats and laugh and woop at your lyrics. I was very unconfident when I was younger but experiencing this made me feel like a super hero.

At Cardboard Citizens I love seeing growth in people's confidence and seeing them achieve things that even surprise me. I've met some of the most inspiring people I've ever met there. It reminds me all the time why the arts are so important, and why it shouldn't be elitist.

What is the biggest challenge in your job?

In my music it's the balance between being a perfectionist and getting a fast turn around - and also recording something that previously only existed in your imagination and getting them to match. I'm getting better though.

In my job at Citz it's wanting to support people more than you know how. Like trying to get people employment opportunity and auditions into drama schools, which won't break the bank, especially when companies who should care really don't. There are companies like Pret and Central School of Speech and Drama who have been a great help but we need more!!!

When did you train to be an Arts Award Advisor?

What effect do you think Arts Award can have on young creatives?

It feels like it's education meeting your way of learning instead of you meeting their way. Using your already existing skills and passion to get you a qualification.

What advice would you give to any young people wanting to get into rap?

Don't be a clone, no one can talk about the experience of you better than you. Being original is harder than following but it's worth it. Even if your topic matter is out of the norm you'd be surprised how many people relate. Also if you rap, listen to other genres to, you'd be surprised what inspiration you may find.

See below for links to Conrad's work. Some language may not be suitable for younger readers. 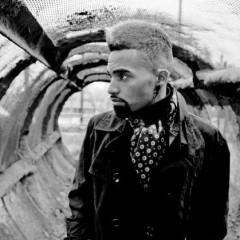 We caught up with rapper, producer and Arts Award advisor, Conrad Kira, to talk political messages and reflecting the real world. Think you'd like to get into music? Read on...