Savannah Kityo speaks to Voice about her Nottingham Young Filmmakers Festival experience, the disregard of the Black love narrative and critical importance of believing in yourself as a creative. Read on for more!

How did you find the NYFF experience?

It was nice to have my work appreciated and accepted as worthy of being screened. Seeing the people's response to my work through comments and interaction at the festival was amazing. It was also a great and new experience being involved in a film festival, from creating to submitting my work. Overall, the experience at NYFF was really inspiring.

How would you explain your film Growing Pains to our readers?

A young black man's [first] love experience and him finding the words to explain it to people. It's an inward look into David's first experience of love. From him finding it to dealing with it to  then losing it.

The main focus is how one man deals with the loss of love but it also alludes to the other outward experiences that contribute to his love story.

What was your source of inspiration for Growing Pains and what was the reason for telling this narrative?

It all started in sixth form and final year discussions of how to maximise my EPQ. I saw this as an opportunity to get UCAS points but also do it in a way that I enjoy. So I decided I'm going to make my first short film!

When it came to what narrative I wanted to tell, I have two older brothers and I’ve often seen how they navigate relationships differently. One brother is quite a ‘silent lover’ if you will, and my other brother loves through his actions and in contrast, is very vocal and finds it very easy to express [himself].

I decided that I was going to combine these two ways to love through this complex character and [show] how love can be difficult for a young black man. 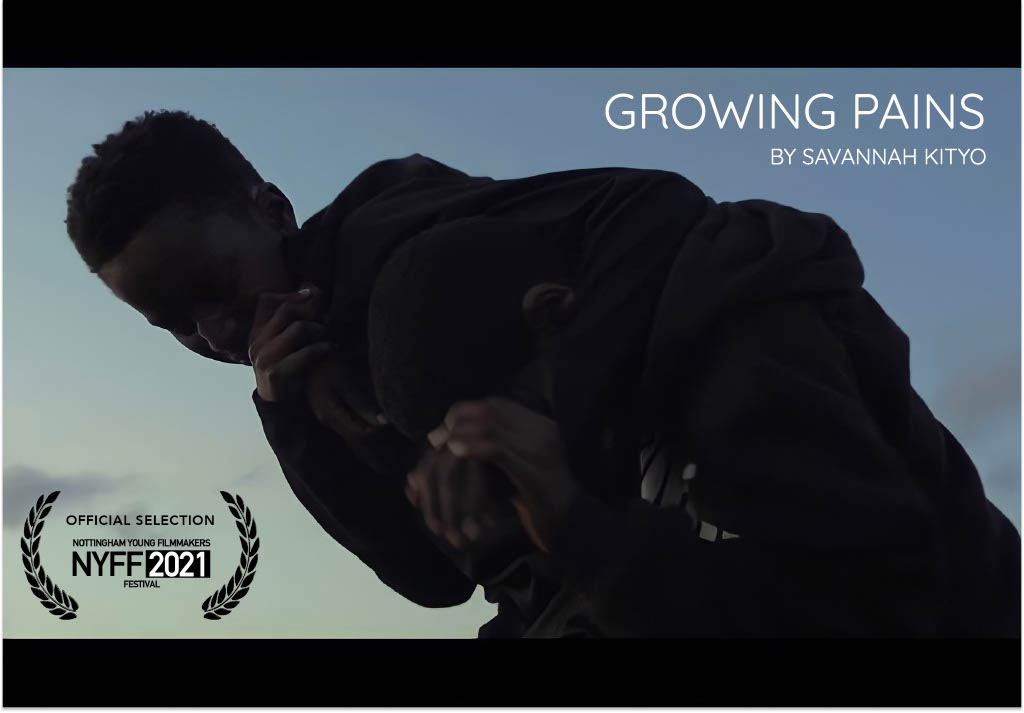 Once you had decided on your story, what were your next steps in creating Growing Pains?

My next step was interviewing people, asking them questions about their first  experience of love. I interviewed nine black men ranging from 19 to their 50s. Asking questions about what words they would use to describe love and from that, trying to incorporate it into the script.

You are an advocate for Black love - where does your passion to tell this specific narrative come from?

I think it stems from me being completely in love with my culture as a young Black African woman. That transcends into my love of our Black love stories being told, especially stories that present us in a vulnerable way. I love love stories and want our stories to be displayed front and center in 100 million different ways as we see our white counterparts retell their love stories all the time.

I love Black love and stories and the diaspora surrounding that, but it doesn't stop at words. You can show that through film and that's what I tried to do with Growing Pains. I just want that for us as we deserve to see ourselves on screen too.

Growing Pains was an unheard narrative. Why do you think the Black love story isn't always celebrated?

I think it isn't always celebrated because in society, there's a role that Black protagonists are supposed to play in stories and in films. That depiction of us just aimlessly falling in love isn't always us. Only in recent years, we have examples such as Insecure, an amazing series created by Issa Rae that portrays us in that way.

So I’d say that [the Black love story isn’t always celebrated] because that role has traditionally not been “for us” and that has resulted in our Black love stories not being told.

Whilst watching Growing Pains I was reminded of the simplicity, beauty and power of spoken word. Why did you choose to include this in your film?

Thank you! I purposely chose spoken word because a monologue, I feel, is very much ‘them, now in the moment’, communicating their inner thoughts and feelings. That, linked with the visual of memories, took you out of the now.

I wanted the spoken word to transport the audience out of the now and take them into a place where they can reminisce and experience what the character is speaking about.

I also feel like spoken word can be really powerful and it would be more poignant for David to communicate his feelings in that type of way. It gives him more power too. A big shout out to Cassandra Kyeyune and Chris Zola for capturing the vision beautifully through their words.

When was Growing Pains shot?

This was filmed in February 2020, so just before the first UK lockdown. Then, due to the pandemic, I had a lot of time to really ‘sit’ on the film and work on it. This was encouraged tremendously by my brother who told me to “not waste this time”. With that encouragement, I then decided I was going to use the lockdown as the playground for me to work on a project that I love, and this is how the Growing Pains we saw in the NYFF came about.

The pandemic allowed me to find the motivation to find something I care about and that is the very thing you long to create. 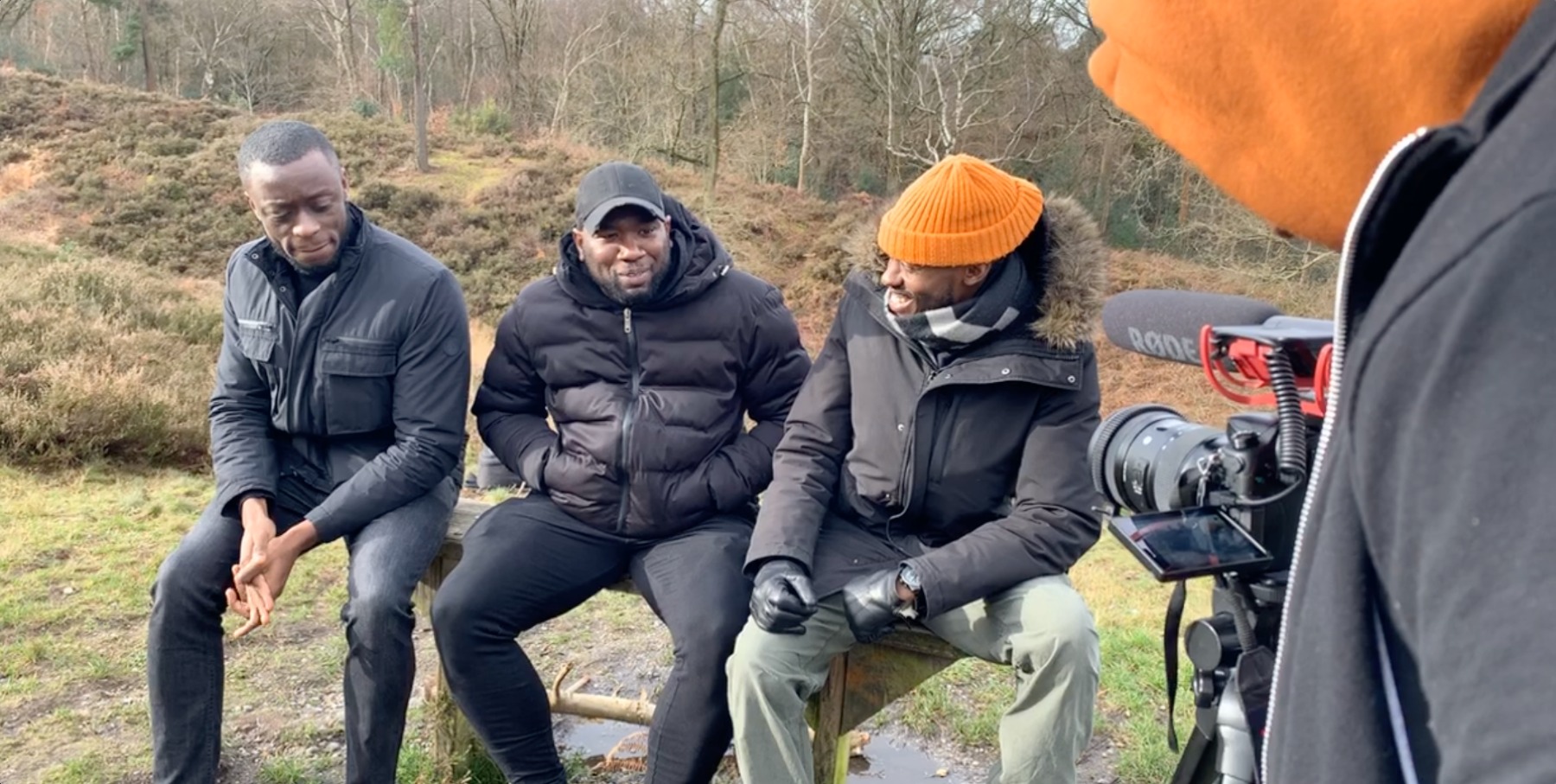 How did you know that this film was film festival ready?

I don’t think I know! It was just the overwhelming support from viewers, friends and family that compelled me to just go for it. I don't think you will ever fully know if your work is film festival ready, but you do know when you should act. That's what I did.

How did you get into the arts and when did you decide to take this passion seriously?

I’ve always been interested and involved in the arts as I come from a very creative family. There's a plethora of creatives from musicians, screenwriters, artists to rappers and actors.

When it comes to my love of film, I have always had a passion for it! However, I toiled between my interests in Psychology too and that was my original career choice back in sixth form.

In sixth form, I realised that psychology was an interest, but not a love and a passion. So I decided to collide my nature - love of film - and nurture - the support from my amazing new age renaissance family - to go after my dream of making art through visualisation. I now study film at Nottingham Trent University.

How do you maintain your creativity and when you do face adversities that may dwindle your passion, what do you do to combat that?

I think my family and my friends, along with their belief in me, is the driving force for me staying motivated as they pour a lot into me, especially when I start to doubt what I do. That belief from those people that you love makes you want to fire up and do right by them and yourself.

Also, God is the master creator, and I believe He has put in me a desire to create. So when I do feel weak I source my strength from the ultimate and mighty creator which is Him. Isaiah 40:29: But those who trust in the Lord will find new strength.

What advice would you give to Voice Creatives?

You will never be fully ready and there is nothing wrong with that. You may not have all the fancy equipment, but all you need is the desire to tell stories and the authentic passion for retelling these stories on screen.

You excelled at telling a story through your piece - What do you think is key to achieving this?

Thank you!I think that the key is sourcing good stories in the first place, and this sets the foundation. I was blessed enough to do my research and found people that were vulnerable and transparent with their revelations of love. From that, I was able to authentically drive this narrative with real life stories at its core.

What projects are you currently working on and where can we find them when they are released?

I'm currently working on some things but waiting for the right time to put these things out there. 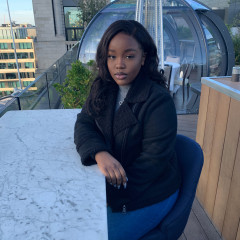 Savannah Kityo speaks to Voice about her Nottingham Young Filmmakers Festival experience, the disregard of the Black love narrative and critical importance of believing in yourself as a creative. Read on for more!