Sian Keen talks to us about her BBC New Creatives audio project ‘We Don’t Know What To Tell You, It’s Clearly Weight Related’.

What was the inspiration for the audio project?

The year before I began this project I had a difficult encounter with my nurse, which is mentioned at the beginning of the piece. I have struggled with my weight since my early teens, but this was the first time my health had been assumed by the way I looked and a number on a scale. I went on to have conversations with lots of people who had had similar experiences, being judged for the way their body looked and assumptions being made before the person got to share their experiences with their medical professional. I wanted to make a piece that encouraged the listener to hear these women’s experiences and points of view without giving them the opportunity to judge their bodies first, to give space to them and allow them to be listened to as a human being, not as a number or a statistic.

Could you tell us about the creation process?

It was one hell of a journey. I initially started with quite an elaborate idea taking inspiration from podcasts I loved and came up with a complete concept before I had began the interview process. Once I met and spoke to these women, I decided I wanted to shape the piece around their stories, rather than make it fit a concept I had started with which wasn’t really relevant anymore.

Quite late in the creation process I chose to add my voice and my story. These experiences can be so damaging because we have been taught to fear fat bodies as if it is the worst possible thing you could be, and it isn’t! But the fear itself is dangerous, so I decided to record myself facing one of those fears.

Also working with a completely new art form was very tricky. I come from a theatre background so my strengths are in creating strong visuals, and I’m not very tech-savvy so it was a challenge for me. I had days where I’d press the wrong button and suddenly lose a whole day's work. On those days I got very close to throwing my laptop across the room! But I got there in the end.

You mentioned in your project that this is not a documentary - why was this an important distinction to make?

My piece definitely has elements of what you would consider to be a documentary, but I didn’t want the listener to assume they were just going to be listening to a compilation of interviews I suppose.

What was your journey to becoming a New Creative?

It was quite simple really. There was a call out and I applied. I had been making theatre for 6 years or so at that point so I wanted to try something out of my comfort zone about a topic that was very close to me.

What do you feel are the underlying issues causing the experiences of the women in your project?

I can’t speak for the women in the project, but I’ve had many conversations with both people who have had similar experiences and those who are medical professionals since the piece was released. We desperately need to change how we talk about fat bodies and health. We need to respect all bodies that enter a medical environment and challenge assumptions and judgements made. We are all worthy of equal medical treatment, and active improvements can be made with something as small as the language that is used in a doctors appointment (appointments can be scary as it is, let's not make it worse!).

What are some of the ways you think body stigmas can be challenged?

I believe in the power of vulnerability and sharing your own story. It’s amazing how many people are feeling or experiencing similar stuff. Read, talk to people, and question what the social structures tell us to believe. If you feel up to it, have the difficult conversations with people who are close to you. People have been challenging body stigma and fatphobia for decades so read the books, listen to the podcasts, join the fantastic communities that are there supporting all bodies. Fill your social media feeds with diverse bodies and follow people that make you feel good.

One of the hardest but most important people to challenge is yourself. We have been encouraged to judge and make assumptions of other people’s bodies from a young age so I find it’s always important to check in with yourself. If I am honest, I am still very new to it and still learning so much but those are the steps I have taken.

We also reviewed 'We Don't Know What To Tell You, It's Clearly Just Weight Related' and you can read that here. 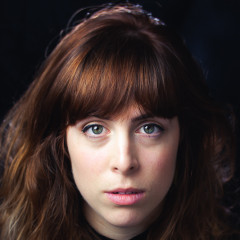 Sian Keen talks to us about her BBC New Creatives audio project ‘We Don’t Know What To Tell You, It’s Clearly Weight Related’. 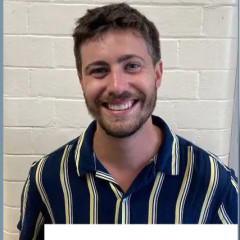