We interviewed Film Director Ndrika Anikya, about her latest BBC New Creative short film ‘A Flourishing Crown’, and the integral importance of keeping traditional names in the western world. Read on for more.

Firstly, I loved A Flourishing Crown and identified so much with both characters. What was your inspiration for creating this short?

A lot of it had to do with the conversations I’ve had between friends and family as well as my research into various adoption stories. This research proved interesting because although I’m not adopted, I found that there were linear parallels between myself and their racism stories related to feeling unwanted, estranged and misunderstood.

Why did you choose to have Folashade speak to Florence instead of her son?

I can’t tell you how many edits this went through! It was also the first script I’d ever written so there were originally nine different outcomes.

Ultimately, when I had all those different endings, it took longer to get to the point and clouded the narrative, so I chose to have Folashade speak to Florence. I thought it was important to have someone, like Folashade, who could: break down the confines of the family dynamic and speak on these issues without restraint. Folashade was perfect because she was able to speak to Florence women-to-women unlike her son, who could’ve easily retreated back into a submissive childlike nature during such a poignant conversation.

Why did Florence randomly say “Would you like some tea?” Was it a deliberate choice made by you as the writer?

Well, I’ve always found that it is better to show things to the audience instead of just saying it but there are moments like this where the two go hand in hand. What Florence is really trying to say is that “this is absolutely something I don’t want to talk about” because she’s so uncomfortable she just wants to leave the room but is displayed through her persistence to change the subject.

So, the answer would be yes it was a deliberate choice because through this line I was able to convey this notion that because no one has ever had the patience to address this taboo subject she is so conflicted and doesn’t know how to sit within herself, a recurring theme when addressing racial issues.

How would you describe your creative process?

The first thing for me is you have to find how you connect with the script.

For me – and for many of my friends – it was the personal connection with our names. As well as that, the quite controversial topic of non-white children being put into white families.

From there I break it down of how I see the shots and basically already see the film in my head. I would say that I’m a very visual person – no surprise there.

At Voice, we pride ourselves on celebrating the arts and bringing that first love of creation into all we do. So, what got you into the arts and why was it something that you made into a career?

Well, I studied Broadcast Television Production at the University of Westminster, and graduated with a First – I’ve got to say that! I worked with production companies such as Strictly Come Dancing and other major entertainment shows that, in all honesty, I wasn’t that interested in. I contacted The Prince’s Trust to apply for their entrepreneurial scheme that would then help me get filming equipment. I then went on to make my first documentary called ‘Young, Gifted and Grinding’, which cost under £500 to make, and that got some recognition. From that, I got connected with BFI and Film Hub North, where Alice Ramsey, a BFI network Talent Executive, connected me to loads of black female creatives. That meeting with BFI and their connections really opened doors for me. 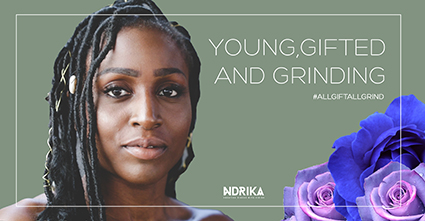 If there were any takeaways from this short, what would you want the audience to know, learn or reflect on.

I want black people to be more empathetic with each other, as we all have different experiences. We come to our journey of acceptance of our names and heritage, pride, and understanding our childhood with all its external complications differently but it calls for us to always have empathy.

If we don't give each other that space  then who will, because we know the sh*it, we go through better than anyone else.

I also want people to take away that names are important – especially in African culture. For instance my name in my culture means “give life” so whatever I do I try to live up and emulate my name. And yet, people want to change that by shortening my name or cast judgement because it's 'unique'  – instead of taking the initiative to ask how it’s pronounced. Our names have meaning and society should accept that.

How integral is the support of BBC New Creatives or other supporting bodies for your projects? How do they help artists like yourself?

BFI is constantly trying to nurture the next generation of talent and the people that are ushering that change. They have workshops, development programs and have been very integral for my growth as a creative and filmmaker.

Another organization would be Directors UK, as they provide mentorship for fellow directors. They will support you when you start to doubt yourself, or don’t feel as if you are progressing as you should, etc. Really amazing as a supporting body.

Special shouts out to BBC New Creatives and The Prince's Trust too!

Is there anything our readers should expect from you, new projects, etc?

I am working with a new Leeds artist on a project called ‘On the shoulders of giants’. It’s about looking back and hearing stories of past generations of black people in the North, connecting them to the older generation. There will also be a Arts Council funded play, documentary, and workshops, so some very exciting stuff.

We also reviewed 'A Flourishing Crown' and you can read that review here. 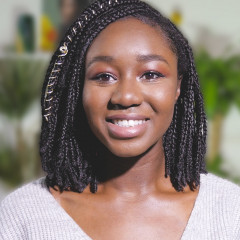 We interviewed Film Director Ndrika Anikya, about her latest BBC New Creative short film ‘A Flourishing Crown’, and the integral importance of keeping traditional names in the western world. Read on for more.