Sam Oddie is a filmmaker from Manchester who has been trying to break into the film industry since he was 15. His film D'Vina is part of the Voice Winter Film Festival showcase.

Since I was 15 I’ve been trying to break into the film and television industry. I knew even back then that it would be an almost impossible task to have the chance to sit on the creative side as the writer and director of documentary and drama films – especially with no prior contacts before going in. Over the years I’ve been incredibly lucky to find a lot of opportunities after a lot of trying and failing. Just before starting this film I was at a really low point; thinking it wasn’t possible to make anything I was truly proud of and no one would ever be interested in me as a creative. Making this film is especially important to me as it really allowed me to make my mark, and to have that trust from Dave and the team to put his story out into the world was a privilege. The experience of making this film really gave me confidence and a new motivation to make films about mine and others experiences, and hopefully one day have films funded and seen by as many people as possible.

I was really interested in making a film about the idea of masculinity and it’s fluidity in modern Britain. A lot of ideas were floating around in ways we could do it, but then the producer of the film made me aware of a family friend who would end up being the subject for the film. I feel quite lucky to have the best subject in the world – he was so open to everything and he made everyone’s job so easy with how interesting and natural on screen he was. His story goes well beyond what you see in the film and it was about getting the right parts in that mattered most to me.

For me the film starts with the visuals. I’ll have specific ideas of scenes and their significance as if they were their own shorts in themselves, for example in this film when we’re at the beach.

Because I’d rather capture a subject at their most genuine, and have their pure thoughts instead of the ones I preempt, I tend to only very loosely “write” out a scene, and then pick out the best bits in the editing process.

I want to make things that make you feel a certain way rather than something that makes you think a certain way. I think this film does that.

Dave has such an interesting life, it was difficult to have it be less than 10 minutes long. Having lived through the Falklands War, and having fought many personal battles in his life meant that the film could only ever really be a snapshot into his life, rather than a full explanation of feeling. It was especially difficult because of the sensitivity of the subject matter. I’ve dealt with serious topics before – talking to people who’ve experienced racial inequality, to people who were terminally ill and were hesitant to tell their bosses of it in fear they’d lose their job – but to be in that room at that moment was difficult; to see them tearing up and having to keep going for the sake of the scene.

One thing I’d do differently is work to include Dave’s wife in it more. She was incredible and I would have loved to have her perspective of things in the film. Otherwise I’m really proud of the film. The things I’m proud of change every day, but for the sake of just one I really love the sound design right now. It’s all down to Ryan, Lucy and Oliver but it sounds really granular and I hope all my films are done the same way.

You can watch D'Vina here.

Check out the other films in our Winter Film Festival here.

You can also find Sam over on Twitter @SamOddie_ 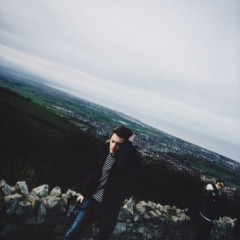 Sam Oddie is a filmmaker from Manchester who has been trying to break into the film industry since he was 15. His film D'Vina is part of the Voice Winter Film Festival showcase.