We talk to Emma Robinson about her New Creative short, 'Being Better'.

Introduce yourself and your film

I’m Emma Robinson; I’m currently on a gap year and about to commence an English Literature degree at Cambridge University. I am the writer of ‘Being Better’, which is a short film considering the disposable and impersonal nature of the ever-growing self-improvement industry.

What was the creative process behind Being Better?

‘Being Better’ originated as a twenty-minute play-script, created without the intention of production, but merely as an outlet for me to explore my thoughts upon the subject of self-improvement. I submitted this script, along with an explanation for how I intended to adapt it, in order to explore the potential of the medium of film to New Creatives Midlands. The main adaption being the incorporation of a VR environment, through which the self-development program is accessed – something which would have been less effective if the story was told through theatre. This, I believe, intensified the commentary upon the impersonal nature of the ‘quick-fix’ or regime-orientated self-improvement trend, as the speech itself adheres to algorithms and a predetermined script.

I was then helped with shortening and editing my script by Grant at Rural Media, before it was green-lighted by the BBC.

Through Rural Media, I was put in contact with Tom Lawes, an amazing producer and director of photography, whose work can be seen on his production company’s website (https://www.backlightpictures.co.uk/). He guided me through the process of bringing the film concept into a reality, bringing together the cast and a brilliant sound, lighting and make-up team. His experienced consideration of the camera angles and movement maximised the visual potential of my dialogue-centric script.

Was it difficult to represent VR in the film?

There was a lot of preliminary discussion about how to emulate the VR experience, as Tom explained the potential of green screen and compositing onto computer-generated environments. However, with the limits of budget, we decided to film on location instead, so as to get the best quality film, merely using green screen to create the blank infinity of the VR menu. The main draw-back of this approach was our inability to predict the weather, as it was important to convey the VR environment as an idyllic setting, but we were fortunately lucky and had the ideal blue sky.

I don’t think it requires the audience to suspend their disbelief too far to consider that the image of VR will be able to reflect almost with complete accuracy ‘real-life’ in the near future.

Are we as a society too obsessed with self-improvement?

I think that all our individual interactions with our social environment come with a dual potential to improve and harm us. So, unfortunately, the positive movements of productivity, body-confidence and career advancement which are so present currently can seep into having a detrimental effect if we become fixated on them or victims to the economy surrounding them. So, while I definitely think as a society we are becoming increasingly if not obsessed then at least focussed on self-determinism, with the number of self-employed people rising with each new generation, I think a greater issue is not our society’s obsession, but the tendency of an individual to obsess over self-improvement. An issue which walks hand in hand with the equal threat of perfectionism, as extremity and incessancy carve the industry of self-development into an enemy disguised as a friend. Of course I see the incredible message which self-improvement offers, that of autonomy and success in isolation from social constructs like class or gender, but I hope that through my film I have expressed the negative consequences possible from such self-evaluation and even the potential to lose your identity and autonomy in what can be an impersonal and addictive social trend.

All elements of life are woven into our economy, and self-improvement cannot escape that too. Whenever something is desirable it immediately acquires a price-tag, and there will be companies that seek to take advantage of such an opportunity for profit. This is inherently where the problem of self-development in relation to wellness and particularly body-image arises, as our wellbeing is truly something which thrives best when helped through solely altruistic motives, as achieved by the NHS. Once tainted with the prospect of financial gain I challenge anything not to become troublesome.

Do you think VR products like Being Better are coming soon?

There are already an uncountable number of self-improvement or self-development courses online, and with our movement towards increasingly interactive technology I see products like Being Better as very much ahead of us.

The more unique aspect of Being Better as a course was not the VR experience, but rather that it focussed on self-improvement as a whole concept, incorporating multiple areas of the participant’s life rather than merely a professional, physical or emotional focus. However, I see this too as equally plausible and profitable as it is an all too human emotion to feel insufficient without a specific awareness of what specifically has caused that feeling.

Emma is a New Creatives film artist, supported by Rural Media, BBC Arts and Arts Council England. Check out our New Creatives coverage in the New Creatives Voicebox. You can also read our review of 'Being Better' here. 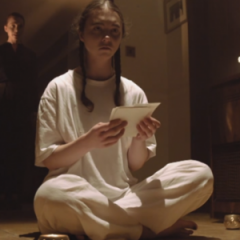 We talk to Emma Robinson about her New Creative short, 'Being Better'. 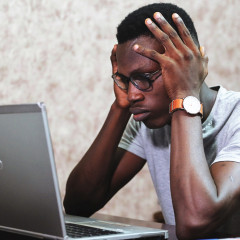