Tom Finlayson was a junior 2020 Orwell Youth Prize winner, responding to the theme ‘The Future We Want’.

What was the inspiration for your piece?

My story is a snapshot of the near future, about a lorry driver who visits a service station.   This journey reveals some of the things that have changed in my imagined future.  A service station seemed like an appropriate setting to capture everyday life, as a place that almost everybody has been at some point.

My story is set in a world where finite resources have finally run out and the damage caused and significant changes can be seen everywhere.  The possibility of a disastrous economic crash because of a lack of coal, oil and gas will be a real risk in our coming years.

I also considered the increasing use of AI and robotic technologies to replace human workers.   The main character is himself an outlier in this future world as one of the last human lorry drivers; they have all been replaced by self-driving ones.  The use if AI has the possibility to disrupt many different sectors and cause massive unemployment.  This will also come with the risk of a small number of corporations taking in massive profits from the sale of technology while millions are left with little or no income.

These two issues combined would lead to massive unemployment, poverty and increasing inequality, as shown in my story.  My piece was inspired by this real life possibility.

Why did you choose the medium of your chosen form (poem, fiction, essay etc) to communicate your idea about the future?

I chose to write a short story as it seemed the best way to communicate my idea.  In my opinion telling a story is the best way to get a point across.  It is easily understandable while also being an emotive tool that can give deeper meaning to facts and ideas.  To read about economic predictions is one thing – but to walk in the shoes of a normal person in the desolate reality of the future we may be headed for is another.

What is your one tip to young writers?

The most simple but effective way to improve your writing is to read.  This exposes you to new forms, methods, ideas, subjects and words.  From there any writer can develop and improve their work.

Another extremely useful tip: use a thesaurus.  Whether a word is on the tip of your tongue or you just want to widen your vocabulary they’re always handy.

Given the global pandemic, has your idea about the future you want changed since you wrote the piece?

I think coronavirus and lockdown especially has made people reconsider what really matters to them.  Although quite often challenging and definitely boring, lockdown has made people appreciate the little things more; in particular seeing friends and family.  Personally, I found the shift from seeing my friends almost every day to not at all an unpleasant shock.  Now though we can hopefully return to normal bit by bit, and like so many others I now appreciate seeing my mates more than ever and have learnt not to take even the small things for granted.

Which writer/s most inspire you and why?

The writer that most inspired me to write this story is definitely George Orwell.  His book 1984 particularly influenced me.  The political dystopia that forms the backbone of 1984 is one deeply rooted in the real issues of the day.  Although a work of fiction, the book epitomises the fear of what the real world might have looked like if things had gone differently.  In a similar way I wanted my story to capture yes a dystopian future, but one that is based on the issues of now and isn’t out of the realms of possibility.  Hopefully, however, it will remain a work of fiction.

You can read 'Not So Welcome Break' here. 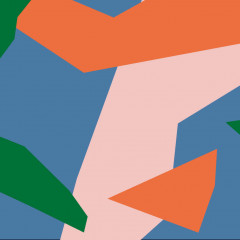 Tom Finlayson was a junior 2020 Orwell Youth Prize winner, responding to the theme ‘The Future We Want’.