"I know that all the amazing women I see around me are capable of everything I do, but often, they lack that confidence. They are overwhelmed and shaped by the negative associations made of us."

I am an East-Midlands based artist, working in storytelling across a range of artforms (predominantly film).

I am the founder of an organisation called The Curious Observer, a brand that puts mental wellbeing and social change at the heart of all it's creative storytelling – whether this be through creating marketing films for NGO's and community groups, delivering personal development workshops and lectures, or using film and audio production to help service users process trauma.

Moreover, I am currently studying a PhD in Narrative Psychology – researching the way that we measure and attribute value to arts-for-wellbeing services, so that their standard can be improved here in the UK.

This audio piece was one of my first pieces of work that tried to take two themes (women's leadership & LGBT+ relationships) that were often talked about with a negative undertone, and see if the use of positive language could have wellbeing benefits for an audience. I wanted women leaders to hear about their worth from the people who arguably love them the most.

What was the creative process behind An Ode To Women Who Love Women?

I applied to BBC New Creatives with an ambitious project that wanted to slowly move from non-rhythmic spoken word, to rhythmic poetry and then to singing and eventually belting. In reality those mediums don't transition into one another as easily as I had hoped.

I started by meeting with Siobhan for a coffee to talk through the sounds I could hear in my head. A couple of hours after our meeting she had already written the music for the piece. She is so good at taking really abstract conversations and putting them into practice.

From there on, it was up to me to write around the guitar she had designed. I sent her recordings of me reading/singing it as I went along, ready for us to bring everything together on the day of recording.

When ready, we both travelled to Hereford where we joined the Rural Media team, our Creative Director - Paul Dodgson and the audio team at KJM studios, to record the final piece. I continued to collect Foley sounds for another month before joining our editor David Jones.

Also a big shout out to our wonderful graphic designer Damini Patel who made some of the most beautiful visuals I could have imagined.

Do you think we as a culture appreciate women enough?

I believe that culture is instrumental to binding communities together and showing us how to compromise for the sake of others in our group. But culture can also be slow to adapt. Our culture centres around historical norms, one of which includes heterosexuality – we assign gendered roles and assumptions to the people we know.

Queer communities, out of necessity, have to create their own cultures. Every relationship is about communication and collaborative design... You have to learn about the futures that each individual involved imagined for themselves, to understand the rules you wish to create as a partnership.

Obviously, every relationship (queer or otherwise) will involve compromise and learning, but in a queer relationship you almost start from scratch. You can never go to your friends and complain about your partner saying "this isn't how things are done", rather you'd be saying "these aren't the rules we agreed to".

That subtle difference gives power to the individual. It dares you to be who you choose to be and gives you the freedom to justify that identity. That's a game-changer when it comes to leadership.

As a female leader I can be who I am, naturally, without concerning myself with the stereotypes assigned to my gender. Walking into a room with that self confidence grabs people's attention. I am so often told that I have a type of quiet confidence they have never seen before... one that makes them want to pay attention.

I know that all the amazing women I see around me are capable of everything I do, but often, they lack that confidence. They are overwhelmed and shaped by the negative associations made of us.

Those associations often take place on a subconscious level – both for the female leader and the people around them. I figured an audio piece that joyfully challenged that narrative, could be the first step in empowering them.

Who are some women that inspire you?

I've come in contact with some incredible women who have shaped my understanding of female leadership. Those that stand out have found their own style of leadership and have allowed it to flourish.

That story starts with the women in my family, in particular my mum. She is seen as the alpha in our family, yet she has endless hugs to offer out, she will discuss any taboo subject with us without hesitation or awkwardness, and she is analytical and organised but is willing to push herself outside her comfort zone in an effort to understand us.

But to be honest, some of the people who have been most instrumental in impacting my success have been men, including most notably: Simon Baines, Percy Emmett and Andy Morris. Moreover, some of the kindest, most determined leaders I've encountered are non-binary. I don't believe that, as a woman, I can only take influence from other women.

Read our review of An Ode To Women Who Love Women here. 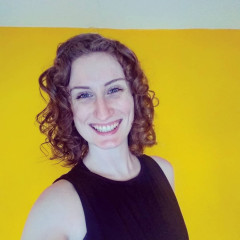 "I know that all the amazing women I see around me are capable of everything I do, but often, they lack that confidence. They are overwhelmed and shaped by the negative associations made of us." 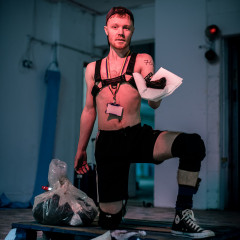