"That's what gaming music does for many, takes us back to those happy times."

I'm Luke Earle, a Narrative Designer at Tactile Games (UK).  Sound of Play is an immersive soundscape exploring the ritual of play and the history of gaming through the years.

What was the creative process behind Sound of Play?

I wanted Sound of Play to explore two aspects: the UK's history of videogames and the sounds of 'play' that have evolved since it's conception.

I knew I needed a composer who had worked on most of these formats I was exploring. I reached out to Nathan McCree, a veteran of videogame composition, his most notable work being the original composer for Tomb Raider. He created 4 unique samples which really elevated the piece  (if you wanted to reach out to Nathan: [email protected])

I went on location at the Computer History Museum in Cambridge to record raw audio of different hardware such as button presses, coin mechanism and submerge myself in the UK's gaming history. In the Rural Media studio, we took these sounds and created the piece.

What's your relationship with video games?

I've been around gaming from a young age. My first experience of watching my uncle play Duck Hunt on an NES. I really took note of games when Tomb Raider was brought home by my Dad, the T-Rex stills send shivers down my spine to this day. My journey really started in 2008, when I purchased a SNES from a car boot for £2. My interest in games evolved, I wanted to know more, how they were made and decided that's what I wanted to do! 12 years later, I'm in my first role as a Narrative Designer developing story.

How important is sound to video games?

I was lucky enough to see the Tomb Raider Suite in concert and the T-rex theme being played by a live orchestra took me back to the age of 5 watching my Dad playing the game. That's what gaming music does for many, takes us back to those happy times.

However, to me, nothing is more iconic than having to blow into a cartridge to get a game to work (which turns out was one of the worst things to do!), something which is so ingrained in videogame culture but doesn't necessarily have a direct link to a game. Each decade of gaming has these moments; the tape being loaded, the disc spinning round, the typing of keys. These sounds need to be recorded whilst people still have the knowledge to work these old computers and consoles.

Do you think more work should be done to preserve games history? What is the role of video game sounds in this?

In the UK we are so lucky to have great videogame museums which do amazing work in preservation. Most recently, the National Videogame Museum launched VHS (Videogame Heritage Society) which, I hope, will encourage more organisation to look at videogames in a different light. Hopefully, Sound of Play has done some work in preserving a different aspect of gaming, but as tech gets older we could lose many other sounds to time.

We have also reviewed Sound of Play, and you can read that review here. 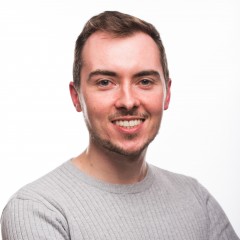 "That's what gaming music does for many, takes us back to those happy times."