"If you’re truly passionate about acting, then stay in the game no matter how hard times get. Your desire and ambition will bring you success, just don’t give up."

Hi Steven! Could you first introduce yourself to the reader?

My name is Steven Blades and I am a screen actor.

Describe your career in 3 words.

Before becoming an actor, you had chosen a very different career. Please tell us more about this story.

It's crazy how one small moment in life can change your whole future. I was 14 years old and we had a careers assembly in school. Two servicemen came to give a talk, one was in the Navy and the other was a Royal Marines Commando.

I was messing about with a mate and the marine gave me a telling off and made me stand for the rest of the talk. At the end I approached him to apologise. He gave me a leaflet and told me to sort myself out.

I began researching the Royal Marines and found out that they’re an elite unit with the most difficult and longest basic training in the world. That was it - I was hooked and knew I’d found my next challenge. I trained for the next 2 years to get myself physically and mentally ready for the 32 weeks of basic training. I ran 10-20 miles per day with a rucksack full of potatoes, bottles of water, anything that would add weight.

I entered Royal Marines Commando basic training at the age of 16. Towards the end of my training, I acquired multiple injuries including a broken foot. However after the correct rehabilitation, I successfully completed the 32 weeks training and received my coveted Green Beret. This was without doubt the proudest moment of my life. I was drafted to 45 Commando before joining Brigade HQ in Afghanistan on Herrick 09.

I left the Royal Marines in 2010 quite suddenly due to being medically discharged. I was involved in an incident which left me without the use of my right eye. After leaving the marines I began Personal Training and also provided Close Protection to high profile individuals. I was also contracted to protect commercial vessels and their crew from Somali Pirates as we transported the ships across open waters.

For the next few years I jumped from job to job, never really truly coming to terms with the fact that I was no longer a Royal Marines Commando. I’d lost a huge part of my life and obviously this had a huge impact on my mental state. I became depressed and very nearly took my own life. I’d reached a crossroad -  either give up completely or make a huge change.

Thankfully I decided the latter and attended a small acting class in Sheffield. Acting had always been a passion, but I’d always seen it as unattainable. I took that class in June 2013 and by September that very same year I’d sold my house, my car and pretty much everything I had and moved to London and begin working as a supporting artist. 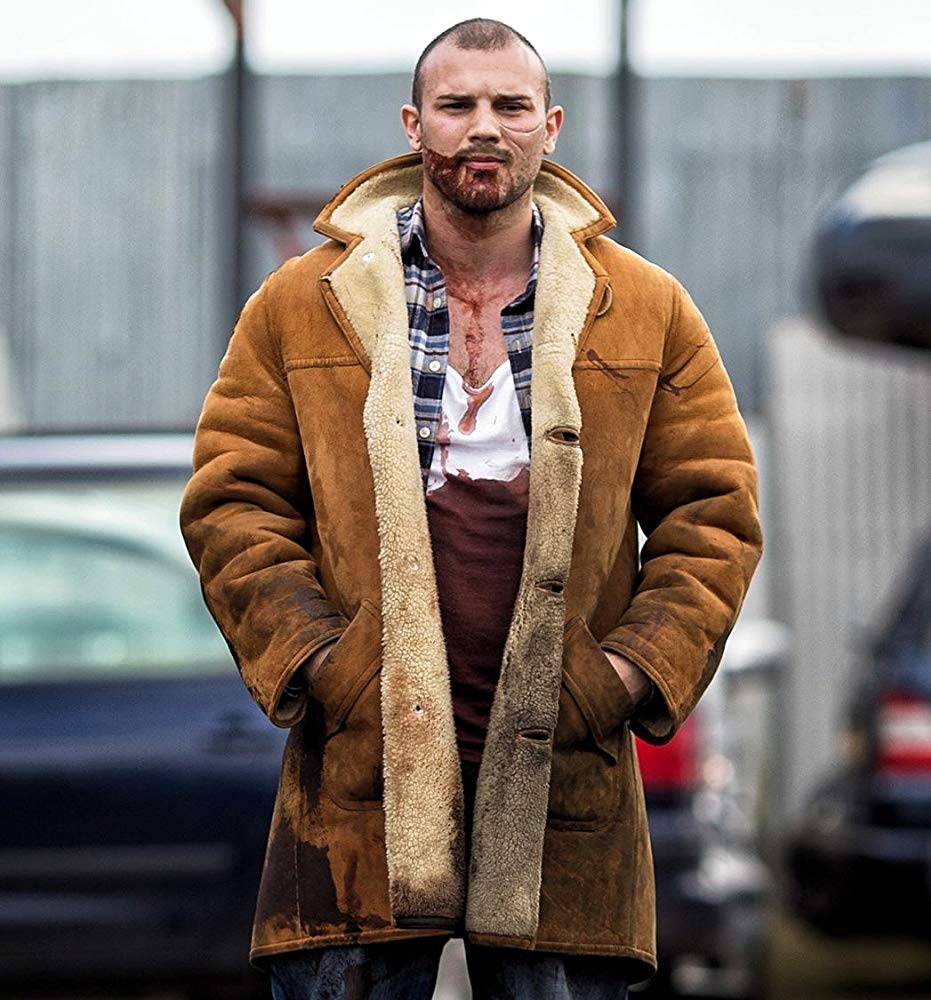 How does your former role with the Royal Marine Commandos now help you in your artistic work?

I’d say the self-discipline and timekeeping that was instilled into me at such a young age gave me the right mindset for this industry. Organisation also plays a huge role within my career, especially when it comes to researching a character and the preparation that’s involved.

Accepting a role is a huge responsibility and I have to be prepared to fully embody the character. My background also gives me the upper hand when I take on a film that involves military tactics, hand to hand combat or weapon handling. When you’ve spent years doing it for real, adapting it for screen becomes fairly easy.

What has been the highlight of your artistic career so far?

It has to be Coronation Street! I appeared in one of the Christmas episode of 2019. Growing up me and my mum would always watch it, so being given an opportunity to be a part of it was a real milestone in my career.

I take inspiration from many aspects of life, whether it be from a person on the street or someone I’ve seen on screen. The one thing I’ve tried to do within my career is find what makes me unique and work on those characteristics.

The one guy in this industry who definitely influences me to work harder has to be Dwayne Johnson. His work ethic is incredibly inspiring.

Tell us more about a project you’re currently working on.

I’ve actually just finished filming ‘400 Bullets’ directed by Tom Paton. I’m not going to give too much away but what I can say is that it’s a military-based action film. It’s got plenty of ‘edge of the seat’ moments and filled with an incredible cast. The film is lead by Andrew Lee Potts, Jean-Paul Ly and James Warren who, of course, plays an absolute badass!

Another film I’m very excited about is a production that’s currently being made, which is based on a very dark period of my life. I’m making the film with Nick Cohen, a good friend and an even better director. We go way back - this will be the 4th film we’ve made together.

Did you face any major challenges during your artistic projects?

Yes, I’ve faced a couple of challenges. The worst has to be when I broke both my wrists whilst filming ‘God Save The King’. My horse threw me off during a take. I landed on my head but managed to take most of the weight on my hands, resulting in two snapped wrists. My bones were re-set and both wrists were put into casts.

The dilemma was that we were only a third of they way through filming. The next day, I swapped my sword for a lighter wooden one and we redesigned my costume to cover the bulky casts. Luckily it was a medieval film so I have plenty of armour and leather to work with. We managed to finish the shoot and the film even went on to win some awards. The pain was definitely worth it!

Passion and determination is everything. If you want to become an actor/actress then you need to be prepared to take the rough with the smooth. It took me 3 years of constant hard work to get my first paycheck for acting services. I was broke and in debt up to my eyeballs, but I didn’t care because being an actor to me is more than just a career, it’s what completes me and puts fire in my belly when I wake up each and every morning.

You may come into this industry and get a lucky break early on (which is great), however you need to be prepared to work for 5, 10, 20 years before you get your big break. This is how you know whether acting is something you are truly passionate about. They say that an overnight success takes ten years. Think back to when you saw a new face in a big production and questioned how they got the role when they’ve come out of nowhere. If you look them up, the chances are they’ve been in the industry for years and maybe even in things you’ve seen before. If you’re truly passionate about acting, then stay in the game no matter how hard times get. Your desire and ambition will bring you success, just don’t give up.

How can people find out more about yourself and your work?

My website is most probably the best place to go to www.steven-blades.com I also have a YouTube channel and you can find me on Instagram @steven__blades. 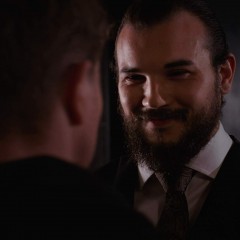 "If you’re truly passionate about acting, then stay in the game no matter how hard times get. Your desire and ambition will bring you success, just don’t give up."