"Messiah is a story about young people who paid the ultimate sacrifice for their beliefs. We see time and again how the young people are able, through their unique perspective, to see what the rest of society cannot."

Hi Jesse! Could you first introduce yourself to the reader?

Hi! My name is Jesse and I’m the Co-Writer/Director of Messiah and the Artistic Director of Bear Trap Theatre. We create classically inspired new work through a combination of writing, devising, improvisation and play. We’re based in Wales and the South West, but we make work all over the UK and beyond!

What is the premise of Messiah and what inspired this work?

The piece is inspired by the life of Black Panther leader Fred Hampton and the events surrounding his death in 1969 during a targeted police raid.

Our piece starts during a police re-enactment of the raid for local TV news - an event that actually happened – but rather than completing the re-enactment, the police officer is confronted by a reincarnated version of Fred, who interrogates him about the justifications for his death.

2020 celebrates the 50th anniversary of Fred Hampton’s death. Why is it pertinent today to tell Hampton’s story?

Fred was targeted by the FBI because he was bringing dispossessed people in Chicago (Black, Latino, White working-class) together under a single banner. He was also negotiating a non-violence pact between the warring street gangs. This terrified the FBI who feared the institutional change that Fred could bring about through such a coalition.

The more we work on this show, the more it’s apparent that we are facing the same forces in our own communities and society: those that pull us together and those that seek to push us apart.

Tell us more about the revolutionary power of young people, and how this theme is included in Messiah.

Fred was 21 when he was killed. By that age, he’d already founded free healthcare clinics and provided free breakfasts for thousands of schoolchildren. Deborah Johnson, his girlfriend who was 8 ½ months pregnant at the time of the raid, was only 19.

Messiah is a story about young people who paid the ultimate sacrifice for their beliefs. We see time and again how the young people are able, through their unique perspective, to see what the rest of society cannot.

What was the creative process like when dealing with a historical story and transforming it into a narrative for the stage?

It required two things: firstly, a lot of research and also an incredible team of collaborators. Thankfully, due to the support of our partner venues and a lot of careful thought about the process of producing, we were able to achieve both of these things.

Obviously, there are ethical concerns when making shows about real people, and the responsibility of this was never far from our mind. However, you have to balance this with your responsibility to the audience.

If anything, I’d say our greatest challenge was being aware of our own bias and ensuring the piece fairly reflected the views of all involved.

We started with what we knew to be factual, corroborated by more than one source. We would then develop material around that idea. Often this would lead us to a bigger, or rather deeper, theme or idea. At that point, we would stray away from strict fact and explore what the meaning of these ideas was for us today. The eventual material was a synthesis between these two things.

This is such a good question and I’m so rarely asked it!

I grew up in rural Somerset where there was no theatre and I was 17 when I saw my first professional play. It was Look Back In Anger with a young David Tennant in the lead role. I remember it feeling like somebody had written the play especially for me.

I’m now heavily influenced by devising companies like Told By An Idiot, Clod Ensemble, and Complicite. I also love the work of Hugh Hughes and Hoipalloi but more than anything I’m inspired by actors. Beyond theatre, I’m interested in traditional crafts and folk arts.

It was very difficult to convince funders of the necessity for a new British play about an African-American man from Chicago. Today we have a strong movement towards local stories for local people, which is vitally important for individuals and communities to feel represented and valued in society. But I think we have to balance this with stories from beyond our shores that remind us of our connectivity to all people.

I was also painfully aware of how my position as a white male could jeopardise the process, either through unconscious bias or the white gaze. Due to the collaborative nature of the process, and my close working relationship with co-writer Paula B. Stanic, I hope we were able to avoid this.

Yes, I think the industry is moving in an interesting direction. Whilst it may be slow progress, we are definitely making strides in awareness of the complex and varied pressures facing artists.

However, the structures for how people enter the industry (drama schools, university, artist development schemes) often escape scrutiny because they are not as visible. The change we need is structural and these systems need to be overhauled.

I also think we need to think more adventurously about who are audiences are and be unafraid of taking work off the beaten track.

What advice would you give to young people who wish to pursue a career in the arts?

Make your own work. It is the only real control you will ever have and the only way the industry as a whole will evolve. 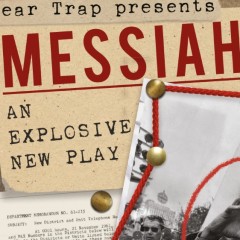 "Messiah is a story about young people who paid the ultimate sacrifice for their beliefs. We see time and again how the young people are able, through their unique perspective, to see what the rest of society cannot." 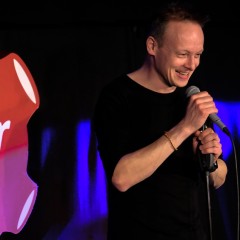