Voice MagInterviewsWant my job? with Ja…

Want to work in theatre? We talk to James Barry about what it's like to be in charge of the pantomime at Theatre Royal Winchester...

Hi James! Could you first introduce yourself to the reader?

Hello, my name is James Barry and I am a theatre writer and director. I am responsible for the pantomime at the Theatre Royal Winchester. This year the panto is Dick Whittington and it runs from Saturday 30th November – Sunday 5th January.

I'm not sure there is a “typical day” in my job. But over the course of the rehearsal period, I need to rehearse the cast while at the same time pulling all the other parts together and putting the whole thing on stage in time for opening night. As well as the script element of the show, there are the songs and music, support cast, costumes, sound, lighting, set and staging, and much more.

To an extent, it all tends to be created in isolation and then brought together towards the end of the process. There are other people who are putting these different aspects of the show together, but I'm the person who has the overview and knows where, when and how they (hopefully!) fit together.

I love seeing a show that starts with a blank computer screen early in the year grow into a complete show on stage by Christmas. It's a scary thought in January, when I first boot up my laptop and know it has to be delivered, but there’s always such a buzz when it finally hits the stage.

Although I'm working on the show on and off throughout the year, the most challenging part is production week, when you have to gather all the elements together and you're up against the clock. Everyone is tired, but it's at that time you need to be most clear-headed. I won't say I don't like it, because it's a great job to have, but these are the times when you are tearing your hair out, because things don't fall into place as you'd hoped and you need to come up with a plan B on the spot.

With one or two exceptions, I am proud of every show I've done. I will leave ranking them to others! You never set out to make something that isn't your best possible work.

I worked in non-arts jobs before I went to drama school, but have been involved in theatre ever since. This is my 40th year.

I'm not sure I could pick out one particular thing but sometimes (fortunately this is rare) you need to make radical changes to a show very late in the creative process. It could be because you've lost a member of cast, realised a scene isn't working, or discovered that Act 2 is a song short. Solving those kind of issues and still getting a performance up and running on time is where years of experience, plus having a team of people around you that you know you can rely on, really comes in handy!

In general, I would say that performers nowadays have a broader skillset. In my day, you were an actor, or a dancer, singer, whatever. But now everyone seems to be able to do everything!

I wasn't interested in theatre until I was 18, so I'd probably tell myself to get along to a theatre workshop and get the bug two years earlier!

Learn from others throughout your career. And don't just go and see things you know you'll like.

Dick Whittington at Theatre Royal Winchester runs from Saturday 30 November 2019 – Sunday 5 January 2020. Join Dick and his cat on their mad-cap adventures, as Dick seeks his fame and fortune in a London ravaged by the sinister King Rat and his rabble of Revolting Rodents. Filled with hilarious gags, original songs and loads of audience participation, it's the 'purrfect' Christmas treat! For more information and to buy tickets visit www.theatreroyalwinchester.co.uk/whats-on/dick-whittington 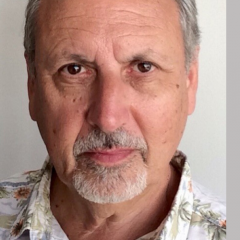 Want my job? with James Barry, theatre writer and director

Want to work in theatre? We talk to James Barry about what it's like to be in charge of the pantomime at Theatre Royal Winchester...