"We are called a movement because we don’t want to be a stagnant organisation; our aim is to grow with the ever-changing needs and voice of our community."

My name is Maria Gbeleyi and I’m the COO of Brown Sugar Movement. We are an online platform dedicated to Black British women, including the representation and celebration of all our diversity.

We are called a movement because we don’t want to be a stagnant organisation; our aim is to grow with the ever-changing needs and voice of our community. My best friend Olivia Fraser and I have wanted to create something for people like us for years. Two years ago the concept was born. Olivia said, “Maria, I’m not asking - I’m telling you. We are going to build something for Black British women, are you onboard?” And I was.

What is the premise is Brown Sugar Movement based on, and what inspired this?

Growing up as a Black British female, you look for icon or representation in the media. I remember watching Trouble and absorbing myself in African American culture. As I got older I was so inspired and a little jealous of what they could accomplish in the spirit of building up each other and creating their own spaces.

Olivia, our CEO, will tell you that as a Beyoncé fan she saw a picture of Beyoncé in a Brown Sugar top and thought YES - that’s exactly what we are! For both of we were inspired and impassioned by the idea of creating a movement like Black Girl Magic by CaShawn Thompson in 2013, but with the specific emphasis on Black British Females because it’s what we wanted when growing up.

You highlight “Black Business” on your website. Why do you think it’s important to emphasise this?

Black Business is all about empowerment. We are in a time where more and more people are pursuing their passion independently and starting up small businesses. People always say “support black businesses”, but to be honest a lot of people don’t due to bad experiences.

Not every black business is a good one, which is why we shine a spotlight every week on a business run by a Black British female that is reputable and reliable. We want to encourage and empower those who are doing amazing things in their field, but also we want to partner them with future customers so that they can prosper. Sometimes you just need that little bit of acknowledgement or promotion to keep going or boost business, and that’s what we want to do for Black Business.

Do you think a cultural shift needs to occur in order for Black British women to be recognised? Why hasn’t this happened already?

Definitely. For some reason, successful Black British women are still treated like the outlier and not the norm, despite statistics and numerous examples that prove that the demographic of Black British women is often the smartest in schools and the hardest working in business.

However, we still live in a time where successful Black women are torn down and harshly critiqued at every turn. For example, look at what happened with Dianne Abbott when she was recently racially attacked on national TV, then berated by the press for drinking in the tube. This is a woman who has been a career politician and has made amazing and important changes in her community and party for over 30 years. The mockery and belittling is constant.

I do think that a shift has already begun, though. Social media a huge part of that - shout out to Black Twitter! We have a way to share our voice and make changes and the impact that an online movement can make is outstanding. We believe that if Black British women are highlighted more, the people will do the rest. It’s time for us to be our cause and champions.

What happened at We Got tha Sauce?

Wow! This was our first event last summer in Peckham, and one of our proudest moments. It was our first step with taking our movement beyond the internet and creating an event where the creative voice of Black British women could be celebrated.

We had amazing art from Black British female artists on display at an all-day free gallery in the Drummer Boy Store. I’ll never forget how many people came up to me that day and thanked us. I saw black girls get emotional and explain that they had been craving something like this. This is the thing all people want to see themselves represented in the things they experience, and when that finally happens you realise how long you’ve been in deprivation.

In the evening we had an array of creative performances, spoken word artists, singers, and the gallery artists explain their work and inspiration - all black women. The best thing though is that we had such a mix of attendees, different races, ages, men and women but the difference is Black British women were not the minority in the crowd. I MC’d that night, Olivia DJ’d and the vibe was just perfect!

What have you got planned for the Brown Sugar Awards 2019?

We have fantastic performances by DVTN, Azryah and Lioness. It’s important that we create opportunities to not only showcase upcoming talent but also celebrate the success of such a major breakthrough artist like Lioness. We are also hosting young women from different organisations such as Miss Nigeria UK, Mentoring UK and Milk Honey Bees - it’s so important for the younger generation to see what they can aspire to.

Another exciting thing we have in store is a raffle on the night with the chance to win 2 Gold VIP tickets for Destination Dubai with 50% of the proceeds going to Sickle Cell Society, which is a cause close to our hearts because I suffer from sickle cell disease. There is a lot of exciting moments on the night including our after party with Diverse Nights at Mint Leaf Bar.

Just like the Black Business page on our website, we want to specifically highlight women who are working hard in their individual fields and deserve the recognition and reward. Usually when Black British females do get acknowledged it’s because they have made it big in some way. We wanted to uplift young women who are still up-and-coming. Already, we’ve had feedback where nominees said they almost gave up on their craft and this was the encouragement they needed. This lets us know we are doing the right thing - we are doing what’s needed. Now we want the support of the people because it’s the people who have the power to make it annual and to make it matter.

I know that Olivia is heavily influenced by Oprah, Ava Duverney and Beyoncé. For me, it’s Shonda Rhimes, Keke Palmer and Jada Pinkett-Smith. I never noticed that these black women have in some way been the first to do something in their fields, be it creatively or actively for their community. Hard work, a passion for our people and expressing it in everything we do is vital. Olivia expresses herself through directing and I express myself through acting; both of us are just getting started because our end goal is an empire and legacy that changed lives.

Have you faced any challenges during the process of establishing Brown Sugar?

Of course! From budgeting to staffing issues, it’s all been such a learning curve. I never consider anything a failure but simply an opportunity for us to grow and improve. I think the biggest challenge we faced was realising that only we would have the level of passion and determination for our goal that we have, it’s naïve and even unfair of us to expect the same energy to others who are not as invested: this is a calling we believe God put on our hearts, not theirs.

We’ve learnt the difference between collaborators and partners - we keep our team to just the two of us and collaborate with others as and when needed. I love that we can always depend on each other. I could be sick just of hospital, Olivia could be juggling a thousand things and be out of the country but we can always rely on our team of two to get the work done!

Do you have any advice for young people interested in getting involved in Brown Sugar, and how can they do this?

It is so easy to get in touch with us, we are BrownSuagrMove on Twitter and Instagram and always respond to comments and DMs. We have our contact details on our website www.brownsugarmovement.com and we encourage young people to share with us their interests, talents and ideas.

Is there something you’d like to see us highlight on our website our socials? Is there an event you think we should put on? Is there a skill you have that you’d like an opportunity to put to use? Tell us! Ask us! We want to know.  We are a movement and we can’t move alone. We don’t want to make empty moves, our purpose is to be a reflection of the needs of Black British females. 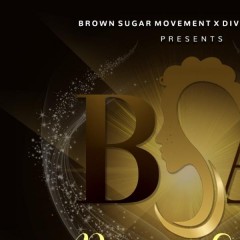 "We are called a movement because we don’t want to be a stagnant organisation; our aim is to grow with the ever-changing needs and voice of our community."