Introducing Julia Donaldson, children's author and creator of "The Gruffalo".

I’m a children’s writer and performer, probably best known for my picture-book collaboration with the illustrator Axel Scheffer (including “The Gruffalo” and most recently “The Smeds and the Soos”).

Tea in bed. Second cup.
Dislodge cats. Get up.
Son to school. Spouse to work.
Sit at desk – mustn’t shirk.
Scratch head. Dream up snail.
Maybe team her up with whale?
Chew pen. What next?
Can’t think. Feel vexed.
Feed cats. Open post.
Read it, over slice of toast.
Little boy wants to know
Date of birth of Gruffalo.
Little girl wonders why
Giant gave away his tie.
Out to shops. Get idea
(Big grin, ear to ear):
Brilliant climax – whale gets beached!
(Rhyme a problem . . . reached? Beseeched?
Leeched? Well never mind, just now.)
Snail then rescues whale – but how???
Back home, get stuck.
Go off snail. Consider duck.
Phone rings. Who is it?
School, requesting author visit.
Check diary . . . shocked to see
Monday, Brookwood Library”.
That’s today! Leap in car.
Thank goodness, not far.
Tell a story, act and sing.
Kids join in with everything.
(Teacher sits there marking books,
Blind to my accusing looks.)
Answer questions. Back to house.
Joined by son, later spouse.
Open bottle. Cook salmon.
Practise piano. Play Backgammon.
Have bath - that’s when
Inspiration strikes again:
Snail could learn to write with slime!
(Quite an easy word to rhyme.)
Crawls on blackboard, leaves a trail . . .
Children run and save the whale.
Story planned! Tomorrow, start
Writing it – the easy part. 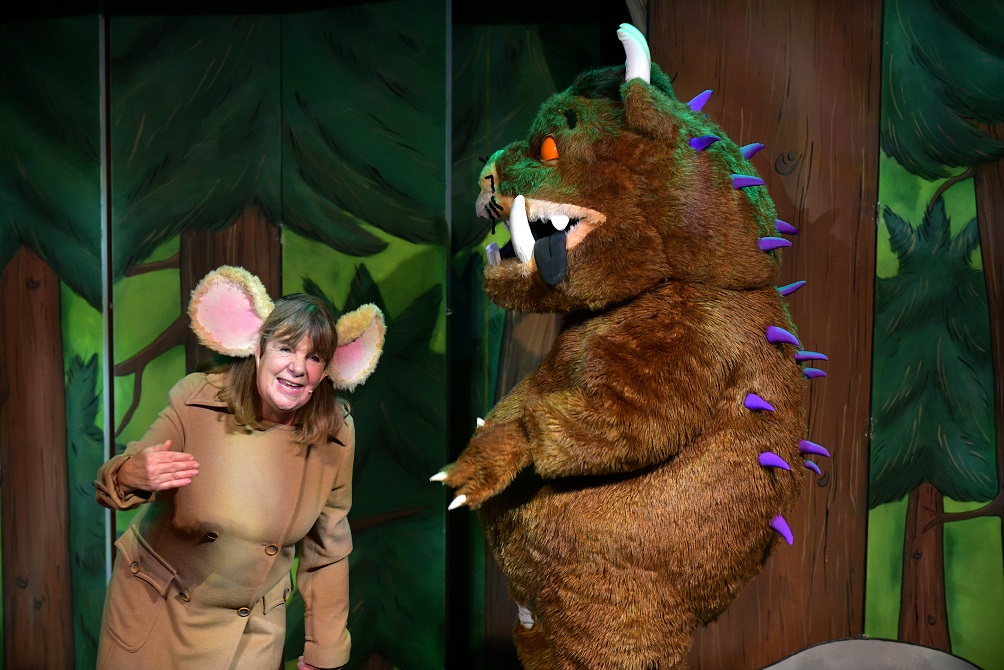 I like the contrast between the solitary and gregarious sides of my life. The actual writing is a solitary occupation, but I do lots of performing with actors, such as “The Witch and the Warthog”.

We’re bringing this show to Winchester’s Theatre Royal in the autumn half term, having sold out at last year’s Edinburgh Fringe. It’s nice too to meet some of my readers at the signings after the shows.

At the moment there are slightly too many events, to the point that sometimes I’m living out of a suitcase.

My intro was through busking in Europe when I was in my twenties. That led to songwriting for children’s television, and the books started when one of my songs, “A Squash and a Squeeze”, was made into a picture book. I did have some ‘going out to work’ jobs before starting a family: firstly in publishing and then as an English teacher, and I’ve also worked for the Citizens’ Advice Bureau. 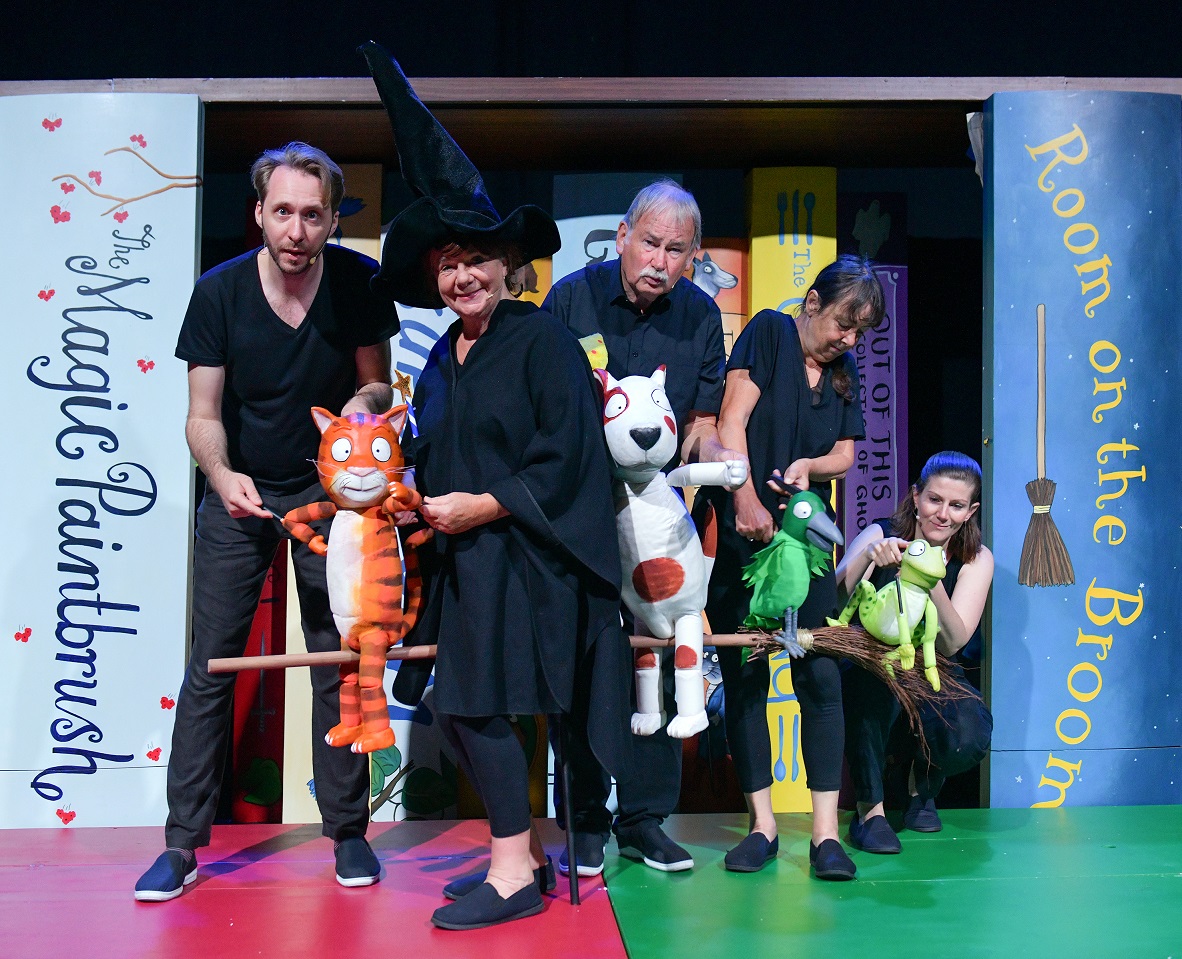 The hardest part of my career was when I was writing songs on a freelance basis for children’s television programmes, and I kept being told either, ‘We’re not at the commissioning stage yet’ or, ‘Oh dear, we’ve just finished commissioning songs’. The only way through was a mixture of persistence and distracting myself with other enjoyable things.

It’s sad when libraries and bookshops close, unable to resist government cuts and online giants. But recently quite a few independent bookshops have opened, which is encouraging.

You’ll get there in the end.

Keep reading and writing – and don’t give up the day job!

“The Gruffalo, the Witch and the Warhog” is on at Horsham Capitol on 28th and 29th October and at Winchester Theatre Royal on 31st October, 1st November and 2nd November. 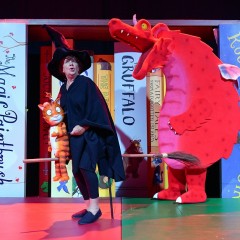 Interview with Julia Donaldson, author of "The Gruffalo"

Introducing Julia Donaldson, children's author and creator of "The Gruffalo".