Voice MagInterviewsWant my job? with Da…

From working in the music industry to publishing his debut novel, find out more about Daniel's diverse career in the arts.

Hey y’all! I’m Daniel Amedee… I’m a writer, musician, actor and producer from New Orleans. I’ve got a meta-physical sci-fi novel called Human World coming out October 28th via Boyle and Dalton. It’s my debut novel and to say I’m excited would be an understatement...

I’ve also been writing music and touring either solo or with my band LIGHT SOUND for about ten years now. I’ve been fortunate enough to perform in 48 of the 50 states (sorry Hawaii and Delaware…), five Canadian provinces and all over the UK and Ireland. My most recent album also inspired my long time friend, Conor Kelly O’Brien, to write a play that weaves in between the songs on the record. So this past month I was in Edinburgh performing the play, STATIC, at the Fringe.

A lot of writing and lot of emails, talking to people, and traveling all over the place… When I'm at home there really isn’t a schedule, but and then there’s a really strict schedule when I’m on the road with the band, performing or working at a festival. It’s a lot of going to where the work is and being as active as possible in different art communities.

The travel! I love people, I love seeing all the ways people are both individual and the same throughout the world. I love to see how people use art as a way to interpret life and how that grows into community and culture. It’s inspiring.

Again, the travel! I love New Orleans and I love being able to be home. Sometimes it’s nice to not always be on the move and to have a place I can ground myself. Pursuing a career as a touring artist means you don’t get to do the conventional things in life, which is amazing but also hard at times.

More recently we did a performance of the play, STATIC, at Clubhouse in Rhinebeck. It’s an amazing studio in upstate New York where The Lumineers and The National recorded albums.

Having a novel about to come out is a major highlight as well. I’ve always been focused on writing music and poetry (fancy way of saying song lyrics) and never really saw myself as a novelist. Then I just started typing and I didn’t stop and then I had Human World, so I’m pretty proud of that.

Despite all this, the biggest highlights are the relationships I’ve developed over the years. The more you do it, the more you realise the entire industry is just people pursuing something they love. Often the arts industry gets clouded with perceptions about egos, but people are just people.

I started out playing in bands in New Orleans and as I got older we wanted to start touring. That’s what got me hooked on the travel lifestyle. I found the more you work in the arts, the more you realise you have to be good at a lot of different things if you want to sustain a career.  So I grew my skills in production and sound design as well aswriting/playing different genres.

Then I wrote a novel… Then my music got put into a play and when someone writes your music into a play and asks you to be in it, you go do it. So that’s how I started acting: it was mainly pursuing the freedom of the lifestyle and being open to working with people and exploring new ideas and getting over the fear of being in over your head. This is definitely a reason why I love working in the arts.

Money. But it’s important to not limit your ideas because of your budget. Have the ideas and then figure out how to achieve them within your means and then trust that you’ll have everything you need.

And then the balance of not giving up and realising it’s okay to take a break. When you pursue a career mainly as a writer, I think you start out with a naive ego. I did anyway, and over the years of not succeeding you grow up out of your naivety and your vanity.  You have to learn to release the attachment you have to your writing while still being able to maintain the spirit that drives it.  It’s a tough balance.

Yes, there have been so many changes! Technology has turned the music industry into the Wild West. No one really knows what’s going on in the music industry - I have a lot more hope for books and theatre because there’s something that can never replace the printed word on paper or seeing someone step into a role on stage. The formats are simple and pure in their own way.

Also, I've found a book is a finished thing on its own. The product of music needs technology to exist. You can’t listen to a vinyl without a record player, or if your phone dies then no more music library, and who has a cassette player anymore? Live music will always be around and people will always want to play music together. But the format for releasing music… I have no idea.

I was sixteen, sixteen years ago!  So much has happened I can’t even begin to think of what to say to me then to prepare myself…  I’m honestly happy with the way I managed to make it through everything. I operated with a much wilder abandon then, which if you know me now is saying something. So I guess I’d say just roll with it, you’re doing fine.

Don’t take anything personally and be kind to people. The arts are a tough industry and the only thing any of us really want is to be accepted and appreciated. 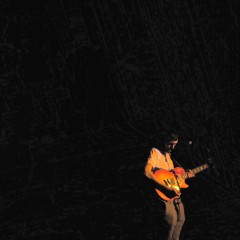 Want my job? with Daniel Amedee

From working in the music industry to publishing his debut novel, find out more about Daniel's diverse career in the arts.