Voice MagInterviewsWant my job? with Ca…

"I try to remember that the idea that we should all earn enough money to buy lots of stuff and own a house etc is a total con anyway. Better to do something meaningful."

Caitlin Skinner, one half of Jordan & Skinner. I am the director of all our shows.

Such a mix. A bit of producing and admin work, which could be booking a tour or talking to a producer or having meetings with people we want to work with on future projects. Or it could be organising finance around projects and writing funding applications. The best days are when we are rehearsing or developing productions. Then I am ALL about the stationary- post-its, sharpies, big paper. The great thing about working with Mel is that there lots of creativity and mucking about involved no matter what we are doing.

It’s so much about collaborating with other people and I love that. I love getting to jump off other people’s ideas and work with their skills and experience. It’s really nourishing.

It feels like it takes AGES to get shows on sometimes. I find that hard. By the time you’ve got money together, found a time when the whole team are available and booked the whole project it can take so long before the work reaches the stage. I find that frustrating.

When the first show that Mel and I made (Sanitise) won a Fringe First Award in 2014 that was such a highlight. We didn’t expect it. It was such strange show and had felt so true to the weirdness that me and Mel were discovering came out when we worked together. So, to get that recognition for our first show, before we were even a company was a really important moment for us and was the real reason we went on to create more work together and become a company.

When I was growing up I loved theatre and performance but it was always a hobby. When I went to University I originally studied English and Politics and wanted to become a journalist, but it didn’t really work out so I dropped out and came to study Drama instead.

Originally, I specialised in community theatre and theatre for development and completed a Masters in Applied Theatre in New York. But, it was always the directing element of this work that I loved the most and so when I started working I fell into working more with professional actors and with writers which I absolutely loved. I sort of merged more into that world and ran a new writing pub theatre in Edinburgh which is where I really learned to direct and work with writers.

It’s been a real mishmash of work since then making my own work, assistant directing, bit of arts admin and freelance directing for other companies. Now I have a steadier portfolio, so I split my time between Jordan & Skinner, a new writing company that we’ve just launched called Pearlfisher and I also work part-time as an Associate Director for Pitlochry Festival Theatre, as well as occasional freelance projects.

It has been challenging financially. Directors do get paid badly and when you are making your own work you end up not paying yourself most of the time. It’s been seven or so years of being totally broke and having to be ok with that. Now things have steadied out more though and I have survived so I feel it was worth it.

I try to remember that the idea that we should all earn enough money to buy lots of stuff and own a house etc is a total con anyway. Better to do something meaningful.

I think the industry is constantly changing, especially at the moment. There is a real hunger and demand for change and it is exciting to see. I just hope the right voices are heard to guide the wheel towards progress, equality and diversity in the industry.

Find your people and make something happen.

Lean into those parts of the job you are bad at or afraid of: whether its marketing, finance or pitching. Don’t hide from them. Get advice, learn and get good at those things so you can be in full control of your work. You can do it and it’s worth it. 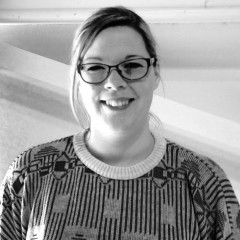 Want my job? with Caitlin Skinner, director and one half of Jordan & Skinner

"I try to remember that the idea that we should all earn enough money to buy lots of stuff and own a house etc is a total con anyway. Better to do something meaningful."